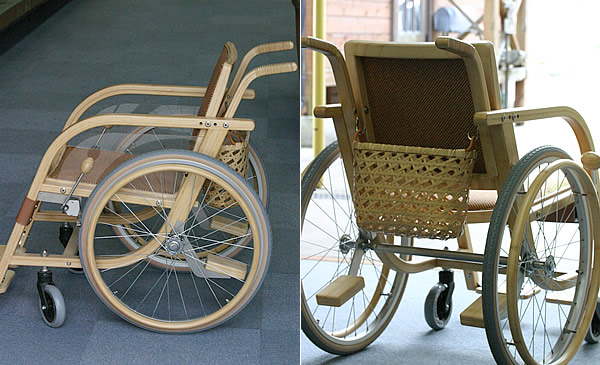 In the early weeks of November last year, a team of young enterprising engineers set off to do something unconventional.

Their talents and dexterity would now be put to the test. Equipped with the idea and learning from the old success stories, they believed it could be done. Indeed, these engineers succeeded in building a bamboo wheelchair!

Working for the Bright Generation Community Foundation with technological support from the Ghana Bamboo Bikes Initiative, Ms  Marjelle Scheffers, a Dutch Biomedical Engineer from the University of Delaware, and Mr Eric Asante, an Engineer with Ghana Bamboo Bikes Initiative, turned the idea from a concept to a physical prototype. It all began with Mr Solomon Owusu-Amankwaah and Ms Bernice Dapaah — Chief Executive Officer (CEO)/Founder — who had brainstormed the possibility of extending the application of bamboo and creating an assistive device to support the many physically challenged in Ghana. When they realised the severity of the current issue of lack of accessibility to wheelchairs, the idea of using bamboo to make wheelchairs became more than just a passing thought. 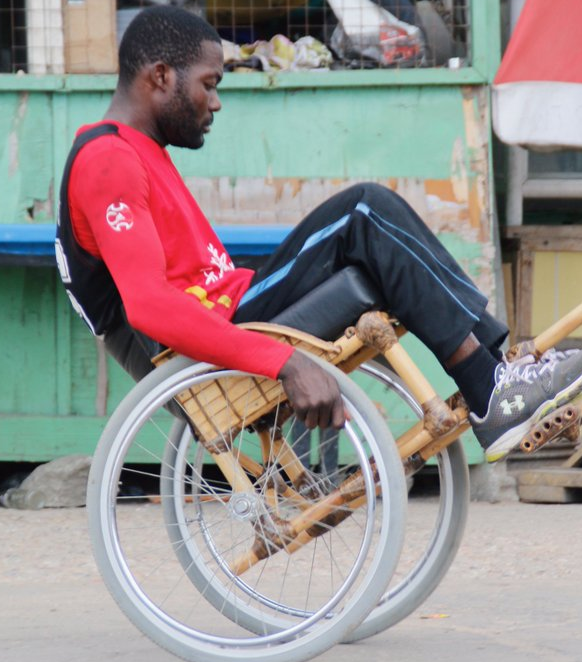 One of the bamboo wheelchairs being tested

Star of the show

Asante had built a rather complex model in the middle of 2016, which had undergone testing by Rhonda, a Canadian Paralympic official, and Raphael, an internationally renowned Paralympic winner of several medals and founder of GoGet Them in Ghana.

Their expert suggestions helped to inform the mechanics of this successful prototype which became the star of the show in the just-ended international competition organised by the Greater Accra Wheelchair and Basketball Team.

According to the World Health Organisation (WHO), an estimated 70 million people worldwide require wheelchairs.

However, only five to 15 per cent of these people have access. The WHO describes the wheelchair as more than an assistive device. “It is the means by which they can exercise their human rights and achieve inclusion and equal participation. A wheelchair provides mobility, ensures better health and quality of life, and assists people with disabilities to live full and active lives in their communities.” It is important that people don’t have access to just any wheelchair, but an appropriate wheelchair. It is crucial for the individual’s health that a wheelchair is fitted to that person’s needs. Depending on their level of ability and their body dimensions, the wheelchair could be modified. Wheelchairs that are not fitted to the individual cause other problems, such as severe sores and stresses and strains on their muscles. The development of this bamboo wheelchair offers a sustainable solution to the lack of accessibility to appropriate wheelchairs, while also providing employment opportunities in Ghana.

Saturday, November 11, 2017 was an exciting day for the bamboo wheelchair team.

Two members of the team, Mr Raphael Botsyo Nkegbe and Mr Maclean Atsu Dzidzienyo, invited them to bring their bamboo wheelchair to Accra. After their practice, the Greater Accra Wheelchair Basketball Team tested the bamboo wheelchair; they did their wheelies, and rode them. Based on their feedback, this very first prototype functioned safely and well.

The team was also excited about the idea of using bamboo, especially the coach of the team, Ervis, who has much experience in the field of the mechanics of the wheelchair, provided the engineers with useful suggestions to further improve the design. The next steps involve a fund-raising project that Scheffers is going to set up. These funds will be used to make the necessary adjustments to the design and to produce a test series to further verify the bamboo wheelchair concept.

The next design will overcome the common barriers to exercise in persons with impairment which include cost, emotional and psychological concerns, fear of injury, and access and affordability of exercise equipment. These concerns are especially troubling to wheelchair users in low-income and developing countries such as Ghana, where affordability and access to equipment can be insurmountable obstacles. It is envisaged that in 2018, the first batch of super-crafted bamboo wheelchair which combines the lightness and strength of bamboo will be distributed at no cost to well over 100 beneficiaries in Ghana, in partnership with the Ghana Federation for Disabilities, the United Nations Development Fund (UNDP) and the United States Agency for International Development (USAID).

In the words of Mr Owusu-Amankwaah, “Bamboo is rapidly emerging on the top 10 list of the world’s most treasured materials and will soon become the material of the 21st century.” No single plant has given humanity so much than bamboo. When you think of bamboo, think green, think of a multi-purpose, highly sustainable resource which holds the key to poverty reduction.