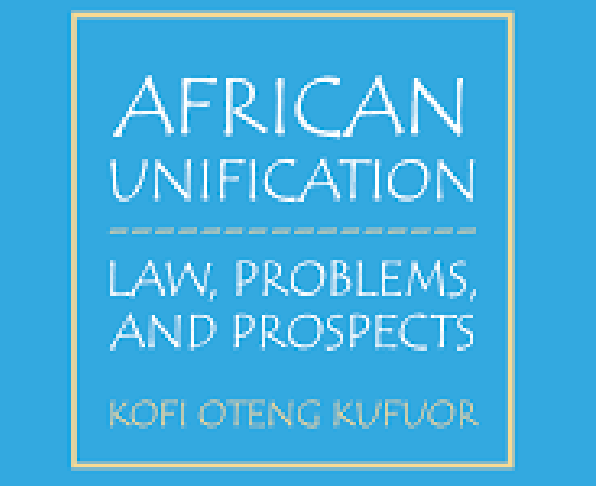 For some time now Pan Africanism as the ultimate unification of the states on the African continent to form one federal sovereign entity has been an ideal whose realisation has been discussed and debated at summits of political leaders, freedom fighters, activists and others.

From about 1900 onwards, there has been global Pan African conferences styled as congresses aimed at bringing Africans on the continent and those in the Diaspora together to agree on a common strategy of ultimately achieving the Pan African vision of a United States of Africa.

There have been eight such Pan African global congresses, the last having been held in Accra, Ghana as recently as 2015.

The common assumption that is shared by all Pan Africanists of the varied perspectives and persuasions is that the unification of African states if achieved would enhance Africa’s economic, political and even security role as a marginalised region within the global system.

As to be expected, scholars and researchers of various disciplines have also contributed to the Pan African discourse on analysing what Pan Africanism is and ought to be and why the dream has not been realised thus far. This problem has naturally prompted scholars to pose several research questions and propositions.

Specifically, over the years, the questions posed by academics have included whether the unification should be gradual, focusing mainly on economic integration, which will functionally lead to a political union; or rather the unification be built on regional blocs, such as ECOWAS, SADCC, EGAD, EAC and others of the like?

Also, should Pan Africanists settle for a minimalist goal of creating African unity instead of taking a maximalist position of continental unification of a United States of Africa as one sovereign state?

Kofi Oteng Kufuor, a Professor of law at the University of East London, is one scholar that has made the attempt to answer these questions in a comprehensive manner in his book, ‘African Unification: Law, Problems and Prospects’, published in 2016. Professor Kufuor employs an inter-disciplinary approach to accomplish this mammoth task.

According to the author, as far back as the 1870s the concept of a supra national entity of all African states starting from West Africa had been proposed by a Liberian intellectual, Edward Blyden.

Further to such proposals, the book cites some pre-colonial attempts that sought to translate Blyden’s concept into practice such as the National Congress of British West Africa (NCBWA) created in 1917.

In this attempt, the author calls attention to the fragmentation of the concept of Pan Africanism and the lack of clarity and cohesion among the scholars and political actors and activists of the day.

The book places much more premium on the Post- Colonial era.

Significantly, the formation of the Organisation of the African Union (OAU) in 1963 is evaluated in terms of its constituent instruments and the treaty to examine the extent to which it sought to achieve African unification.

In this regard, Professor Kufuor concludes that “the OAU became an antithesis of the unification concept, given the sovereignty – protecting clauses of its founding charter”. He concedes that the successor body, the African Union, (AU) Constitutive Act, 2002 made some improvements on the OAU Charter but it was also haunted by the ghost of the OAU and its deference to sovereignty and non-interference clauses of the AU Constitutive Act 2002.

Professor Kufuor having established the stark fact that unification of Africa has not been a success because of the resistance by some AU members, then analyses why this has been so.

In the analysis, he relies on social science and legal theories and models to explain the challenges and here is where his work departs from the standard arguments in the literature and
focuses on new interpretations.

Several factors are examined and assigned as causes for the failure of the African unification project. Firstly, the fact that in Europe, European intellectuals had advocated for European unification as a quasi-federal-system some centuries ago and this part of the European social history imprinted on social memory of the population.

Secondly, the rise of the Roman Empire and the role of the Catholic Church and the promulgation of Cannon Laws laid down the basis of a common legal regime for all the European nations: jus genitium.

Thirdly, the case is also made that in Africa, the creation of the sub regional blocks hinders the ability of the AU to realise the continental unification of Africa, as they act as centripetal forces pulling sub regions away from the central continental authority, the AU. The functions of the AU are also duplicated by the sub regional bodies of ECOWAS, SADCC, EAC, EGAD etc.

Fourthly, the author as a scientist is in pursuit of scientific truisms. In this regard, he discovers in his research that violence does provide an opportunity that breaks bonds of the old order and ushers in new political and constitutional dispensations.

The US is the classic example of how after the violent civil war, a new order, was cemented as an indissoluble federation with the sovereignty of the earlier sovereign units decisively and finally subsumed to the federal order, and new arrangements; by 1868 there was a 14th amendment to the US constitution that consolidated the Federal order.

Thus it was this war that ended the question as to whether the US was a union of independent states in which each unit could reclaim its sovereignty at will, or whether it was de jure a permanent single entity.

Success of the EU

On the issue of the irony of violence engendering political unity, the author argued that the success of the EU as a supra national entity was due in part to the Second World War in 1945.
In fact, a number of theorists are invoked to support this theory of discontinuous change and political orders resulting from violence.

Professor Oteng Kufuor is at pains in arguing, relying on theoretical models and empirical examples world-wide, that for African unification to be actualised as envisioned by Pan Africanists, then intense violent struggles should have been the midwife so as to have enabled a collapse with the past.

This is an impressive work on Pan Africanism and African unification, but there are still some lingering issues that the book did not address. For example, if violent revolutions were the means that could have helped in the unification of Africa, then how do we explain the protracted and violent struggles in the SADCC region in particular, even though they are still operating the sub regional unity framework?

Prof Kufuor, however, does state that by the time Portugal’s African colonies had fought for and won their independence in this region in the 1970s, the unification question had long been settled and thus these developments were not that impactful on the rupture of the old African order which could have helped move unification forward.

There is also a debate that has been gaining currency for about five years now, that Pan Africanism or continental unification is different from Pan Africanism, which is a unification of people of Negroid origin found mostly in sub-Saharan Africa and that the two are markedly different and the agenda is to pursue the latter as feasible and discard the former. This debate is unfortunately missing from Professor Kufuor’s treatise.