Africa’s 3rd term debate: Is Rwanda too good to be true? Some Westerners have called Kagame a ‘benevolent dictator’ 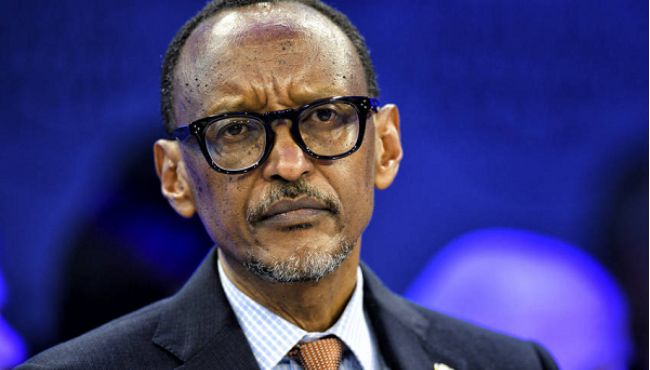 On the back of recent coups on the continent, rigorous discussions within the corridors of power within African capitals have swung between vocalised censure of coups and quiet musings of what can be done to pre-empt them, rather than serving a fire-fighting purpose of waiting for disaster to strike before responding.

One such African leader who has been head-on and frontal in his proposition of a ban has been Ghana’s President and Chairperson of the ECOWAS Heads of Government, Nana Addo Dankwa Akufo-Addo.

In a recent interview, the Chair of one of Africa’s biggest blocs, ECOWAS said, “It’s high time we outlawed third-term presidential mandates in all ECOWAS countries. I feel strongly that it is something we should do to prevent incidents like what we are witnessing in Guinea now. It will go a long way to ensure the smooth transition of power.”

Nigeria’s President Muhammadu Buhari also stated that, “It is important that as leaders of our individual member states of ECOWAS, we adhere to the constitutional provisions of our countries, particularly on term limits. This is one area that generates crisis and political tension in our sub-region.”

For every observer of the geo-politics on the African continent, such words coming from the leader of one of Africa’s most uninterrupted countries, Ghana, as well as the leader of the most populous nation on the continent, Nigeria, imbue confidence that for once a top-down approach on a shared principle across the board has oxygen to give it life.

But wait a minute, are 3rd term bids in themselves egregious enough to warrant a complete ban by regional blocs and the continental bloc of AU?

This debate opens up various lines of enquiry, considering how successful the idea has been in one unique African country, Rwanda, that has grown into a giant from the ashes of war because of the genius of a 3rd-term leader.

But before then, have we all considered what leadership in an African traditional setting for centuries if not millennia have been like?

Kings and chiefs had no term limits before the advent of democracy on the African continent by the white man.

A careful study of leadership or governance on the black continent of Africa points to a lack of appetite to change the man at the top unless he engages in a taboo practice. This tradition seems to have accompanied African leaders into their presidential palaces.

The Emir of Kano, Ado Bayero was on his throne for about half a century. The Asantehene in Ghana has been king for over two decades.

From Kwazulu Natal traditions of South Africa to the beautiful governance traditions of Nubia, Africa is alien to changing leaders only in the name of term limits. The only difference between our kings and elected presidents seems to be smart suits with flying ties.

But beneath that polished Western outlook is still a desire to perpetuate the notion that in African culture, when you are enstooled or enskinned chief, you remain chief till death.

In Africa, a seemingly growing number of attempts by Presidents to overcome or abrogate term limits or make them otherwise ineffective, has ignited a debate about the significance of constitutional engineering and its implications for the rule of law, democracy and the nature of politics in general.

Posner and Young (2007) argue that significant political changes since 1990 have subjected African rulers to more constraining formal institutions such as competitive elections, judicial institutions, constitutions, laws and regulations than they faced in the past, in terms of both politics and policymaking.

Despite these institutional roadblocks to longevity in power, leaders on the continent have devised shrewd means to change the rule of the game to remain in power even when they are too weak to walk or get off a wheelchair.

BURUNDI: In August 2015, Pierre Nkurunziza was again sworn in as President of Burundi. His successful attempt to secure a contested third term plunged the country into severe crisis.

SENEGAL: Former President Abdulahi Wade surprised his nation when he announced plans to stand for a third term, saying the two-term limit did not apply to him because he was first elected in 2000, before the Constitution officially took effect.

SUDAN: An umbrella group of 26 political parties in Sudan called on President Omar al-Bashir not to re-nominate himself for a third term in elections in 2020.

CONGO BRAZAVILLE: President Denis Sassou Nguesso was re-elected President of Congo-Brazzaville after the Constitution was amended to allow him to seek a third term.

He won 60 per cent of the votes, against 15 per cent for his nearest challenger, the interior minister announced.

On July 18, 1940, Franklin Delano Roosevelt, who first took office in 1933 as America’s 32nd President, was nominated for an unprecedented third term. Roosevelt, a Democrat, would eventually be elected to a record four terms in office, the only US President to serve more than two terms.

Even though some will argue that Roosevelt was a war-time President, it is quite informative that the world’s leading democracy found wisdom to skew the Constitution to keep him as President. Is Africa wrong to keep Rwanda’s Paul Kagame who has built his nation from the ashes of war?

More than 98 per cent of Rwandans voted in a referendum to lift the presidential term limit so he could run again.

Some Westerners have called Kagame a ‘benevolent dictator’. Would they apply the same yardstick to the US President Roosevelt who remained in power till his fourth term when he died or such demonisation is only reserved for African leaders?

Rwanda’s situation is unique. Unlike the third-term fever afflicting other countries on the continent, Rwanda is not mired in corruption and economic stagnation.

During the past decade, its economic growth has averaged around seven per cent per year, maternal and child mortality has fallen by more than 60 per cent and near universal health insurance has been achieved.

Also, in just three years, the percentage of people living in poverty dropped from 44.9 per cent in 2011 to 39.1 per cent in 2014. In 2021, the prospects of economic growth for the people of Rwanda under Kagame are even brighter.

Even though there is a growing chorus within the corridors of power in Africa for legislation to ban 3rd-term bids on the continent, the Roosevelt example in the United States and the stellar performance of Rwanda’s Paul Kagame call for a serious meditation on the issue.

The fact that even though democracy offers an equal opportunity for people who deem themselves competent to aspire to the highest office of a country despite their ethnicity, creed or not being part of royalty, evidence abounds that frequent changes of good leaders on the continent has affected the long term development of Africa.

It is, therefore, safe to say that ‘if a leader is good enough and has wide acclaim from the larger population, multiple terms are NOT in themselves a BAD idea after all.’