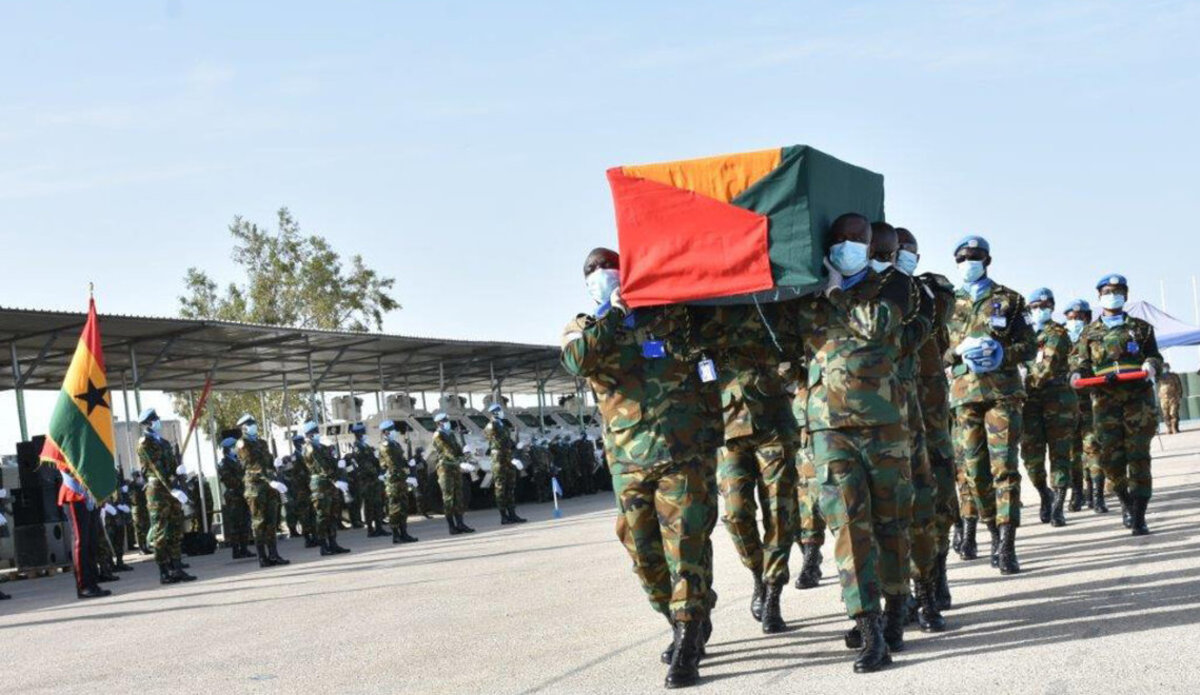 Feedback on my article “Can UN peacekeeping solve Africa’s problems?” has been interesting. Like Oliver Twist, many have asked for more! I have therefore made an unscheduled return to Peace and Security after only a week’s “sabbatical leave” on another subject with “Abusuapanin’s Manifesto!”

Because of the ceiling on words on Features/Opinion articles, I can answer only a few of the numerous questions for now. Some are:

Starting with a brief history of the Ghana Armed Forces (GAF) in Peacekeeping, on Friday 5 November 2020, Ghana’s flag which had flown in the DRC for decades returned home finally with the Ghanaian Battalion, MONUCSO Ghanbatt 15. This is part of the UN’s plan of bringing the peacekeeping mission in the DRC to a close by 2022.

Incidentally, Ghana started her UN Peacekeeping in August 1960 in DRC. Congo Leopoldville then, DRC got her independence from Belgium on 30 June 1960 and became the Congo Republic and later Zaire. The birth of the new nation was a painful and complicated one.

With Belgium reluctant to hand over the mineral-rich nation to the firebrand Prime Minister Patrice Lumumba, it created an unworkable administration, with Lumumba’s rival Kasavubu as President. The Army Commander was Colonel Joseph Mobutu. Meanwhile, Eastern Congo/Katanga was encouraged by Belgium to secede from Congo under Moise Tsombe, while the army mutinied.

To the west, the pan-Africanist Lumumba and protégé of Osagyefo Dr Kwame Nkrumah had crossed the red-line into Marxism and had to be stopped. Lumumba was arrested in September 1960.

Dr Kwame Nkrumah sent Ghanaian peacekeeping soldiers and police to restore and maintain peace in Congo. On 17 January 1961, Lumumba was executed. In 2002, Belgium officially apologized for instigating his murder.

As at 30th September 2020, UN records showed peacekeepers who have lost their lives since 1948 as 4,006. The table below shows countries with the highest fatalities.

Since our debut in Congo in 1960, about 78,000 Ghanaian peacekeepers have served in about 15 Missions all over the world. This includes Liberia, Sierra Leone, Ivory Coast, Rwanda, Egypt, Lebanon, Somalia, Ethiopia/Eritrea, Kuwait/Iraq, former Yugoslavia and Cambodia.

HE Kofi Annan became the UN’s seventh Secretary-General from 1997-2006. General EA Erskine was the first Ghanaian, and black UN Force Commander when he commanded UNIFIL in 1978.

General Seth Obeng later commanded UNIFIL in 1999-2001 after being the Force Commander for the Mission in Angola, MONUA in 1998-1999.
Gen Henry Anyidoho was the Deputy Force Commander in Rwanda in 1994.

Have I ever been shot at? Yes! On my first mission in 1975 with UNEF 2 in the Sinai Desert, I was shot at, at point blank range following a misunderstanding with an Egyptian soldier.

During the altercation, I walked away from him. Just when I was mounting my jeep, I turned to take another look at this insolent soldier.

Two quick shots he fired rang past my left ear. He had aimed at my right temple which would have ensured the blowing off of my head! It was the inexplicable turn of my head to the right which averted being hit in my head. It was nothing short of Divine intervention!

I have consistently admonished politicians not to create conditions to draw UN troops into Ghana. For our peace and international reputation, they must not plunge Ghana into chaos by their unfortunate language, disrespect for each other and desire to win power at all cost. Why put their personal interest above Ghana?

It is not pleasant to have Peacekeepers supervising a country!