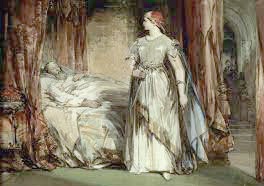 Space-permitting, I would have had a lot to write about the third week of November 2022, including Week One of the Qatar Football World Cup, with Argentina’s shock 1-2 defeat at the hands of Saudi Arabia, and Japan’s stunning 2-1 victory over four-time world champions, Germany.

Ghana’s hopes of beating Portugal in our opening match did not materialise as we lost by 2-3.

However, since I do not have that luxury of space, I will restrict myself to only two stories.

While the first is about a Thanksgiving Service I attended, the second is on Uncle Ebo Whyte’s Roverman production, “Food for Thought” on Thursday, November 17, 2022.

Episode One was the first anniversary Thanksgiving Service of a young man in his mid-thirties who died suddenly in 2021.

Preaching the sermon, the priest made three points.

Firstly, he preached on the brevity of life.

As he spoke, my mind raced back to Shakespeare’s tragedy Macbeth.

On hearing of the death of his overambitious wife Lady Macbeth, who had pushed him to murder King Duncan so he (Macbeth) would be King, and she Lady Macbeth, Queen, he said;

“She should have died hereafter.

There would have been a time for such a word!

And all our yesterdays are but lighted fools, the way to dusty death.”

“Out, out, brief candle! Life is but a walking shadow, a poor player that struts and frets his hour upon the stage, and then is heard no more.

It is a tale told by an idiot, full of sound and fury, signifying nothing!”

Macbeth’s use of “brief candle” signified the shortness of life.

The priest’s second point was on the unpredictability or uncertainty of life! When the young man went to work that morning, little did anybody think he would die that afternoon.

Thirdly, the man-of-God spoke of vanity!

Quoting Solomon, who is said to have had seven hundred wives and three hundred concubines.

Solomon, before he died, declared the hustle in life as all vanity. Humans forget we came with nothing, and will go with nothing!

Putting all together in the young man’s life, the priest preached that the brevity, unpredictability and the vanity of life Solomon spoke about should teach us to eschew greed, corruption and other societal negatives, and lead an honest and decent life of integrity for Ghana to develop.

On his Thursday, November 17, 2022 Food for Thought programme, Uncle Ebo Whyte stated that while there are many good people in Ghana, they appear to reluctantly join the evil ones because evil-doers get away with their evil actions with impunity.

He gave the example of driving or crawling in a queue while others overtake you on the shoulder of the road.

He did not quote Shakespeare’s Mark Anthony’s statement that: “The evil that men do, lives after them. The good is oft interred with their bones.”

However, he stated that evil does not triumph in the final analysis. Evil never wins! He illustrated his point with a rather sad story, which happened in Kumasi in the 1960s.

A bank which was making heavy losses because of loan-repayment-defaults decided to make a change in leadership.

On his arrival in Kumasi, the new bank manager diagnosed that those who owed most were the richest men who flaunted their wealth around.

He gave them an ultimatum to either pay what they owed or be named and shamed. The defaulting rich men did all they could to influence him.

Having failed with that, they asked the Head Office in Accra to withdraw him.

Because the manager was in Kumasi only temporarily, he left his family in Accra.

He, therefore, worked late into the night before leaving for the bank’s Guest House, where he stayed.

One morning, Kumasi awoke to the news that the bank manger had been killed and his body set ablaze in his car!

Rumours were rife about a known bouncer of a cinema-house leading three men to perpetuate the crime.

Over 30 years later, as the bouncer was dying slowly in hospital from an unknown disease, he made a confession like Shakespeare’s Lady Macbeth did in her “sleep-walking” scene in the play Macbeth!

Walking in her sleep, she said “here is the smell of blood still.

All the perfumes of Arabia will not sweeten this little hand. Oh, oh, oh!”

Having been contracted by the three richest men in Kumasi who owed the bank, the bouncer led a group of three young men to kill the manager on his way from the office late at night.

He said all three men went mad before dying.

As for the three rich men, they died of strange ailments after their businesses collapsed and sentenced them to poverty.

Their children had all become junkies and beggars.

Uncle Ebo concluded by saying that even though all the rich men, the bouncer and assassins escaped the law, they did not escape Nature’s justice. He added:

In the heat of the 1979/1981 coups, some people took the law into their own hands and killed innocent people. Indeed, there are reported cases of some settling personal scores by killing others.

While some are known to have died of strange disease, others are said to have gone mad, or both!

For those who are alive, like the killers of the bank manager in Kumasi, they may have escaped the law!

But they will never escape Nature’s justice.

Even if they appear to live normal lives, one wonders how they sleep at night with their consciences, with the blood on their hands.

Putting the two episodes together, Ghanaians are exhorted to note that, in Chaucer’s words, “greed or the love of money is the root of all evil,” and that a good name is better than riches.

The young man in Episode One died in his mid-30s without money, but with a great legacy.

The rich men in Kumasi, who committed murder, as well as their accomplices all died miserable deaths, with their families disgraced permanently.

Martin Luther King said in 1968 that “the arc of the moral universe might be long, but it still bends towards justice!”

Evil does not triumph in the final analysis. In the end, evil never wins!