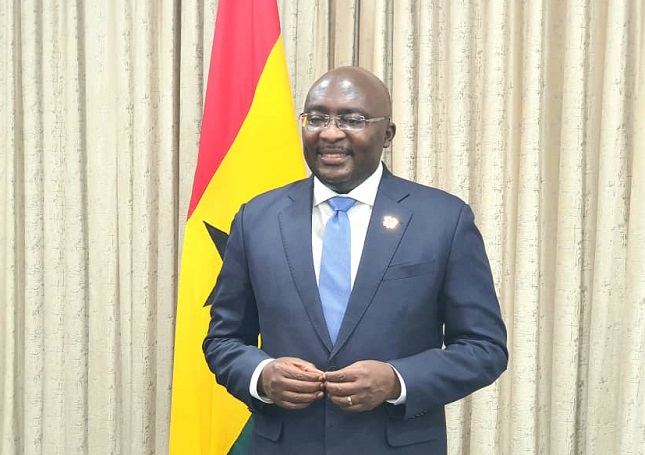 In democratic dispensations all over the world, presidential running mates are carefully selected, with the hope that they impact positively on presidential campaigns, and after a successful election, become, hopefully, effective partners to the main man, the President.

However, the ability of a Vice President to make a meaningful impact with his position depends largely on the constitutional mandate of a Vice President in a jurisdiction, and again, to a larger extent, the brilliance, intelligence and ingenuity of the individual.

Even in the United States, which is widely considered the world's most advanced democracy, the role of a Vice President, as defined by the American Constitution, is extremely limited. Apart from being the President of the Senate, with only a casting vote when senators are deadlocked, other roles of a US Vice President are non-defined responsibilities often performed on behalf of the President.

This limited role has left several US Vice Presidents making a little impact during their time, with Dick Cheney, considered a rare exception, as the most impactful US Vice President in history, due to his own personal efforts.

Indeed under the Fourth Republic, the chequered history of Vice Presidents, and their thorny relationships with their Presidents, are well documented.

The first Vice President of the Fourth Republic, Kow Nkensen Arkaah had a spectacular fallout with President Jerry Rawlings, leading to an embarrassing physical attack of the Vice President by the President.

The second Vice President, the calm John Evans Atta Mills, did not, or was not allowed to make an impact, due to heavyweights within his own party at the time, who had more political clout, and therefore completely overshadowed him. The situation made Vice President Mills a peripheral Vice President who was reduced to chairing meetings, welcoming foreign dignitaries and attending functions, on behalf of his boss.

Alhaji Aliu Mahama, the third Vice President of the 4th Republic, did not have a contentious relationship with President Kufuor, but due to the limited constitutional roles, the affable Aliu Mahama played a limited formal role in Kufuor's government, leaving him to focus largely on a national campaign for greater national discipline - an effort which earned him plaudits.

John Dramani Mahama, the fourth Vice President in the fourth Republic, stayed within his comfort zone as required by the constitution, and limited himself to attending events on behalf of the President. There were reports of high-profile disagreements between him and close allies of the President.

This is a summary of the limited roles Ghanaian Vice Presidents have played, and clearly the little impacts they have made, largely as a result of their limited and undefined roles by the 1992 Constitution.

One widely known role assigned Dr. Bawumia, is the Economic Management Team, which he was asked to chair. However, the EMT, on its own, has no authority to take decisions without recourse to Cabinet. At best the EMT can only make recommendations to cabinet, and whether the recommendations are accepted or not, it is the end of work by the EMT, and this has the potential of rendering the head of the EMT, and the EMT itself, completely ineffective.

Notwithstanding these limitations, Dr. Bawumia, as VP, has had an outstanding impact through the transformational policies he has championed as Vice President, by going beyond the limited EMT role.

Unlike his predecessors, who limited themselves to their constitutional roles, and merely acted as representatives of the President at meetings and festivals, Dr. Bawumia has made the position more relevant through his foresight and spearheaded many transformational policies, which have not only endeared the NPP Government to the public, but are also making meaningful impacts and transformation on the Ghanaian people.

When mention is made of Dr. Bawumia’s remarkable impact as Vice President, what easily comes to mind is his excellent job with the country's digital transformation. But beyond this, are other transformational policies in healthcare, education and infrastructure projects, he has championed.

Senior figures within the Akufo-Addo government, often credit Dr. Bawumia and commend him for coming up with over 20 major transformational policies of the government, and also championing their successful implementation.

Some of the transformational policies, services and projects Dr. Bawumia has championed are:

*Zipline Drones for delivery of medical supplies (Omenako, Mpanya, Vobsi, Sefwi Wiawso, Anum, and Kete Krachi), which has made Ghana the country with the the largest medical drone delivery service in the world!

*Mobile Money Interoperability between bank accounts and mobile wallets - first in Africa. This has made Ghana rank first in Africa in terms of access to financial inclusion.

• One Constituency One Ambulance, the policy which provided all 275 constituencies with brand new ambulances.

- GhanaPay mobile wallet by banks- Ghana is the first country in the world to implement this.

o Paperless Ports, which has increased efficiency and revenue mobilisation.

o The Ghanacard as a travel document to travel to Ghana

o Ghana.Gov Platform for the delivery of Government services

* exchange of Gold for oil imports program - a transformational policy which will impact on prices of oil products, foreign exchange reserves and the depreciation of the exchange rate.

All the above, are among the most outstanding achievements by the Akufo-Addo Government, and if they have been championed by a Vice President, whose responsibilities are very limited, and whose predecessors were not as impactful, then it clearly shows the kind of a visionary man Dr. Bawumia is.

He didn't sit aloof and throw his hands in despair, complaining to the media how he has been sidelined and how his roles are limited.

He has proved he is visionary, innovative and a team player, who has the nation at heart.

No doubt, Dr. Bawumia has been able to do all these for the government and the country because of his excellent relationship with his boss, the President. He could not have achieved all these without earning the trust and confidence of the President. It takes loyalty, humility, tolerance, discipline and much stringent effort for a Vice President to be able to serve his boss without any fall-out for six years.

That is what Dr. Bawumia has been able to do and that itself, is a major milestone for the Vice President, considering how some predecessors in the past, and some Presidents fell out publicly.

There is absolutely no doubt about Dr. Bawumia's impact as Vice President and his status as the most impactful Vice President in the history of Ghana.

Dr. Bawumia has created space for himself, and made remarkable impacts, championing transformational policies which are visible and being felt across board. As vice president he has already left a transformational legacy for Ghana, something many presidents are unable to do.