Dagbon on the rise again! 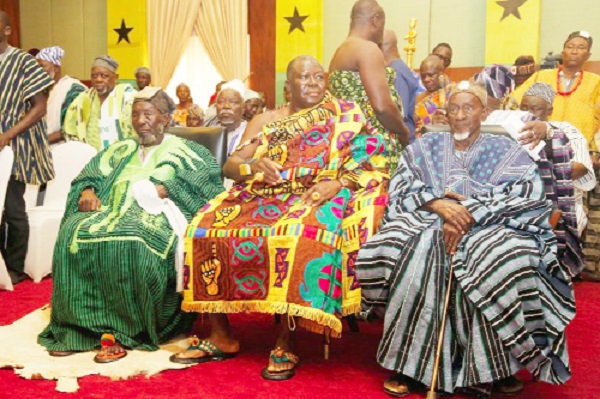 “I know for certain that with a peaceful and a successful celebration of this year’s Fire Festival, Dagbon has been restored to its past glory”.

These were the words of the hilarious Northern Regional Minister, Mr Salifu Saeed, when he recently graced the Fire Festival celebrated with pomp and ceremony in Yendi for the first time in 17 years.

The Dagbon Kingdom has a beautiful history and rich culture that deserve to be shared with the rest of the world.

Like other kingdoms in Ghana, it portrays the rich culture of the people, emphasising their beautiful way of life as noble citizens of the kingdom.

The kingdom of Dagbon was founded in the 15th century and ruled by several kings. The King of Dagbon is known as “Ya-Na” a term which means “king of strength” in the Dagbani Language.

The term was adopted by one King Sitobu and has since been used by any of the kings.

The current Ya-Na is Abubakar Mahama chosen in Yendi by the kingmakers of Dagbon.

This was done on January 18, 2019, after a peace initiative facilitated by the committee of eminent chiefs chaired by Asantehene, Otumfuo Osei Tutu II.

Ya-Na Abubakar Mahama, a progressive leader endowed with development-oriented ambition, has already called for unity and development for the Dagbon Kingdom.

Two former regents of the Yani skin, Bolin-lana Mahamadu Abdulai and Kampakuya-Na Abdulai Yakubu Andani, have been elected to occupy the vacant skin gates of Mion and Savelugu as paramount chiefs in the Dagbon State, fulfilling part of the recommendations of the Asantehene-led committee of eminent chiefs as contained in the road map to peace.

One beautiful feature of the Dagbon Kingdom system is its centralised political system.

At the top of the kingdom is the Dagbon king. Below the Ya-Na are prominent chiefs who are also followed by sub-chiefs.

In the event of an attack on the kingdom by an external force, the people become united under their king for the protection of the entire kingdom.

This means that an attack on any part of the Dagbon Kingdom is fiercely resisted by its people whose loyalty lie in their king. Until the king is captured by the enemy, they will remain united under him.

It is also interesting to note that the kingdom exhibits cultural and spiritual display for its people to the admiration of all other people.

The Damba Festival, for example, is an old celebration of the Dagombas of northern Ghana.

It is a festival that is celebrated by different people from various parts of the north, including some parts of Upper West and East regions.

The name Damba comes from Dagbani and it is celebrated to mark the birth and naming of Muhammed.

However, the actual purpose of the celebration is to glorify their chieftaincy.

Dagbani music and dance also form a core tradition of the people of Dagomba.

Since music and dance play a central role in Dagbon, the history of the Dagbon Kingdom has been preserved through them over the years.

Dagbani music and dance give expression to emotions, physical exercise and spiritual performance, among others. All these dimensions makes the kingdom unique and stand out differently from the others.

The rich tradition and culture of the people of Dagbon, the relationship with one another, the taking of vital decisions to promote the interest of the people and also, the strategic moves to protect the entire kingdom as was exhibited in the past, shows that the kingdom knows what it is about when united.

It is only under disunity that the kingdom of Dagbon cannot rise to the top. Once they remain united as they are now, the sky will be the limit, seeing that the people of the kingdom possess enviable intellectual skills and capacity which can appropriately be used to overcome their socio-economic challenges.

For example, following cabinet`s recent approval of €233 million for the construction of water systems for Tamale and Damango in the Northern and Savannah regions, water supply would soon improve greatly for about 800,000 residents in these areas.

The peace currently prevailing in the Dagbon Kingdom should not be taken for granted.

This explains why we must all be grateful to the Almighty God; President Nana Addo Dankwa Akufo-Addo and Vice-President, Mahamudu Bawumia; former President John Agyekum Kufuor who set up the committee of eminent chiefs; the people of Dagbon themselves;

the entire Ghanaian nation and all those who contributed to peacemaking in the Dagbon Kingdom such as the Minister for National Security, Mr Albert Kan Dapaah. All of them deserve special commendation.

The Dagbon state will rise and shine at all times in the coming years.

Long live the kingdom of Dagbon!

The writer is the Director of Corporate Communications, Ghana Standards Authority (GSA)