Changing your mindset about money: How to win the currency war 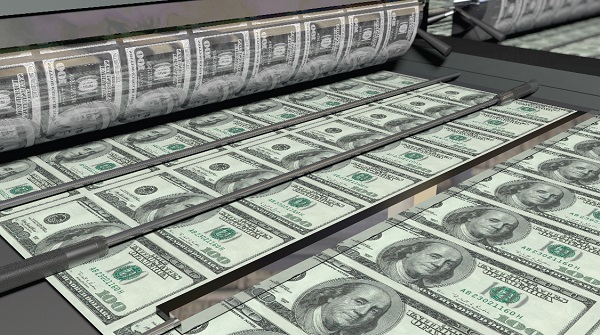 Printing currency has not been all bad Follow @Graphicgh

Diligence of a currency is a learnable skill that combines creative persistence, a smart-working effect rightly planned and rightly performed in a timely, efficient and effective manner.

This is intended to attain a result that is pure and of the highest quality of excellence.

The problem is that printing currency has never worked for Ghana, Africa. This currency heist that began in 1971 will eventually fail. The party caused by printing currency is about to end because it makes only one per cent of the world’s population very rich, whilst billions of people are poor.

To give a sense of the similarities with the gold standard and the Bretton Woods system, let me draw a historical parallel. The UK’s Coinage Act of 1816 fixed the value of the pound sterling to 113 grammes of pure gold, while the US Gold Standard Act of 1900 determined that the dollar should maintain a value of 23.22 grammes of pure gold.

Taken together, the two acts implied an official gold parity exchange rate of £1 = US$4.87.

It was similar during the post-war Bretton Woods era: one ounce of gold was said to be worth US$35, and all other currencies were fixed to and convertible into the US dollar. Gold (God’s money) was at the centre of the system as a way of making cash credible.

At that time currency was not in circulation. Until 1971 President Nixon’s unilateral decision to end convertibility was for fear that the US would run out of gold, which would have destroyed the credibility of the dollar.

This was what the US did during the Bretton Woods era, and it led to the system’s demise. With US expenditure rising as it waged the Vietnam war, dollar holders became increasingly nervous about the dollar’s value and sought to exchange it for gold.

Here’s a quick overview of the five strongest currencies in the world:

Any economy with strong fundamentals is one that is resilient, has a well-developed exports base, is industrialised, and creates jobs. That kind of economy can mobilise resources domestically without much reliance on external support, and can even borrow at a lower cost.

The citizens of this kind of economy have good roads, good transportation, good health and good educational systems. They are well-resourced and free from civil unrest.

For decades, African countries have chalked up successes but these have not been significant enough to transform their economies. Most countries on the continent are still far from achieving these indicators of an economy with strong fundamentals. They often export primary commodities and import finished products.

The Ghanaian economy is no exception. It is still very much the Guggisberg economy. Sir Gordon Guggisberg was a British empire colonial administrator in what was then the Gold Coast (1919-1927). He designed an economy to focus on the export of raw materials and the importation of finished goods.

A century later, cocoa and gold are still Ghana’s major exports. Ghana (Gold Coast) is Africa’s top Gold (Money) exporter at 138.7 tonnes as at 2020 and it has since added oil and gas, and some non-traditional commodities.

“The educational system from the West made African (Ghanaian) elites believe in the above but are all misconceptions,” Kokroko Kwasi Kokuro Oppong-Agyare, Thursday April 7, 2022.

When one dives deep into all these top five countries with the strongest currencies in the world, I feel depressed and sorry for the unborn generation. Poverty is deliberately created by the West. Oh! They robbed us of our money (Gold) and replaced it with currency, and any government, corporation, private firm and individual who will try to reverse the currency back to Gold standard, the West will sanction unfairly!

“The purpose of the ongoing Currency War III (2010-date) is not to push the dollar down. This should not be regarded as some sort of chapter in currency war”, Janet Yellen, Vice Chair of the Federal Reserve, commenting on quantitative easing - November 16, 2010.

Japan in 2001, Swiss 2008, UK August 2016-June 2018 and US March 15th, 2020 used the quantitative easing programme which originated from Japan in 1997 to print trillions of dollars backed with nothing but debt without any interest rate, in order to curb deflation and stimulate their economy.

Interestingly, when an African country like Ghana needs to stimulate her economy, we need to borrow dollars at extremely high interest rates and back it with our money (Gold, resources and internally generated funds).

What do we do?

The path to prosperity is now based on unelected Central Banks conjuring printing of currency (Seigniorage trillions of dollars) out of thin air and yet this is the world we live in. Our people need help.

The solution is in our past and our societies must create wealth and stop building expensive executive housing, financing gambling and the likes and instead, build small and medium scale businesses, enterprises, educational systems based on craft and machine tools, manufacturing, investing in innovation and research and development.

Government can actually gather substantial revenue from all these, rather than collecting high taxes for her development. High taxes only cripple the citizens. The good people of Ghana do not seem to be interested in solving our currency problems with these systems, because productivity takes time and real hard work! Are we ready to go through the mill for a stable future?