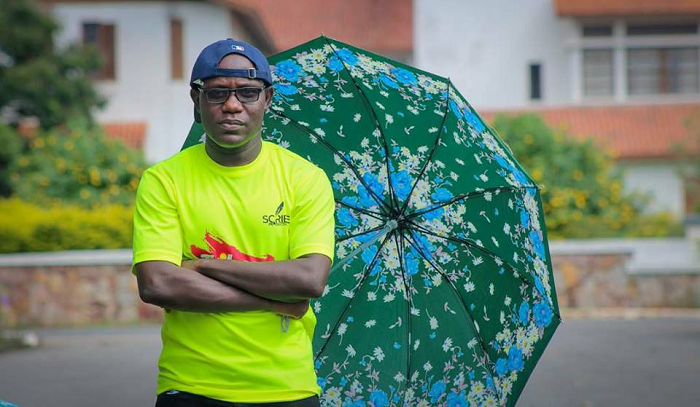 Others reach the top not because the law of gravity was not existent but they defied all odds including gravity. When you see a man decorated with all sorts of achievements, it is not because his resistance was lesser but… his persistence was greater.

A well-achieved man is a stubborn man― very stubborn.

When others give umpteen reasons why something can’t be done, the stubborn throw a challenge to themselves to get that same thing done. Where others see problems, the stubborn can only see solutions.

Do you know that Thomas Edison made a 1,000 unsuccessful attempts at trying to create the electric bulb until he finally hit the jackpot?

Failure is the same pathway that leads to success so if you encounter it, know that success is hanging around! Try once more!

All men who have risen beyond the ordinary to do something great for themselves and humanity had one trait running through their beings― the gene called stubbornness!

They had the guts to persist a little more to try one more time after they had failed.

While others are perturbed by failure, great men are inspired by the same failure. They stubbornly focus until they have arrived at their destination!

It’s only stubbornness that will dare one to leave their comfort zone to take on greater challenges. Only a stubborn man will continuously chase after a dream he has failed severally at. No matter the raging storms, stubbornness will always find a way.

I once read the story of how Donald Trump was featured in the hit movie, Home Alone. Apparently, the director had gone to shoot some parts of the movie in his hotel.

Eventually, the director gave in. Donald was featured in the movie. Little wonder his trait of stubbornness has led him everywhere, even earning him the highest political office in the US today.

It pays to be stubborn― very stubborn. Resistance only gives in to persistence!

Our dreams will only come true if we will be a little stubborn. If we are willing to get up anytime we fall and try once again, success will soon smile at us.

Failure will always test our persistence. No matter how many times life knocks our dreams down, we need to be stubborn enough to get up again.  We must never give up.

Unfortunately, many of us give up too easily. In the face of a few setbacks, we give up on our dreams. When our plans come tumbling down, we get exhausted. Listen. The trait that separates the great from the little is that the former is ruthlessly stubborn while the latter is not. Life has no memory of those who find every excuse to give up.

Carrying your dream to the end requires some unreasonable determination. Not everyone would understand you because stubbornness oftentimes doesn’t make sense. You may not have the support of the masses but you must know that nothing great was ever made out of public opinion. All you need is your own unapologetic opinion to move on whatever regardless.

Success never came on a silver platter. The one at the top of the ladder faced the same (if not worse) challenges the one at the bottom faced when climbing. However, what distinguishes between them both is the yearning to stubbornly keep climbing despite the fear of falling.

Failure doesn’t mean “stop work”. It means “try again”. Failure is the experience we need to succeed. When you fail, you learn… and try again. When your dreams crash, you reassemble them… and try one more time. You don’t assemble and discard them. Stubbornness will give it one more try instead of discarding it into a bin.

Today, many great dreams have been flushed down life’s bin because those who carried such dreams were not patient enough― they were not stubborn enough. Stubborn people change the world. They set the standards for others to break. They literally run this world!

It doesn’t matter how many times you may have failed at something. If there’s any trait you would want to add up to your life this year, be stubborn― very stubborn― and don’t apologize for it.

The writer is a playwright and Chief Scribe of Scribe Communications (www.scribecommltd.com), an Accra-based writing company which provides all writing services.