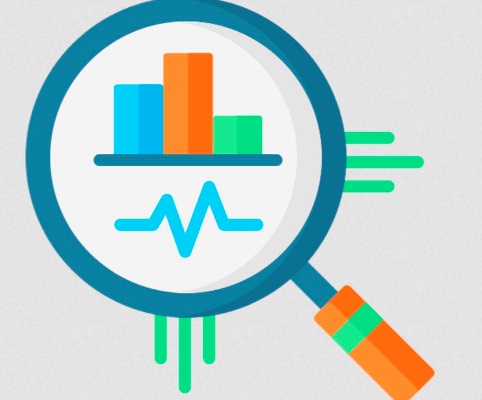 When I asked a friend of mine, who is a businessman, whether he liked Statistics as a subject, he replied in the negative. He went on to say that even at school, he did not like mathematics. But the truth is that a lot of people use statistics every day without recognising it.

Indeed, we need statistics to monitor and improve on our performance. That is why everyone in position of authority must know statistics, however basic.

Every day, we are confronted with a lot of figures or data, such as hospital attendance, incidence of COVID-19 cases or marks obtained by students in a class. This is what we call raw data.

It will be difficult to make any meaningful conclusion about this information without first analysing it, and this is what statistics, among other things, does.

I further asked my friend how much sales he had made in a day. When he told me that every day’s sale was different, but he had a rough idea, I realised that he was treading on the path of statistics.

He indicated that most of the days, he would sell GH¢1,000 worth of goods. He brought out his daily sales record book and, indeed, it was so. Averagely, he made a daily sale of GH¢950.

When I told him that statistically, the GH¢1,000, representing the most often recorded daily sales, was his mode (the mode) and the average figure he calculated, GH¢950 was his mean (the mean), he became more enthusiastic and wanted to know more about the organisation of the figures, and hence, statistics.

If all sales for each day of a month of 31 days are ranked from the smallest to the highest amount, the number which falls in the 16th position would be the middle figure. The corresponding amount is the median amount (the median).

For a month that lasts 30 days (even number of days) there will be no clear middle number when the days are arranged. In that case, days 15 and 16 become the middle numbers.

The median amount is obtained by adding the corresponding amounts for the two days and dividing the sum by two.

I told him that since it was impossible to mention all the sales for the 31 days of a month, he could use either the mean, the mode or the median figure to give a good estimate of his daily sales

The mean, the mode and the median are all summary or central figures, and their estimation is also referred to as a measure of central tendency. The mean, unlike the others, takes into account the value of every figure that is recorded.

There is also the concept of range (the range), which can also give an estimate about his daily sales, simply by quoting the smallest and the largest daily sales.

Statistics is replete with a lot of terms, which can sometimes scare students, but are very necessary to bring about a complete understanding of the data.

If the calculated standard deviation is zero, then, off course, all the recorded figures are the same as the mean figure. In my friend’s case, it will mean that every day, he gets the same daily sales, a very unlikely situation.

Clearly, each of the two samples has a mean of GH¢950. But what do we see?

Whereas the individual sales of sample A are very close to each other and to the mean, that of sample B are very far apart from the mean figure. In other words, the standard deviation of sample A, when calculated, will be far smaller than that of sample B.

Hence, knowing only the mean, mode or median values of a set of figures is not enough to make predictions about the data. Additional knowledge of standard deviation will help one make a more generalised conclusion about the data.

It will be easier to make predictions about the next day sale of sample A than sample B.

The writer is a Medical Director, Royal Medical Agency & Clinic.E-mail: This email address is being protected from spambots. You need JavaScript enabled to view it.