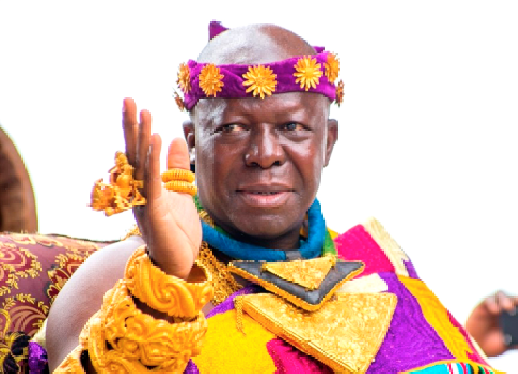 A recent news item about a learned judge calling on traditional authorities and the judiciary to come together to harness the benefits of Alternative Dispute Resolution (ADR) made interesting reading.

In a speech delivered at a forum to mark the ADR week, the judge was reported to have hammered on the need to harness the human and material resources in our palaces in that respect to make the ADR more result oriented.

I agree with that although this is not a novelty, as it has been with us for a long time only that of late, the programme seems to have lost steam in its implementation.

The diasporan Jews, through their association with the Egyptians, the Ethiopians as well as the Assyrian, Medopersian and the Roman conquest spread the divine wisdom of Solomon, by means that are hard to expatiate and appreciate from the Christian perspective.

The trend has continued to date and anyone who passes through this Solomonic blood line is deemed to be wise, and I believe Otumfuo Osei Tutu II must be among the lucky ones, as his efforts and successes show.

Otumfuo has infused a new paradigm and dynamic approach into customary adjudication processes impacting positively on citizens and the judiciary.

Immediately, he ascended the Golden Stool, Otumfuo Osei Tutu II asked all his sub-chiefs to remove every case pending at any court of law, in relation to chieftaincy and lands, to the Manhyia Palace for adjudication,.

They all complied and within a short time, a majority of land and chieftaincy cases were settled by the Asantehene.

Parties accepted the verdicts without appealling, although they were at liberty to do so.

Presently, the Ghanaian judiciary has been relieved of the burden of sitting on a significant number of land and chieftaincy cases, with the attendant social and economic ramifications.

The Asatehene has not restricted himself to his area of jurisdiction only, but has been influential nation-wide.

His wise handling of the age old Dagbon crisis and mediation of election impasses, which have received worldwide recognition culminating in his invitation to address the United Nations on the role of chieftaincy in conflict resolution, are cases in point.

In the days prior to independence, the colonial authorities empanelled various chiefs with jurisdiction to adjudicate on matters like domestic and customary issues, petty thievery, assaults and other misdemeanours which did not border on serious criminalities.

In all these circumstances, though almost all the chiefs had never sat in the four walls of a classroom, they discharged their duties with excellence to the admiration of their colonial masters.

So now with education and most of our chiefs literate, the result should be better.

With this benefit of hindsight and contextualising the achievements of Otumfuo in this respect, it is time to harmonise the two ideals of formal education and the natural wisdom as realised in his approach to achieve the required effect to make the ADR more result oriented.

Notwithstanding the fact that various traditional courts and councils have over the years done a lot in the way they have settled matters, the bulk of which have been chieftaincy disputes, it is high time the government went the extra mile by collaborating more effectively with the institution to tap into the enormous human and material resources in this ADR concept.

In these palaces, the order and the tradition are already set and the judiciary has only to provide the needed tools, legislation, logistics and a little training to the chiefs in the form of workshops, seminars and fora to sharpen the already existing, but dormant adjudicating skills to facilitate the process for the eventual take-off.

I would, however, like to sound a caveat in this respect, to sift the grain from the chaff by identifying the traditional leaders with wisdom, competence, vision and commitment, so that with a little supervision from the judiciary and other affiliate establishments excesses and arbitrariness on the part of our chiefs could be checked.

This will make ADR mark a watershed in the country’s customary and adjudicating processes as a success story and spread throughout Africa, for Ghana to chalk up another first.

The writer is the chief of Abesewa in the Ashanti Region