'Agbelikaklo' the comfort food from Volta 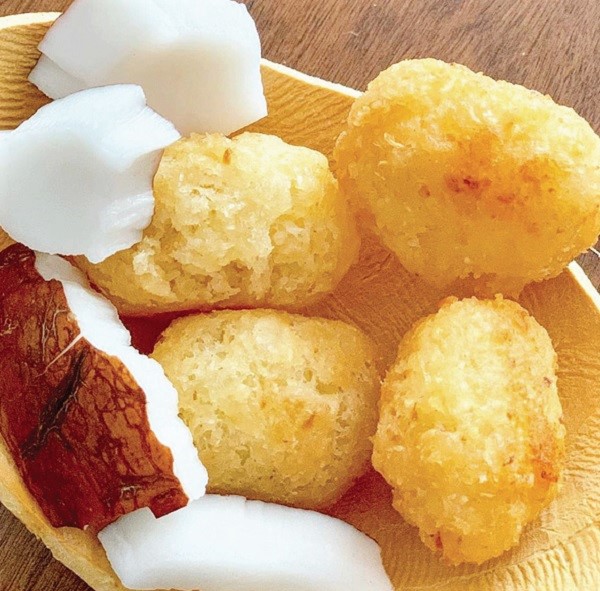 The Volta Region is distinctly diverse and a microcosm of all that exists in the country, from its landscape to water bodies, names and other indigenous activities.

Its cuisine, music and dance such as Borborbor, which used to enjoy some exclusivity, are quickly becoming household names and have been received by most Ghanaians.

So has the Volta Region’s greatest food export within Ghana, Agbelikaklo or cassava fritter, which is actually fried cassava balls, which has become a common savoury snack that is enjoyed with few good cracks of dried coconut. 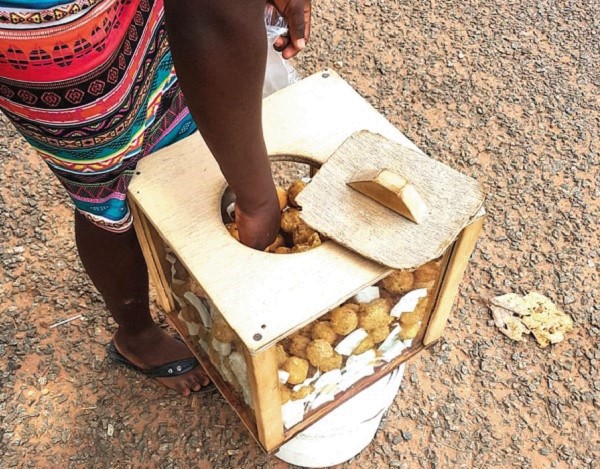 Its preparation is uncomplicated. Some people say of it: "It's the only snack I will buy at any point in time".  Agbelikaklo, so named because it is derived from cassava, is generally enjoyed by Ghanaians irrespective of their geographical heritage.

The snack, with its origin from the southern part of the Volta Region, has been touted by most people as a comfort food, with its core ingredients of grated cassava, onions and salt which are mixed into smaller balls and fried in hot oil until it turns golden brown.

Hard on the teeth, but refreshingly scrumptious, Agbelikaklo is complemented by a comforting bite of its coconut accompaniment.

This makes the duo a perfect combination and interestingly so irresistible that former President Jerry John Rawlings could not help but stop his convoy for some package of the snack at the end of the recently held Hogbetsotso festival at Anloga.

Abra Degboe has been preparing the crunchy snack for the past eight years in the regional capital, Ho, 90 per cent of which are for commercial purposes.

She told the Daily Graphic that the sale of the savoury bites was mostly a preserve of women who had realised that the venture was economically viable.

Ms Degboe said her son was in his final year at one of the public tertiary institutions in the country and attributed his upkeep in school to profits gained from the business.

To maximise profit, she has recruited a few other women to join her in the business which she hopefully plans to expand in Hohoe, another commercially active town in the Volta Region.

Some in the culinary industry are applying more creative techniques in the preparation of Agbeli Kaklo such as the addition of eggs, green pepper, spring onions and other condiments in order to create a ‘sophisticated ‘twist.

Nonetheless, a huge number of Ghanaians are sticking to the indigenous method of preparation, which continues to be widely accepted.

Rich in fibre and fully packed with energy, one can get the savoury for as low as 20 Ghana pesewas.

lt has also become a common choice for hoteliers in Ho who serve the snack alongside local drinks to welcome visitors with the symbolic Ewe hospitality.

Perhaps they might have also bought into the fact that it is economical and a favourite choice for many.