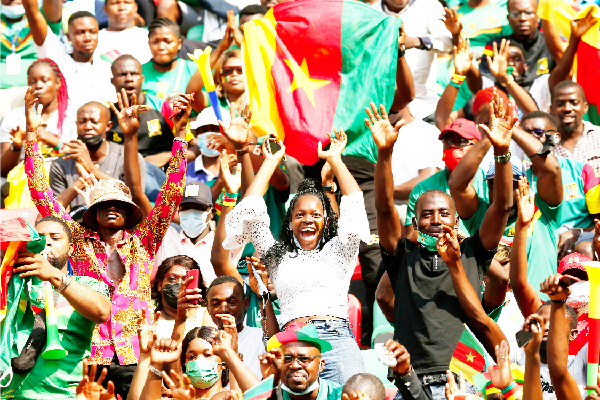 I have an interesting love-hate relationship with the game of football.

Some describe it as a game of 22 adults kicking an inflated piece of leather around while a baying mob screams its heart out.

Others call it the beautiful game, while for some it is a religion or indeed akin to life itself.

It is the game, apparently, that can make hardened, grown men weep in frustration like babies, and whose adherents are all International Federation of Association Football(FIFA)-licensed armchair coaches.

Back in the day when the local league was at its height, Kumasi natives routinely went to bed on an empty stomach in the event of a loss suffered by their darling Asante Kotoko team, which meant forgoing their favourite fufu for supper.

I have seen Kumasi turn into a ghost town because Kotoko lost a match against their bitterest rivals, Accra Hearts of Oak. I remember the fervour in Kumasi during the Kotoko matches against Zamalek and El Ahly football clubs in the 1980s, when the city was literally painted red.

Today, most of the hot action is in the sports betting shops as the young and the not-so-young seek to cash in on their prophecies over the outcome of matches, both local and international.

Of course, many weep and gnash their teeth when the match is over, and a few smile over some money they have made, which they plough back into further bets subsequently.

I can lay a couple of claims to fame as far as the game is concerned, at least in the Ghana context.

My father once chaired the Prestea Mine Stars Football Club, and hosted both Kwasi Appiah and the late Coach Afranie in our home in Prestea on separate occasions.

But however hard my father tried to get me interested in the game, there were no sparks.

The ash was simply cold.

Nothing to ignite a love affair.

To date, I have tried in vain to understand the offside rule.

Three of my four younger brothers are in love with the game and I have watched them with amusement as they battled out their long arguments just like many football fans.

While several heated football arguments have raged around me in the past,involving hoarse voices and pulsating veins on the forehead or on the neck, I have seen myself as an oasis of calm, at peace with myself, sipping one cold drink or the other and wondering what really the fuss is all about.

However, my general nonchalance over the game is only restricted to local matches, club matches or qualifiers towards big tournaments. As a general rule, the World, African and European Cup tournaments tend to make me sit up especially when the knockout stage starts, in which case I have to re-learn what the offside rule is all about, among others.

If Ghana is participating, then my patriotic soul is stirred and I engage in flag-waving, anthem-singing as I urge our boys on. My most memorable Africa Cup of Nations (AFCON) match was the nail-biting Ghana-Cote d’Ivoire final match during the 1992 tournament in Dakar, Senegal, which was won by La Cote d’Ivoire after an 11-10 penalty shootout.

Clearly one needs a strong, sturdy heart as a football fan.

I remember travelling all the way from South London to a Ghanaian pub in Tottenham, North London during the 2006 World Cup in Germany with friends just to watch our matches, waving miniature Ghanaian flags on the bus to the amusement of passengers.

At the pub, we all shouted and sang together and milled about on the pavement, strangers bound together by our love for our country and brought together by football.

Last Sunday I settled down to watch the opening ceremony of the AFCON in Cameroun.

Truth be told I got the cue from discussions on Facebook of the imminent event and I had no idea it would be held in Cameroun – that was the extent of my blissful ignorance.

It was quite an enjoyable opening ceremony at the rather impressive stadium.

Having spent a year in Burkina Faso as part of my undergraduate French programme, I have long had a soft spot for this very friendly country, so my support naturally gravitated there in the opening match, which I enjoyed thoroughly.

Though disappointing, the defeat of the Burkinabe team was not enough to derail my fufu-eating schedule.

Like many Ghanaians, I wish the Black Stars well in the tournament and I would be delighted if Ghana won, four long decades after we lifted the cup in Tripoli, Libya.

I have no idea what the team’s technical abilities, strengths and weaknesses are to be able to make a competent prediction on whether the 2022 class can end our drought.

I can safely predict Ghana will make it beyond the group stage, but I cannot even name three of the Black Stars players if I was put on the spot and my life depended on it.

I happen to know their coach is called Milovan Rajevac though, which of course evokes memories of one of my favourite beverages.

My three younger brothers tell me Ghana is considered a dark horse, given the likes of Algeria with Mahrez, Egypt with Salah, Senegal with Mane and the hosts with their home support advantage.

They also tell me the Nigerian camp is in disarray following the sacking of their manager. It must be of great comfort that Nigeria has little chance of grabbing the cup.

I have a dream, as Martin Luther King Jr once declared. It is a dream that Ghana will lift the gleaming AFCON trophy at the Stade Omnisport Paul Biya at d’Olembe in Yaounde, Cameroun come Sunday February 6, 2022. It is a dream grounded on nothing but sentiment, patriotism and hope.

I know hope does not cook yam, but it does warm my sentiments, at least.

Over the next four weeks this seasonal football fan will be keeping an eagle eye on proceedings in Cameroun, screaming “ Allez , les Etoiles Noires!” (Go, Black Stars!), whenever Ghana stars.

May my emotions not be misdirected, and may my fufu meals not go to waste in these crucial times.

It may make more sense to enjoy my fufu ahead of the matches.