A conversation on energy 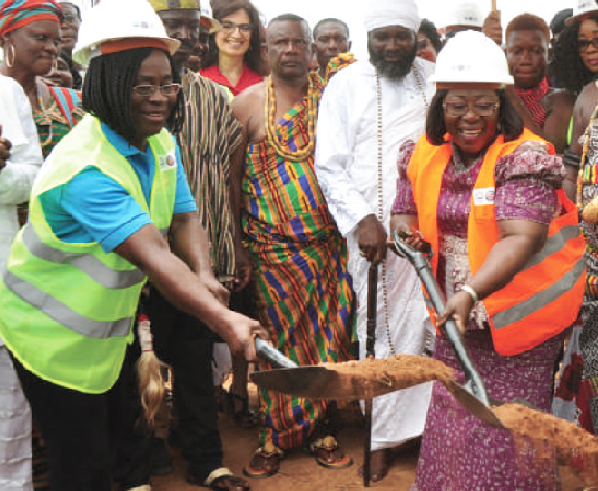 For many of us, it is not particularly difficult to imagine a life without electricity because we lived with that experience a few years ago.

The simple things of life, such as switching on a fan to be able to keep the heat and the mosquitoes at bay, or charging a mobile telephone, became luxuries.

According to Ghana’s Energy Commission, final energy consumption increased by 4.3 per cent in 2019.

When power outages occurred in parts of the country a few months ago, there was, understandably, a great deal of angst and an apprehension that we were returning to the dark old days of ‘dumsor’.

True, we are quite out of the woods at present, but that does not mean we have to stop running as far as improving power availability and stability is concerned.

The sod was cut for the construction of the project on April 30, 2019 by the Chief of Staff, Madam Akosua Frema Osei Opare.

The Pokuase BSP, with a total capacity of 580MVA, is the largest in Ghana. It is also the fourth Bulk Supply Point in Accra, hence labelled A4BSP.

Constructed under the existing 330kV Aboadze-Volta-Lomé Transmission line which passes through Pokuase, the BSP is the first 330kV Bulk Supply Point in the capital and the most technologically advanced substation in Ghana.

The siting of the BSP at Pokuase was informed by the rapidly increasing load demand for electricity from that part of the capital.

The town had become a load point for power demand, hence was strategically positioned for such a critical power infrastructure.

The essence of constructing the substation is to improve power supply quality and reliability to over 350,000 existing customers of the Electricity Company of Ghana (ECG) in Pokuase, Kwabenya, Legon, Nsawam and its environs.

Another project in the power sector is the Kasoa BSP, a 435 MWA Capacity Gas Insulated Switchgear (GIS) substation which is the second largest bulk supply point in Ghana.

The project is to address low voltage and frequent power outage challenges caused by increasing domestic and industrial demand in Kasoa and its environs, including Senya Bereku, Bawjiase and Nyanyanu.

The US$50m BSP project is funded by the Millennium Development Authority (MiDA) under the Ghana Power Compact programme and will benefit 241,508 ECG customers and contribute to substantial reduction in transmission losses in GRIDCo’s transmission system.

At present, a national transmission backbone under construction from the coast to Bolgatanga has a gap between Kintampo and Kumasi.

Closing the gap will ease the load on the Kumasi substations and become the instrument of power transmission within the Ashanti region, Bono Region and the north.

In addition to this is the Tema to Accra transmission line upgrade project to accommodate an increase from 161KV capacity to 330KV capacity.

In the wider conversation about energy, the global focus seems to be shifting towards clean energy as the way forward.

The Volta River Authority (VRA) added 17MW solar PV from their Kaleo and Lawra project financed by KfW this year.

Cabinet has considered the proposal to increase the 17MW Kaleo-Lawra capacity to about 35MW by end of 2023.

The Bui Power Authority on the other hand has also completed the installation of 51MW solar PV at Bui in the Bono region, which include the first ever one MW floating solar PV installation in the ECOWAS region.

The Bui Power Authority has the infrastructure and resources to ramp up to 250MW solar. The construction of the Pwualugu Multi-purpose power plant comprising a 60MW hydro power hybridised with a 50MW solar plant by the VRA is ongoing.

On legal, fiscal and regulatory framework, we amended our National Renewable Energy Act in 2020 (Act 1045) to provide the basis for renewable energy development and private sector participation in the renewable energy sub-sector.

This Act defines provisions for licensing, the establishment of a feed-in tariff and renewable energy subsidies and competitive and transparent procurement.

The Renewable Energy Master Plan (REMP) has been developed to address long-term planning challenges and provide an investment-focused framework for the promotion and development of the country’s renewable energy resources for sustainable economic growth.

REMP creates a US$ 5.6 billion market in renewable energy generation, manufacturing and export over the next 10 years and an estimated 220,000 jobs for our people.

We have also launched a number of flagship investment programmes including the Scaling-up Renewable Energy Program (SREP) with the aim of increasing the contribution of renewable energy in the generation mix and the achievement of our last mile electrification strategies.

Under the SREP, government targets the deployment of 35,000 units of solar home systems for off-grid communities, 55 units of mini-grids and 15000 units of net-metered solar PV installation.

We are rolling out the full implementation of this programme in the first quarter of 2022 with initial financing contributions from the government, African Development Bank, the Swiss Government and the Climate Investment Fund.

The role of the private in the implementation of this programme is key.

Alongside the push for renewable energy is the need, particularly in the West, to move away from fossil fuel for environmental and other reasons.

For developing countries such as Ghana that have also discovered, in relatively recent time, oil and gas deposits, this demand for power transition has huge implications for our industrial agenda, for addressing energy poverty and attaining universal coverage via stable and affordable electricity.

Next week, we will discuss the future direction of our oil exploration in the renewable energy context and drive.