When I visited the area in October 15, 2018, the project was at its youthful stage. It had just been resurrected after suffocating from lack of funds for seven years.

However, when I returned on March 23, this year, the five-storey administration block of the University of Mines and Technology (UMaT) had transformed into an imposing edifice that catches the eye of everyone entering the university premises.

The perfect blend of cream and green colours of the edifice combines effectively with the green environment to give the university premises the aesthetic value it deserves.

While the basement of the edifice had been reserved for archives, the first floor had a 20-capacity car, 19 offices, a kitchenette, a switch room, an archive room, a waiting area and toilet facilities.

Also, the second and third floors had 16 offices, a kitchenette, a switch room, an archive room, a waiting area and toilet facilities each. 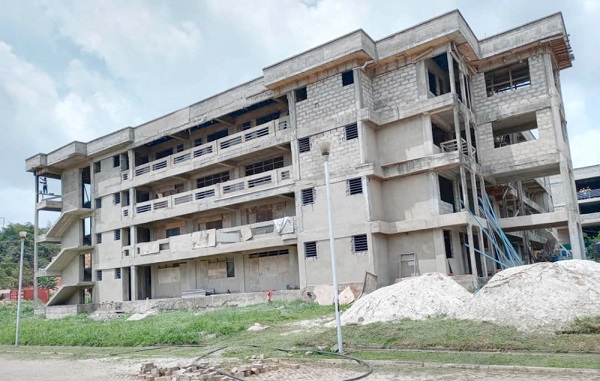 However, the yearly allocation of GH¢500,000 from the Ministry of Finance for a project of over GH¢4.8 million meant the project was to be completed in ten years.

After suffocating for seven years, the Minerals Development Fund (MDF) breathed a new lease of life into it, when it took over the payment in January 2018, with a revised contract sum of GH¢18,719,424.

The UMaT administration block is one of the eight legacy projects that the MDF inherited at the university.

The others are a sports complex comprising a football field, basketball and volleyball courts, reinforced concrete seats and tartan tracks; frontage fence wall and security gate houses; four-storey faculty block with lecture halls and offices as well as a two-storey cafeteria.

The remaining projects are two-storey eight-flats of three bedrooms; a guest house and the external works on the administration block.

The MDF was established by the Minerals Development Fund Act, 2016 (Act 912) to provide financial resources for the direct benefit of mining communities, institutions responsible for the development of the mining sector, traditional and local government authorities and related matters.

The fund comprises 20 per cent of mineral royalties paid by mining companies to the state under section 31(1) of the Mineral Income Investment Fund Act, 2018 (Act 978), grants, donations, returns on investments and gifts approved by Parliament. 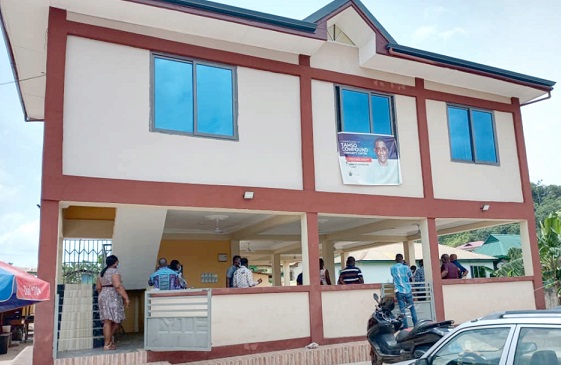 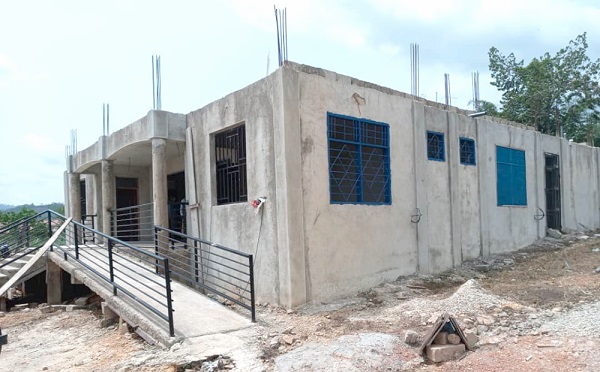 Section 21 of Act 912 provides that 50 per cent of the fund goes to the Office of the Administrator of Stool Lands (OASL) that is responsible for the collection of stool land revenue; 20 per cent goes to the Mining Community Development Schemes (MCDS) which are managed by Local Management Committees (LMCs); 13 per cent to the Minerals Commission; eight per cent to the Ghana Geological Survey Authority (GGSA) which is the institution responsible for carrying geological activities; five per cent for research; four per cent to the Ministry of Lands and Natural Resources for operational activities; while the MDF Secretariat retains two per cent for administrative expenditure.

According to the Administrator of the MDF, Dr Norris Hammah, more than GH¢500 million had been disbursed by the MDF Secretariat to undertake various projects across six mining regions since 2017.

A recent visit to some of these mining regions in February, this year, showed that a number of projects have been carried out by the 17 LMCs, with some of them at various stages of completion.

For instance, at Teleku and Ankobra communities, the Ellembelle LMC constructed two-units kindergarten blocks, office and store with ancillary facilities. They also constructed a three-unit classroom and ICT centre at Ellembelle.

In the Ashanti Region, a 12-seater water closet toilet had been built at Wamase by the Krofuom LMC; a community centre at Ahansoyewodea by the Obuasi East LMC; and a 16-seater water closet toilet with mechanised borehole and overhead tank at Adansi North. A one-storey six-unit classroom block was also under construction at Kokoteasua by the Obuasi LMC and a two-storey divisional police headquarters block at Manso Nkwanta in the Amansie West District. 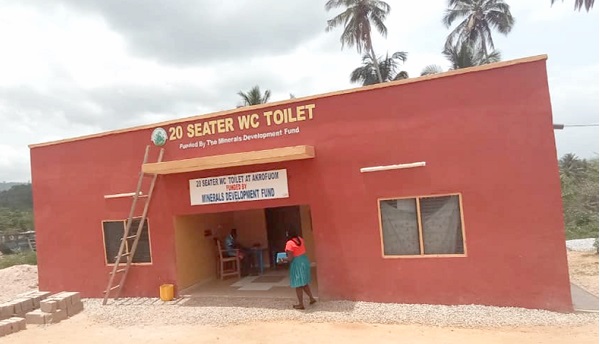 In the Western Region, the Wasa East LMC constructed a CHIPS Compound and nurses’ quarters while the Tarkwa-Nsuaem LMC constructed two community centres at Tamso and Nzema Line at Tarkwa.

A modern market with stores and fence wall has also been constructed at Prestea in the Prestea Huni Valley in the Western Region.

Since 2017, the MDF has also distributed more than eight million oil palm seedlings to more than 30,000 beneficiaries in mining communities in the Ashanti, Bono Central and Western regions as of December, 2021.

These seedlings were distributed as part of the Alternative Livelihood Project (ALP) that was rolled out by the government to help fight illegal mining, popularly called galamsey.

Despite this modest success, the Administrator of the MDF, Dr Norris Hammah, said the capping of statutory funds through the Earmarked Funds Capping and Realignment Act, 2017 (Act 947) had made the MDF to lose about 50 per cent of its expected revenue.

“We know this because the Ghana Revenue Authority (GRA) notifies our office that this much has been collected in mineral royalties within this period. Based on that information, we are able to calculate our 20 per cent to have a fair idea of what will come to us. But, when it comes, you will see that it is not proportional at all,” he added.

Again, he said the budget ceiling the Finance Ministry gives to the MDF Secretariat affected the flow of funds into their account for disbursement.

Dr Hammah also cited delays in the release of funds from the Finance Ministry as another major challenge to the prompt execution of MDF projects.

“We are almost ending the first quarter of the year but we haven't received money for November and December last year. In such a situation, we are unable to disburse funds to the beneficiaries and they keep putting pressure on us,” he said.

The MDF remains the only ray of hope for residents of mining communities who continue to hunger and thirst for development projects to make up for the negative impact of mining activities on their lives.

They need potable water because the Birim, Pra, Offin, Densu and other rivers that quenched their thirst have been heavily polluted by galamsey.

They need projects that will give them economic empowerment and alternative livelihoods because their lands have been devastated by illegal miners.