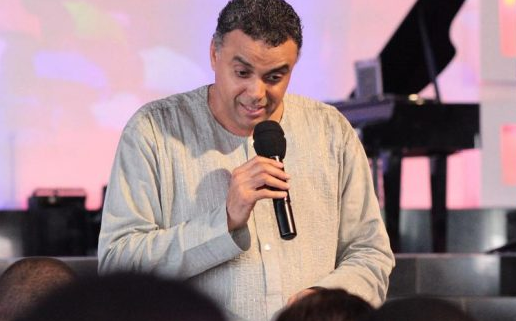 Most of us are quenched by unhappy events and circumstances but a survivor continues to exist after adversity or hardship.

The aim of every leader is to be able to remain in existence in spite of the circumstances he encounters. A leader needs to be a survivor to achieve his aims.
Joseph is an example of a survivor and a good leader. Here was a man who had lived with his father and siblings.

His father sends him to go out there and see how his brothers were doing. His older brothers were taking care of the family business – the sheep.

Remember that his brothers were unhappy with him because he used to report their bad behaviours to their father and their father had also bought him a coat of many colours. This was the first son of Rachel, the love of his life!

In a short while and in an unpredictable turn of events, his brothers sold him to some travellers and he became a slave in a foreign and unfamiliar land.

The stage was set for him to be discouraged, give up, wallow in depression and lose out completely. But Joseph did well as a slave and in the slave environment!

“Now Joseph had been taken down to Egypt; and Potiphar, an Egyptian officer of Pharaoh, the captain of the bodyguard, bought him from the Ishmaelites, who had taken him down there.

“The Lord was with Joseph, so he became a successful man. And he was in the house of his master, the Egyptian.

“Now his master saw that the Lord was with him and how the Lord caused all that he did to prosper in his hand.

“So Joseph found favour in his sight and became his personal servant; and he made him overseer over his house, and all that he owned he put in his charge” (Genesis 39:1-4).

He was a survivor! Joseph did well as a prisoner and in the prison cell environment. In both situations he excelled so much that he was put in charge. Joseph was a survivor.

“So Joseph’s master took him and put him into the jail, the place where the king’s prisoners were confined; and he was there in the jail. He could have lost hope and, maybe, even lost his life. Yet, he rather chose to be a survivor, in spite of his new circumstances.

“But the LORD was with Joseph and extended kindness to him, and gave him favour in the sight of the chief jailer.

“The chief jailer committed to Joseph’s charge all the prisoners who were in the jail; so that whatever was done there, he was responsible for it.

“The chief jailer did not supervise anything under Joseph’s charge because the LORD was with him; and whatever he did, the LORD made to prosper” (Genesis 39:20-23).

One day, I was discussing my troubles with a fellow minister of the gospel. He was a senior minister and a father of many ministers.

I told him how I had been harassed by the government. I explained how a government agency had summoned me for investigations and interrogation and had made me fill so many forms about my personal life.

To my amazement, he laughed and congratulated me.

‘Congratulations for what” I thought. ‘My troubles?’

He explained, ‘Ministry is not about how big your church is or what car you drive.

He said, ‘Ministry is about ‘What have you suffered?’

Then he told me, ‘I have been harassed by these same people five times. I have filled those same forms that you filled five times. I was stunned. I never imagined that he had been through all that.

You will be amazed to hear a leader describe the circumstances he has encountered. Just like this senior minister I spoke to, the apostle Paul seemed almost nostalgic about the troubles he had survived.

Read it for yourself: “I know both how to be abased, and I know how to abound: every where and in all things I am instructed both to be full and to be hungry, both to abound and to suffer need” (Philippians 4:12). You can be a survivor too.

Do not let your circumstances take you out of the race. Be a survivor! You can be a survivor! Culled from “The Art of leadership”