How did Akufo-Addo get it so wrong? 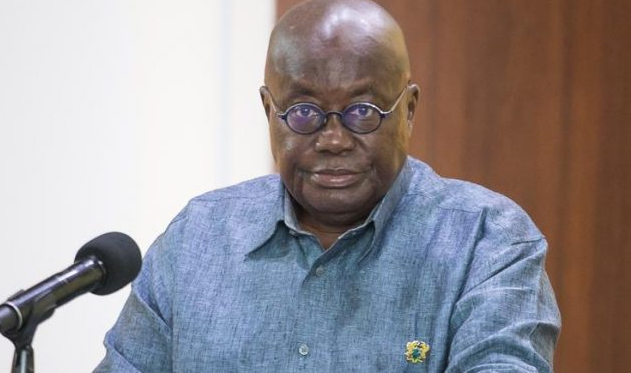 Long after he is gone, the headlines will ask, “Which legacy, Akufo Addo?” After his first four years in office, every Ghanaian has one answer: “Free SHS.”

There is a definition that sees legacy as “bequeathing values over valuables”, stressing that “material legacy is only a small fraction of your legacy”.

I like the definition because it answers the question why, in spite of his most material legacy to the Germans and the world, namely the Volkswagen (VW) or ‘People’s Car’, Adolf Hitler is remembered only for the 662 concentration camps and gas chambers where, from 1933 to 1945, an estimated 1.8 million Poles, Russians, Czechs, Germans and Jews were either gassed, tortured or shot to death.

Is it a legacy over which we weep or that which causes us to beat our chest with pride and salute in honour?

Kwame Nkrumah was known for projects ahead of his time, such as the Glass Factory, Atomic Energy etc, but many remember him only for Preventive Detention Act and one party rule. What a fine democrat Busia was, but his regime is remembered for Apollo 568, ‘No Court’ and the Sallah case.

Rawlings would have remained one of the most revered Presidents but for the waves of politically motivated killings, the $2million Abacha money and the Ghacem bribery scandal.

For all his prowess as an admirable communicator and for projects such as the Accra Dubai, Mahama is remembered for the Bus rebranding and Airbus scandals.

No human being is totally evil or totally good, but there are words which Akufo-Addo could have prevented from featuring in the story of his life. With only three months to go and come no more, Daniel Yaw Demelovo’s pushout was needless.

Akufo Addo’s worst enemies still acknowledge his fight against oppression; the Attorney-General under whom criminal libel was expunged from Ghana’s law books.

So why should he stain his record with the forced leave and subsequent ousting of a beloved anti-corruption campaigning Auditor-General, earning, in the process, the most scathing epithets from two revered personalities in the land, Professors Gyimah-Boadi and Ivan Addae-Mensah?

Whatever the sins of Domelovo, one would have thought that being publicly compelled to take his accumulated leave should have been enough punishment.
I call it punishment because in the civil or public service, one either takes their leave or forfeits it.

I know how it feels because once upon a time, in 1993, I was a victim. Rawlings, celebrating his triumph in the 1992 Elections, asked me — and some other state media journalists — to take our outstanding leave!

Even when I had no outstanding leave. I was told to take the following year’s.

As if Domelovo’s sin so rankles that he had become a piece of annoyance, which had to be quickly and definitively put out of the way, with the Audit Service suddenly chancing upon information revealing his date of birth.

For the sake of a solid legacy for Nana, I beg to state that matters are being handled these days that seem to suggest that there are people at Jubilee House who don’t care what anybody thinks about the President and the New Patriotic Party’s (NPP’s) tenure.

Nana Addo is such a darling in the hearts of the people and should not handle matters in such a way as to suggest that the song of his advisors is Moka no kora na meye no more from the song titled, Anka Ebeye den na aye wo ya. Apologies have come from authors of the history book that describes Nkrumah as a dictator and Ewes in unpalatable language.

But apology is not enough. In Law, Ace Anan Ankomah will refer to ‘mens rea’ and insist that the act is not culpable unless the mind is guilty.” I ask: what was on the writers’ mind? That book is a crime against Ghana.

Talk of governance style, why write a letter to Speaker announcing cuts in Judiciary and Parliament’s budgetary allocations when the issue could have been handled quietly through consultations?

It is unthinkable that in the regime of one of Africa’s finest lawyers and believer in democracy, a Minister who publicly confessed to firing a gun at an election registration centre is not only walking free but has been repeated as a Minister.

Eight months into the deed, the police are “still investigating”.
That cannot be your legacy, Nana.