Emergency Wedding: Half empty or full? 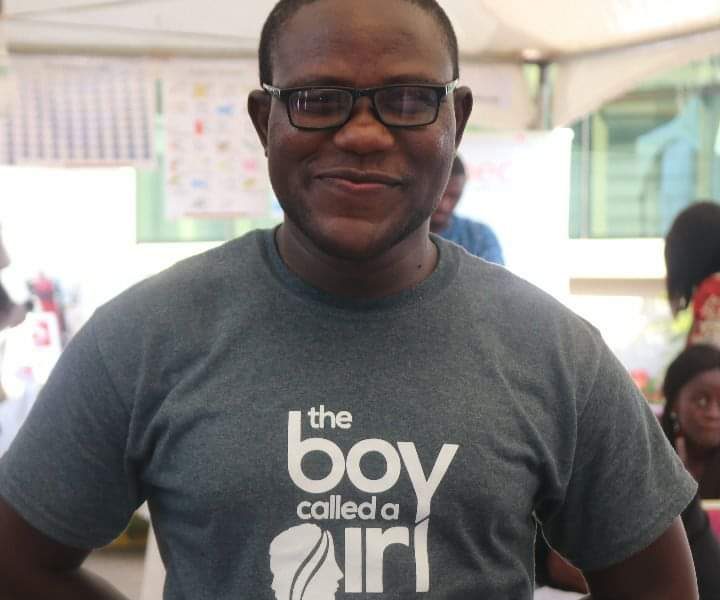 Emergency Wedding is a satiric stage play with themes on childlessness, marriage deadlines and being single after age 30, among others.

Over the years, we had done quite a number of plays. We started with This Family Is Not For Sale: Season 1 in 2015 and our last was The Boy Called A Girl in 2019.

Starting from the Drama Studio on Legon campus and gradually making way to the big stage at the National Theatre without any form of tangible sponsorship, it went without saying that we had worked as hard as bulls within a spate of five years.

Outside Accra, we had toured Kumasi and even faraway Tarkwa with our plays.
Emergency Wedding was, however, different. 2020 was our fifth anniversary and we were launching it with all our resources. It was ALL or NOTHING.

With all guns blazing, we were putting our best foot forward and investing all we had in a bid to hit a jackpot.

Emergency Wedding was on another level because we had taken everything a notch higher. We had segmented all the public university campuses in Accra and tailored a marketing plan for them.

For the first time, we were booking the National Theatre for two days/nights and this meant every expense was now double. We, thus, had to double up our efforts and strategies despite the little we had.

The script of Emergency Wedding was ready in the latter part of 2019. By October 2019, we had already started hyping a show that was slated for April the following year.

That was how far we were ready to go to make our audience know this show was not only a life-changing experience but a must-watch as well.

The cast started rehearsal in early January 2020. In the background, we were heavily investing spiritually, physically, financially and even emotionally.

The production team was working tirelessly to see a successful production happen. If you have been involved in live production before, you will notice that the longer the rehearsal, the higher the total budget of that production.

We didn’t mind much because Emergency Wedding was a great play and it needed great rehearsal to bring out its greatness.

All was going well. Early bird tickets started selling well. Potential sponsors started rearing their heads. By March, we had printed about 10,000 handbills, thousands of tickets and hundreds of sticker posters and T-shirts.

Preparation had almost gotten to its peak and we were all excited about unveiling this new, much-talked-about play.
And then... coronavirus came knocking on our doors. Restrictions were placed on events. Social gatherings were banned. It looked like our months of preparations were coming to an abrupt end.

The production team began panicking about the future of Emergency Wedding. Were we going to call off our months of sweat? Were we going to reschedule if the need be? What will happen to all that we had already spent?

And then... bad news started trickling in. Our first major sponsor pulled out. As if by dint of fate, other sponsors started following suit. Things started falling apart.

Eventually, our thousands of handbills and other printables had to be thrown into the bin. Emergency Wedding had been called off!

All rehearsal expenses were gradually washed down the drain. We had spent so much on costumes and in the twinkling of an eye, they all looked useless.

It has been months after a show that never happened. Today, I look back at all our losses... and I still smile. It is like looking at a partly filled glass.

To some, it is half full. To others, it is half empty. While some focus on the filled half, others focus all their energy on the empty half.

I look back at Emergency Wedding and it is my decision to choose whether to perceive it as a half full or empty situation.

When life hits us so hard, it is our choice to live the pain or leave the pain. When it has all been said and done, I prefer to look at the fullness of life instead of its emptiness.

Looking at life like a half full glass means looking out for the positives despite the overwhelming negatives. When I reminisce all the great preparations towards the play that look wasted today, I prefer to focus on the priceless experience I gained.

Despite all the money we lost, we didn't lose our lives which were costlier. Something worse could have happened. We could have lost more than we already did. That is how full I look at it.

Whatever bitterness life throws at us, we still should smile. It could have been worse. We may not have everything but that doesn't mean we have nothing. We have something called life.

As long as there's life, there's hope. Unlimited opportunities are always available to the living.
Have you lost your job or a loved one? Does life look gloomy? Perceive life as half full. It could have been worse.

Emergency Wedding returns when restrictions are FULLY removed from social gatherings.
All tickets bought are STILL VALID. However, while we wait, I will keep looking at every situation in life like a half full one — not half empty.