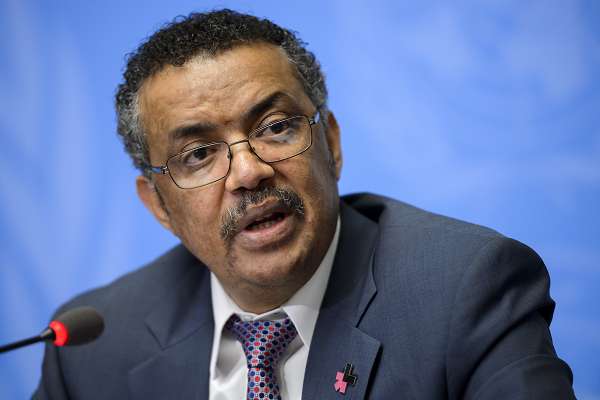 Since the WHO declared COVID-19 a pandemic, scientists, governments, and the public at large have had to contend not only with the virus itself, but also with misinformation leading to a significant portion of society denying its existence, and calling it a hoax.

One would have thought that a pandemic claiming more than two million lives, and which has received such extensive media coverage, would convince people of its reality.

On the contrary, a sizable number of people continue to deny the seriousness of this pandemic.

Denial, as psychologists explain, is a way for people to defend themselves against anxiety.

In the short term, it can have benefits including allowing people time to adjust to a new, less than ideal situation.

The problem is that if this attitude is sustained, then denial becomes harmful.

Pandemic denial is not new and takes varied forms, including denying the existence of the disease itself, denying the impact of the disease or refusing to accept the scientific consensus on how the disease came about, how it spreads, and what the appropriate treatment should be.

During the Spanish Flu pandemic of 1918-1919, governments and the media downplayed the scale of the problem.

The Illustrated London News even wrote that the 1918 Flu was “so mild as to show that the original virus is becoming attenuated by frequent transmission.”

In most recent times, the AIDS global epidemic comes to mind. In South Africa, HIV denialism was formalised by Thabo Mbeki’s government.

He subscribed to unscientific theory that a virus cannot cause a syndrome. Skeptical South Africans coined an acronym for AIDS — Afrikaans Invention to Destroy Sex or Americans Idea to Discourage Sex.

South Africa thus became one of the most HIV prevalent countries in the world.

The HIV prevalence there is 18.8 per cent, while Senegal, which took the virus seriously and changed their public health policies and programmes, has a prevalence rate of 0.4 per cent (per UNAIDS estimates in 2017).

There is certainly more to this simplistic and less nuanced comparison, but it is consistent with how overall, leadership and policy changes affect disease outcomes in populations.

Throughout history, deniers have exhibited characteristic patterns. They express strong doubt in science and question the motives and integrity of scientists.

In Ghana’s case, people are claiming the vaccines are designed to make them impotent and were made to exterminate Africans.

Deniers also amplify the disagreements among scientists as evidence that there is too much doubt to believe the scientific narrative. They exaggerate the potential harm.

For example, they cite adverse vaccination reactions and generalise it as a common occurrence. I have heard some Ghanaians say the vaccine is much more harmful than the disease itself, ignoring an abundance of evidence that both in the clinical trials and real-world experience, the vaccine has been shown to be safe and effective.

We find ourselves facing another deadly disease, and denialism is on the increase with social media playing a huge role in spreading misinformation.

I am, particularly, encouraged by the Ghanaian leadership’s open support of science and the steps taken that have largely kept the spread of COVID-19 under control.

The latest is the public vaccinations of our key and influential leaders including the President, the two former Presidents, Otumfuor Osei Tutu II, the Chief Imam and many others.

When leadership takes such bold steps, many people follow. It is the first and most important step to reducing denialism.

Public health education must, therefore, be a top priority. COVID-19 presented the public with a glimpse of science in its uncertain phase, with a dizzying array of statistical graphs, varying information on therapies and frenzied tune-changing tune on masks, especially in the initial stages.

This is used by some to breed mistrust in science.

The solution is to continue educating the public.

When people are not provided with scientific knowledge of a form they can understand, it is easy for them to fall for fear-laden conspiracy theories.

Denialism is being spread by, among others, preachers, anti-vaccine campaigners, politicians, natural healers, and other notable public figures.

Education for all is needed, especially for opinion leaders. But it is especially disheartening that a section of those spreading misinformation are healthcare workers, some of whom may not have the right information.

Traditionally, public health education has targeted the masses, but with new diseases, the education of healthcare workers is especially crucial, and we should not be quick to assume that health workers have expert knowledge of such diseases.

There should be more conferences and educational symposiums organised to teach healthcare workers about the disease so they in turn will provide informed knowledge to the public.

In the long-term, efforts should be aimed at giving science education a lot more focus. The Padmore Adusei Amoah’s study cited above concluded that health literacy mediates the relationship between social participation and health status and wellbeing.

A well-educated populace will take their health seriously.

Denying science and the danger of this pandemic only makes our efforts to control the disease more difficult.

Hopefully, through increased public education, many will accept the reality of our present challenge.

The writer is a Board Certified Internal Medicine Physician,