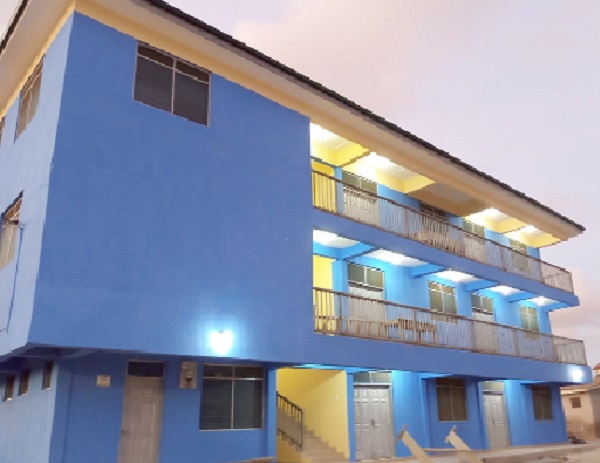 Imagine travelling two kilometres and back three times in search of water every morning before preparing for school.

That is not the only challenge because you have to compete with animals for the water from a river.

Reporting to school late had become fashionable under such circumstances.

That was the story of Ms Mary Kofi, a student and resident of Sagnarigu Zongo in the Northern Region, for years until recently.

For Madam Rahma, also a resident of Sagnarigu Zongo, the long distances she trekked in search of water every morning affected her productivity at home, apart from the attendant health issues associated with drinking the water in its natural state.

She always had to boil some of the water to supposedly kill the germs before she and her five children and husband could drink it.

The danger Madam Rahma faced was that boiling the water from the river was not enough to turn it into safe drinking water for her household.

Other residents also had to contend with ailments when they drank water from the river, whether they boiled it or not.

Both young Mary and Madam Rahma have a better story to tell now as they can fetch water from a nearby mechanised water system provided by the Zongo Development Fund (ZoDF).

For pupils and teachers of the Institute of Islamic Studies (Research) at Nima, a popular Zongo community in Accra, their dilapidated education facility was so bad that they competed with rodents in their classrooms.

The windows were shattered, the floor had cracks and was dusty, the ceiling was awkward and toppling.

“Whenever I was approaching the school, I felt so repulsed.

Now with an extensive renovation, which included complete re-roofing, the installation of doors, and the laying of wall and floor tiles, I now have a sense of satisfaction and confidence coming to school”, said the Headmistress of Research JHS, Mrs

Francisca Mary Abutiate, during an inspection of the facility.

“This nice school building is a blessing as it will eliminate congestion in this school and encourage more children to enrol.

The children were crowded in school, and I believe that the new school building will solve the challenge of congestion.

The furniture provided will also give the pupils some comfort”, Mallam Abu, a parent at Manso Amenfi Zongo in the Western Region, said after the inauguration of a six-classroom block put up by the ZoDF in the area.

“For me, but for the scholarship grant provided by the ZoDF last year, I could not have paid my school fees or been allowed to write last semester’s exams”, according Ms Amina Alhassan, a final-year tertiary student.

These are a few of the stories of the impact of the ZoDF’s interventions in Zongo communities across the country.

Teachers have enough classrooms to space up the pupils in line with the new COVID-19 safety protocols.

About 400 needy, brilliant tertiary students from Zongo communities have received educational grants from the ZoDF to pursue various courses in the sciences, engineering and humanities.

Some 1,200 youth have also been trained in various vocations such as beads making, leather works, soap and sanitiser making under the Zongopreneur programme.

Another major intervention by the ZoDF is the construction of Astroturfs in Zongos. Aside the promotion of sporting activities, these Astroturfs have served as avenues for all community engagements such as marriages, naming ceremonies and funerals.

Other public functions are held there.

It is a mark of the importance that the presidency attaches to the Astroturfs that President Akufo-Addo himself inaugurated some of them in Kyebi, Salaga and Akim Oda Zongos.

Vice President Dr Bawumia also inaugurated the ones in Walewale and Fadama.

The more than 200 mechanised water systems have ensured the provision of water for the people, while the women and children are saved from travelling long distances in search of water.

Abura Zongo, Opeikuma Zongo and Nkwanta are among the beneficiaries.

Personal hygiene and good environmental outlook have improved in many Zongo communities as a result of the toilet facilities provided by the ZoDF.

The facilities have greatly reduced or eliminated the phenomenon of open defecation.

Kumbungu and Anweaso Zongo are some of the beneficiary communities.

Several projects have been outlined for the coming year and beyond.

One of the key projects is the construction of 16 model senior high schools in each of the 16 regions.

The Fund will also increase its support for brilliant, needy students under the scholarship grant and focus more on building the entrepreneurial skills of women and the youth in Zongo communities.

If the current trend of development projects being executed by the Fund under the leadership of Dr Abdulai in Zongos is sustained in the next few years, those areas will witness improvement in infrastructure and living standards of the people.