They also serve, who decorate 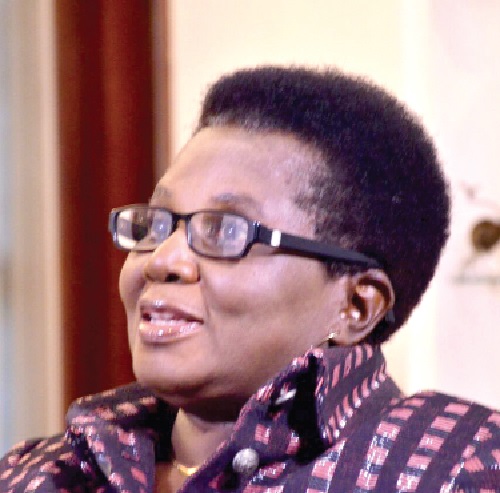 The new president of Chile, the 35-year-old Gabriel Boric, has named a majority-women cabinet, made up of 14 women and 10 men.

There are other interesting things about this cabinet, like the average age being 49, or the defence minister being the granddaughter of President Salvador Allende, who was deposed in General Pinochet’s bloody coup in 1973, but at the moment, I am only interested in the females making the majority of the cabinet.

Faced with such a stunning story, obviously, my mind comes home to Ghana and I am wondering when we could ever hope to have a 50 per cent female Cabinet.

Note that I am not dreaming of a majority-women Cabinet.

There is a picture making the rounds on the net of this new Chile Cabinet that comes with the 1990 Cabinet which was all male.

I think the juxta positioning of the two pictures is meant to say it might look impossible, but it can happen.

I have, therefore, been thinking of our realities here in Ghana. The first obvious question to seek an answer to is, how do you get appointed as a minister of state in Ghana?

The President appoints a minimum of 50 per cent of ministers from Parliament, so if you get elected into Parliament, you stand a reasonable chance of being considered.

But the first consideration in our circumstance is for you to be a member of the political party on whose ticket a President is elected to form the government.

I am looking at the political parties, therefore, to see how the females are faring and what roles they play

We of the New Patriotic Party (NPP) had our national conference in Kumasi a few weeks ago.

We the females went to the conference all decked out in a specially designed customised cloth.

It was impressive and for the umpteenth time, I tried to point out to anyone who would listen just how imaginative and innovative our designers and tailors were.

I don’t know how many thousands of NPP women there were at the conference wearing this special cloth and each and everyone’s cloth had a special customised and different style. There was no repeat style.

I don’t know how they do it, but there must be a particular art to a thousand women wearing the same cloth and each of them having a different style.

I had always been fascinated by the colourful party paraphernalia that is usually on display at these conferences and the extent of our adventures in dressing up used to be limited to the hats we wore.

At NPP conferences, our Daavi Ama and Esther Ofori were easily the most striking and used to set the pace because of the hats they wore.

Then things started to change gradually until we reached the stage where we now have a special cloth that all the women wear.

As we thronged the Kumasi Sports Stadium, it suddenly dawned on me that we the females were there very much as decoration, we were there to add colour to the occasion.

Our role in the setup was not immediately obvious.

This was a horrible thought, I admit. Women have always been part of the political landscape in Ghana, they were appointed ministers of state in the first government of independent Ghana and since then, have fought for and won seats in Parliament and been appointed to ministerial positions in whatever type of government we have had.

I have been a minister of state, I have contested a parliamentary seat, gave it my all and even though I did not win I would dare anyone to suggest I was any less a serious candidate because I was female.

But once I got onto the train of thought of women as decorations in our political parties, I couldn’t get it out of my mind.

Why is there a women’s organiser in the political party structure and what is she expected to do apart from making sure there is food for everybody to eat?

I have not seen anyone ask the women’s organiser of a political party to seek out women’s views on kindergartens towards the formulation of policy whether it be for inclusion in a manifesto or the drawing up of a bill to take to Parliament.

I have not seen anyone ask a women’s organiser to seek out women’s views on the dualisation of the Accra-Takoradi road.

I suspect that is probably because nobody thinks women have any special views on the dualisation of the road that are different from what men think.

Even if someone does want to find out if women have any special perspectives on the dualisation of a road or on what our relations should be with Hungary, nobody is going to ask the women’s organiser.

I decided I was probably looking the wrong way and it might be that the role of the women’s organiser is simply to bring women into the party and convince women to vote for the party.

That would be a big job, bigger than what the national organiser does, seeing as there are more adult females than there are males.

In which case, would it be that the national organiser is responsible for bringing males into the party and convincing males in general to vote for the party?

I doubt that anybody would accept such a proposition. The national organiser is responsible for organising everybody, male and female.

I can just about see the point of a youth organiser and other such sectional denominations because a party may want to target them especially.

The women’s organiser position just makes me now begin to think we are expected to accept that the party is really for the men and the women are there to do what women do, worry about food, clean up after everyone and add colour to the occasions.

This rambling was set off by the photo of the new Chilean cabinet of 14 women and 10 men.

I was trying to work out if it was likely that our political system would ever produce such a photo.

If you come across this Chilean cabinet photo, take a close look. You would notice that the females have certainly brought colour to the boring black suited males that made up the Cabinet of yore and the clothes they are wearing are quite adventurous.

Even more interesting is the fact that some of the women have got little children with them in the photo.

I am quite adventurous in my imaginations of what our politics of the future will look like, but I am not at all sure that the day will soon come when a child will be allowed in an official photo of the Ghana Cabinet.

As for a majority-women Cabinet, I have decided they also serve, who decorate.