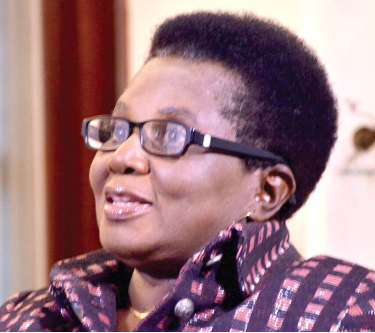 I have discovered a new word. Well, it is new to me, but I find that it is a word that is supposed to have been in use since 1974. Just tells you how blissfully ignorant one can be.

The word is WHATABOUTERY. Yes, it is a word alright and even though it can’t be found in my old, trusted, dog-eared dictionary that sits on my desk, my phone assures me it is an English word.

Here are definitions offered of three variations of the word in sentences. Whataboutery is deployed by people who are themselves accused of a charge, and who wish to distract rather than defend themselves – it is a misdirection of the guilty.

Whataboutism: blame can be accepted without some finger-pointing immediately following it but, especially online, it is all whataboutery.

Whatabouteries: there was always the lurking suspicion that the promised new approach could not be sustained and that old whatabouteries would inevitably surface.

Now that you have seen examples of how the word is used, here is the official definition of WHATABOUTERY: it is a noun, and it is defined as the technique or practice of responding to an accusation or difficult question by making a counter accusation or raising a different issue. All too often, the definition continues, well-intentioned debate descends into whataboutery.

I have no idea how I have managed to operate all these years without such an important word in my lexicon. To borrow from Nigel Warburton, the British philosopher whose article introduced the word to me, all current political debate seems to be hinged on whataboutery.

You try to talk about the events that have gripped the whole world, Vladimir Putin’s invasion of Ukraine and the answer is what about the long history of American and British imperialism around the world?

What about the US going into Iraq? Or as someone put it, to understand what is going on, wherever Russia appears, put America and wherever Ukraine appears, put the Middle East.

This presupposes, of course, that I understand what the Americans went to do in Iraq or that I agreed with the invasion of Iraq. It presupposes therefore that whatever reasons I would have had for agreeing with that event, I could use the same reasons to justify the Russian invasion of Ukraine.

I am not sure how helpful the reference is for those who opposed the invasion of Iraq, but by the time you get to that, the debate would have moved on and it would be taken you have been adequately silenced.

Every day when you listen to political discussions in this country, you realise nothing is judged unless it can be compared with what someone or some other group did or said some time ago.

Now that we have this unforgiving Internet, if I am accused of stealing, all I need do is find an example of an opponent stealing. I could have stolen from the orphanage and my opponent could have stolen a makeup bag, once the word steal appears, we are in whataboutery territory and I am free to move on.

Nigel Warburton writes that whataboutery rests on the false premise that wrongdoing is mitigated if others have done something similar and that accusers need to be innocent of the crime of which they are accusing others.

He points out that liars can sometimes tell the truth and those who are immoral or even those who engage in criminal activity are not necessarily precluded from pointing accusing fingers at other’s wrongdoing.

It will be useful if we would just try and judge current events without getting into whataboutery.

I notice that past actions, accepted generally at the time to be wrong, are now being justified on the basis that something similar is currently being done.