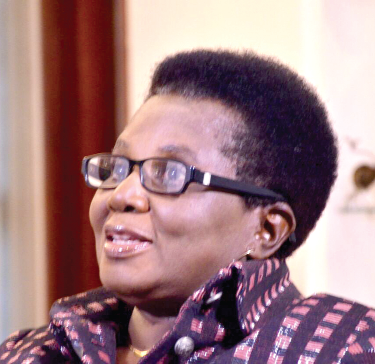 Thirty years ago, on June 3, 1991, my father, Stephen Kwasi Ohene, died.  I am writing about him because I believe he typifies the many people who built Ghana by simply doing what they knew to be right and their stories hardly ever get told.

How do I explain my father to an audience of today? He was strict, of course, but everybody’s father in those days was strict. His yeah was his yeah and his nay was his nay. He never, ever arrived late to any function in his life.

He was passionate about the environment way back then when it wasn’t fashionable, but he appeared to champion non-fashionable causes.

He tried and failed to convince the people of Abutia of the dangers of allowing charcoal makers on the land. He told them the dense forest that was then what characterised Abutia lands would disappear if not treated with care.

Today, the forest is gone. He planted a lawn in his house in the village and was mocked mercilessly; whoever heard of growing grass on the compound when it should be swept?

His children were forced to know the Latin phrase Mens sana in corpore sano, (a healthy mind in a healthy body), because he did not only repeat it every day, he lived it.

The first sound from him at dawn was him doing some physical exercise before his bath and the same routine in the evening.

Mens sana in corpore sano also meant, at least according to Mr S. K. Ohene, speaking the truth and being clean in your language and your surroundings.

We, who were his children felt he took the business of leading a simple life to the extreme.

His trousers always seemed to be out of fashion and on a school campus, it was excruciatingly embarrassing for the children but he would be unmoved and tell us to find something interesting to occupy our minds.

He and his wife had eight biological children, six of us grew into adulthood, but many other children passed through their home and considered them parents.

It can be safely said that nobody who grew up in the Ohene household would ever litter or cut down a tree needlessly.

He preached a balanced diet and frowned upon too much carbohydrate in whatever we ate.

In the Ohene household, he and his wife, our mother, Mrs Augustine Atafe Ohene, made sure there was always plentiful supply of protein for the children.

Wherever we lived, we kept some backyard poultry, which ensured we had chicken every Sunday and a goat was killed once every month.

He read and read and read and our house was full of books. He was the first person from Abutia to have gone to the university and he made it his responsibility to ensure he brought as many other people up with him as possible.

He was a teacher and way up into my adult life, I had to resign myself to being known and called “Mr Ohene’s daughter”. Indeed, I think I had to become ‘notorious’ to gain an identity of my own.

One of the things I hold against the Provisional National Defence Council (PNDC) regime is that I was not in Ghana in the last years of my father’s life.

On a street in Cricklewood in North London, a few weeks before he died, my sister Susie and I met two former students of his and they burst out laughing on meeting us.

They recounted a story about an English language lesson in Abuakwa State College with their teacher Mr Ohene. He had marked and was discussing essays that the students had written.

A student had described something in his essay as being “as white as snow” and Mr Ohene was unimpressed.

“Have you seen snow before,” he barked at the student, “use words and expressions that you know and of which you have personal experience….”

The events about which the two men were regaling us had occurred some 30 years earlier, indeed, Susie, my kid sister and my father’s youngest child, had not even been born by the time of those events in a classroom in Abuakwa State College.

But Susie and I could identify immediately with what the two men were saying, our father had drilled into us the need to be unpretentious and as simple as possible, both in language and in behaviour.

You spoke and wrote whatever language you were employing in the most straightforward manner; since you had no experience of snow, you didn’t go saying something was as white as snow!

He had gone to Achimota and had a lifelong love affair with the school and we heard far more stories about Achimota school than about any other educational institution he had been.

I recall that he and our mother once came to Accra in 1980 just so they could attend a special staging of the Gilbert and Sullivan operetta, the MIKADO at the school.

He went to Legon, the University of the Gold Coast in 1951 when I was in Primary Class 2 and when he came on holidays, he brought me the first novel I ever owned, an Ewe translation of Jonathan Swift’s Gulliver’s Travels.

I have in my later life since then, tried without success to find a copy of that book.

When he graduated from Legon in 1954, he went to teach at Mawuli School. Those were heady days for him and some of his friends on the staff of the school as the country was engulfed in politics.

His friends were Kodzo Ayeke, S.G. Antor, Rev. Ametorwobla, A.A. K. Tse, E.K. Datsa, V. O. Anku and others and they formed the nucleus of the Togoland Congress and were on the side that lost the plebiscite in 1956.

In December 1958, it was announced on the radio that he and his friends, A.A. K. Tse, E.K. Datsa, V.O. Anku all had to leave Mawuli School and were barred from working in the Volta Region.

He uprooted his family and ended up in Kyebi, Abuakwa State College in January 1959 and later became the headmaster of the school.

The Kyebi years would deserve their own story one day, but he came back to teach in Mawuli School in September 1963 and became headmaster in 1969.

When the Progress Party government of Prof. K.A. Busia was overthrown in January 1972, my father, S.K. Ohene, the headmaster was arrested on the school campus amidst a lot of drama and taken to the Ho prison where he was kept in custody till April.

When he was released, he retired from the teaching service and went home to Abutia where he lived and tried to encourage people to read and read until he died in June 1991.