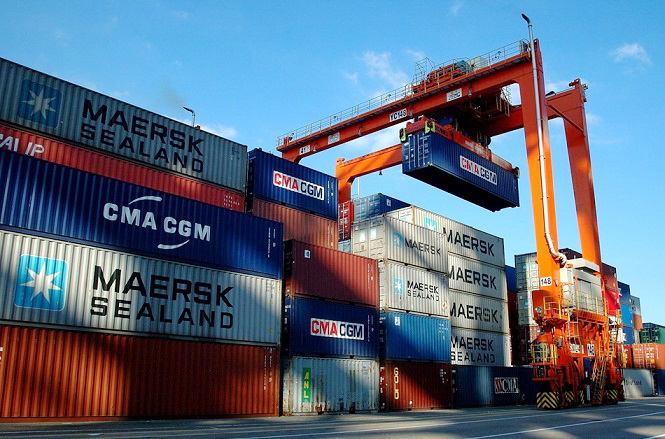 Containers at the port
30.5k Shares

I was certain that nothing could shock me about the extent of malfeasance and fraud in public life in this dear country. Now I am not so sure. I have stumbled upon a story that has literally taken my breath away.

It is a story that probably better belongs on the news rather than Opinion pages of this newspaper and should be handed over to some enterprising reporters to deal with. Hopefully, law enforcement officers would then make sure that proper investigations are carried out and loopholes are closed to ensure that there is no repeat ever.

Anyway, here is the story and I tell it only in the hope that it would not be allowed to “die” like all other stories that shock us one day and fade away the next as they are replaced by more scandalous ones.

A little background about how I came to the story might be interesting even if not exactly useful in aiding understanding.

Last year, I made a programme for the BBC World Service about refrigerators. The producer of the programme and I gathered material from Ghana because it is my home, the USA, India and the United Kingdom.

The interviews for the Ghana part of the programme were conducted at the height of our dumsor problems and we were forced to change the focus of the story here to what happens to fridges when electricity supplies are not regular and the need for energy conservation.

One thing led to another and I got very interested in how come cfc fridges were still on sale in Ghana long after their importation into the country had been banned. I have since then kept my antennae firmly wired on, trying to keep track of how used fridges enter Ghana.

So here is the story: A container consigned to the British High Commission arrived at the port in Tema a few days ago. Since it was addressed to a diplomatic mission, it meant it was not subject to customs inspection by the authorities at the port. As is normal practice, the container was not put through the scanner to check what was inside. It should have been simply waved through without a second thought, especially when the declaration of what was inside the container said “hand tools and household goods”.

But someone got a little anxious or a little difficult, depending on whichever point of view you choose. This person pointed out that this container was the fourth, since April this year, that was consigned allegedly to the British High Commission and was declared to contain “hand tools and household goods”.

I am not quite sure how the CEPS officials were eventually persuaded that there was something suspicious about the container and who took the decision to risk a serious diplomatic incident between Ghana and Britain by opening what was clearly labelled as being consigned to the British High Commission in Accra.

When it was opened, I understand that the packing list inside the container bore no relationship to the things on board nor to “hand tools and household goods” that had been declared. I have not been able to get hold of the complete and definitive list of what was inside the container, but I am able to state that the container was found to have on board banned cfc fridges and other interesting things, including a four-wheel drive vehicle.

The fact that there has been no diplomatic fracas since this container was opened tells me that indeed this must have been a carefully planned scam of breath-taking proportions.

Or the organisers of the scam would have to be people who were hoping that simply putting British High Commission would prove so intimidating that no one would dare think of questioning, never mind opening the container?

This case probably only became a story I got to hear because the people involved got greedy and pushed their luck. My information is that this was the fourth container since April this year that had arrived at the port in Tema which had been consigned to the British High Commission and was declared as having “hand tools and household goods” on board.

I wonder what the other three had in them; would it have been illegal goods such as  my bete noire, the cfc fridges or would it be guns and ammunitions of some kind or the other, or would it have been drugs, or would it have been straightforward goods like computers, or television sets or shoes on which the people involved, organised this elaborate scam simply to avoid the payment of duties? This makes our country suddenly seem extremely vulnerable and makes me feel very cold.

So what has happened since this container was opened at the port? There have been no howls of protest from the alleged consignee that the sanctity of a diplomatic container had been violated. It would seem that the high commission people do not even know that they supposedly had a container at the port that was of interest to the Customs.

The customs do not seem to have told the high commission that one, we have opened your container against the rules and two, we have found illegal goods and three, the declaration, the packing list and what was in fact contained in the container all don’t match.

There are too many loose ends to be left unattended. The British High Commission is unaware of the container or that their name had been taken in vain. What about the three earlier containers, what was in them and where are the goods; or how many other containers were similarly labelled and cleared over the past how many months or years; or should all goods allegedly consigned to diplomatic missions be treated with suspicion?

Have I got the answer to how come cfc refrigerators, long banned from Ghana, are still being sold in the markets? Is anything sacred in this country? Why am I still shocked by these things?