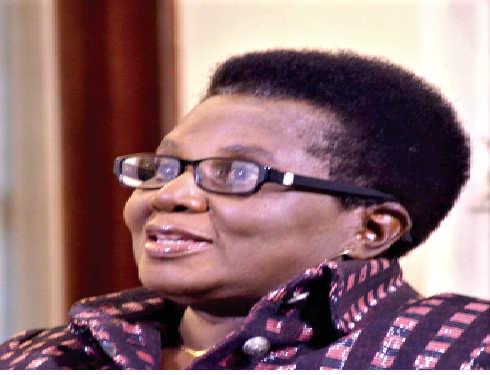 It has been difficult to avoid the subject of taxes these past three months.

For a country that is notorious for its people not paying taxes, it is interesting that everybody has had something to say on the subject.

Two things have always intrigued me on the subject of taxes in this country. When it comes to the spending of money by the government, every Ghanaian sees himself and claims to be a taxpayer.

For example, I haven’t yet met anyone who does not believe that it is his taxes that are paying the president of the republic and pays for the fuel in every V8 vehicle on our roads.

In much the same way, when it comes to the provision of facilities for public use, the demand is always linked to being entitled, because we pay our taxes.

I wonder if we all unconsciously believe that it is the paying of taxes that confers on us the right to make demands.

The government after all is given the right to collect the taxes and to decide how the monies so collected are spent.

Once upon a time, only those who paid taxes were given the right to vote. Thank God nobody is linking the voters register to tax identification numbers these days.

But we must admit that the paying of taxes does not come easily to us. There are societies where people take pride in paying taxes and at the very least, consider it a civic duty even if you don’t particularly like it.

Our antipathy towards the paying of taxes probably has its roots in our being colonised and the feeling that paying taxes meant collaboration with the colonial masters.

We did not consider gaining our independence meant we now had to pay taxes; the new political masters told us we now had access to our own wealth which the colonial powers had been siphoning off to their countries all these years.

This was demonstrated in various ways, the most dramatic being the stripping away of cutlery, crockery and linen from the newly constructed Ambassador Hotel by visitors, patrons and staff of the hotel. It continues to be demonstrated by our attitude to public property.

I am not quite sure where the concept came from of a national cake that exists to be shared among all of us and all we need to worry about is the equitable distribution.

Since we do not seem to worry very much about how this cake, so called, is put together, it is not surprising that there is never enough to go around. 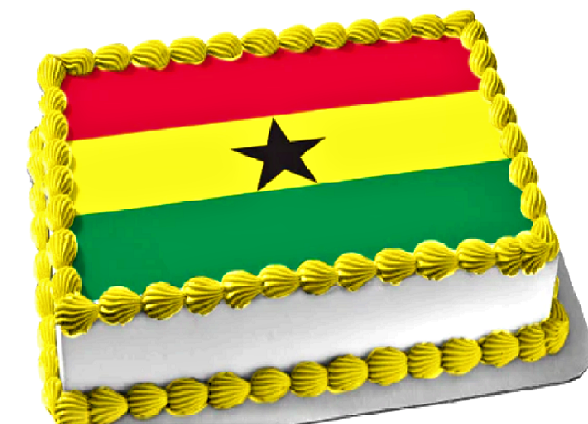 National cake: How is it shared and who contributes to it?

Far from a public cake to be shared, there is an Ewe saying which urges individuals and communities to make sure they contribute their bit of milled corn into the making of the food so they can have a say in the sharing.

I have heard a lot about double taxation since the Minister of Finance brought the new word, E-Levy, into our vocabulary.

What else have we ever done except to be double, triple and maybe quadruple taxed?

I work, I receive pay that is taxed, when I purchase anything with this taxed money, the goods are taxed. When I employ services, they are taxed, or are they?

Not sure my plumber and electrician and carpenter and mechanic charge VAT, or my hairdresser or manicurist or dressmaker. Are they supposed to charge VAT?

I don’t know, I pay them and I expect them to discharge their tax responsibilities, all I know is I pay from money that was taxed when I earned it, but at every stage of my spending, I pay tax on it.

The bank which keeps my money tries to charge me various fees on this already taxed money and I have given up trying to complain, they take these fees, which is another word for taxes and I accept that is how things are.

It might not be the government taking it this time, but it is taxes all the same, in my book.

If by some miracle, I am able to save money and I get it into my head to buy a car, I pay taxes on it, never mind that the money comes from my already taxed earnings.

If I choose to do without going to fancy restaurants or choose to stay at home and not go visiting the exotic areas of my dreams and I slowly and painfully manage to build a house, I enter a different bracket altogether.

No notice is taken of the fact that I paid taxes on everything used in the construction process, it does not matter that I would have paid lawyers, architects, engineers, and every imaginable professional and artisan to be able to build this house.

Once I am a house owner, I am obliged to pay some new taxes.

Sometimes you think you are being punished for being frugal and careful as your parents had taught you to be.

If you had spent your already taxed money doing something really enjoyable like indulging yourself with good food, top range champagne, designer clothes, shoes, handbags, perfume, changing and upgrading your smartphone, travelling first class instead of coach, or whatever it is that gives immediate satisfaction, you would be better off.

But you deny yourself and you build a house, you have to pay more taxes for your pains.

All I am trying to say really is that double or quadruple taxation has always been part of our lives and very existence.

When you have sacrificed and scrimped and saved money, once you want to spend it, taxes have always come into play.

As far as I can work out, it is only pension money that is deemed sacred and out of reach of the taxman when you are being paid your contributions; but I can tell you that if you wanted to spend your pension money, there is no distinction made between a pensioner’s money and a 26-year-old’s money.

Maybe we should just accept the Benjamin Franklin dictum of taxes being one of only two certainties in life, the other one being death.

We in Ghana accept and find ways to deal with death but appear determined to reject the other certainty of life, taxes.

I am happy to pay this E-Levy; the electronic financial transactions make life easier for me and if Mr Ken Ofori-Atta wants to impose a tax on them, I am ready to hold my nose and pay.

But I do think it is intolerable that when I am harassed to the point of distraction and I send MoMo to someone who I discover has asked and received GH¢50 or GH¢100 from everyone on his contact list, I should pay the tax.

The recipient should pay this tax, even if it is on 50 cedis.

Am I to understand that someone can receive GH¢100 from ten different people in a day but won’t be taxed because he is deemed to be poor but if I send GH¢200 Vodafone Cash in a day, I would pay the E-Levy?

I don’t quite buy into this fear of being seen as taxing the poor. There is nothing new about poor people paying taxes, we already do.