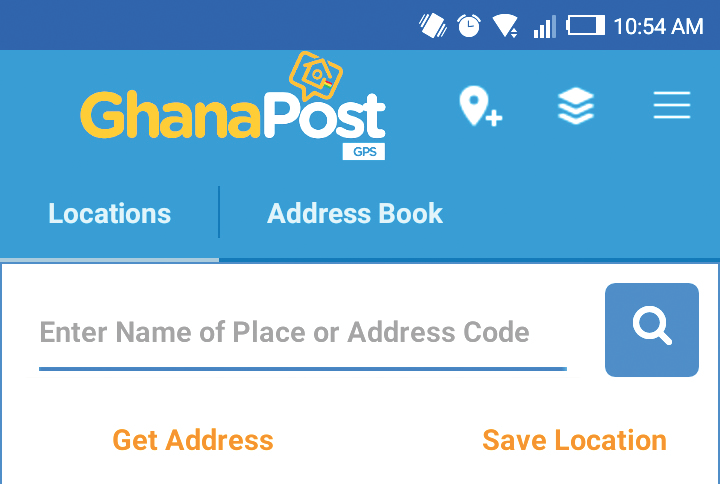 The government's much-talked-about digital addressing system has been activated amidst fanfare.

Why not? The very good initiative has taken the country all this while to successfully implement, having been on the drawing board for quite some time now.

It is not the first time the country has toyed with the idea to have such a system in place. Ghana, in 1974, attempted to develop a comprehensive address and postcode system but that failed.

Since the inception of the Fourth Republic in 1993, strenuous efforts have been made by past governments to implement such a system. Former President John Agyekum Kufuor’s government secured funding from the Danish government in 2007 to undertake a street and property naming exercise, but it was the National Democratic Congress (NDC) that began the naming of streets and property and the governing New Patriotic Party (NPP) has added to it by successfully launching the National Digital Property Addressing System.

The launch of the new system, which is in fulfilment of one of the campaign promises made by the NPP in its bid to win the December 2016 election, is expected to provide addresses to 16.1 billion locations in the country and will cover 27million Ghanaians at a cost of $2.5m or thereabout.

The advantages are numerous and according to the Vice-President, Dr Mahamudu Bawumia, who was speaking to faculty and students at an Institutional Advancement lecture at the University of Cape Coast in the Central Region two weeks to the launch of the new system, the digital addressing system will ensure that "even if you live in the middle of River Oti, you can be traced".

This sounds good and promising for nation Ghana which is struggling to position and assert itself within the global economy.

Essentially, the system is to formalise the Ghanaian economy, where every property in Ghana will have an address and can be accounted for, including the location of the blue kiosk, the ‘waakye’ seller or the ‘koko’ seller. The Property Addressing System also means that the ‘koko’ seller can now open a bank account, as he or she will be able to meet the basic requirement to access loan facilities from a bank.

However, the ability for this new system to formalise the economy is left to how the people embrace it.

Absolutely, the digital system is a very good thing but considering the way our larger society is planned and structured, there is the need to critically address the basic fundamentals to make the system more effective.

Our Town and Country planners must be resourced to enable them to discharge their duties efficiently. Currently, across the country, many people are building at unplanned areas where there are no roads, drains, electricity, water and other basic amenities.

For the system to work efficiently, we definitely need to get our act together and put in place a good layout. The community of Tema readily comes to mind as an example of a well-planned area which must be replicated across the country.

However, the way we are going as a nation, and how we are putting up our structures, especially at the slums, leave much to be desired.

It is better late than never to have named roads at the slum areas instead of the ‘’waakye’’ or “koko” seller’s spot which constitutes a difficulty in locating individuals.

Undoubtedly, the new system, with its advantages to help formalise the economy, will equally face some challenges. For instance, how is the new system going to work, especially in our slum areas where there are no proper layouts and structures? Roads are absent, not to talk of street or road names.

House numbers are entirely absent or not properly done. Many people living in homes do not even know their house numbers. What really happens if the “waakye” or “koko” seller,” for instance, relocates? Can the system still identify such places?

A friend who lived at Maamobi, in directing me to his house some time ago, only said, “If I got to the big tree beside the big gutter at Maamobi, I will find his abode.”

Over the years, Ghanaians have become accustomed to using landmarks as means of giving directions to locations of properties.

In planning the development of the country, there is the need to carry the people along and the country can no longer focus on only a small segment of the population.

Interestingly, many Ghanaians, if even aware of the launch of the new digital addressing system, know little about what it is all about.

Sample the views of some Ghanaians on the new system and their responses will be diverse and interesting.

It appears that our understanding of the system is at different levels and we are not on the same page.

Massive educational campaigns are, therefore, required to make the exercise a part and parcel of the Ghanaian culture.

“The ‘blue kiosk’, the ‘waakye’ seller, the ‘Kofi brokeman’ seller, and ‘that big tree at the junction’ which have all easily become reference points for giving directions, must come to an end.

It is hoped that as our President, Nana Addo Dankwa Akufo-Addo, rightly articulates with the launch of a solution to our location and addressing problems: this time will mark the end of an era and the beginning of a new one which will, ultimately, change the way we do things.

Where are you hiding?

While lauding the government for the bold steps it has taken to formalise the economy and the way we will conduct our everyday activities, including the way the government delivers services to citizens, it is hoped that every location in the country will be addressed properly and digitally with unique codes.

If we want to unravel where we are all hiding, as pertains in the advanced communities such as the United Kingdom and the United States of America, to reap the benefits of the national exercise, then it is essential to harmonise the street naming and property labelling to ensure that everybody can be located.

There is a lot more to be done and the government cannot remain complacent. In everything we do, the political will factor will be the game changer. After all, it is the will power to implement greater ideas that distinguishes doers from talkers.