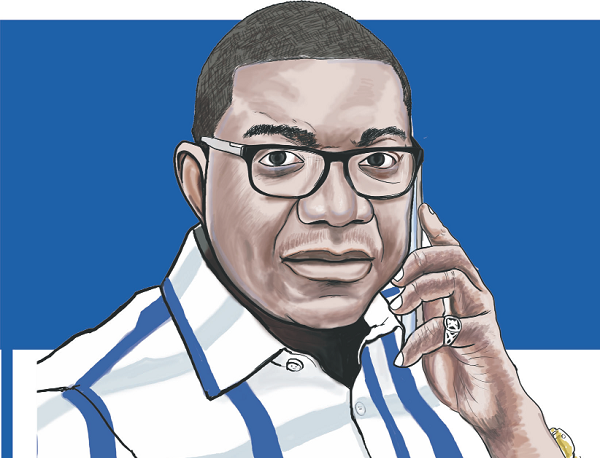 The Civic Realities column took a short break during the Christmas and New Year holidays. During the period of absence, many things have happened within and outside the governance process. Some were interesting, dramatic, sad and tragic.

As an epitome of values and virtues, I do hope the late K.B. Asante will be given a befitting burial worthy of a person who paid his dues to the governance process in pursuit of nation-building.

As the country is still in the throes of disbelief and shock over the death of these national assets, that of Ebony, the rising star in particular, refreshes the pain and deplorable state of our roads.

It is believed that a heap of sand on a terribly bad road caused the shocking and tragic death of Ebony as her driver tried in vain to bypass the heap of sand and in the process, ran headlong into a racing bus heading from Accra to Sunyani.

This brings to mind the helpless state of the country’s roads and the ease in which fatal accidents keep occurring each passing day. To say our roads are in bad shape is not in doubt. However, even though our roads are bad, it is time state authorities and stakeholders, including drivers, stop paying lip service to issues of road safety and safe driving. Driving across the country, it is clear the country’s roads are not roadworthy. Most of the major roads are not lit and it is difficult driving on them during the night. More tragically, most of the country’s roads are without road signs, and even when they are available, they are not visible, road markings are just not there or badly faded and cannot be detected. Beside these challenges are the associated indiscipline on our roads. No one is prepared to show courtesy to the other road user. It is as if we are in the jungle battling for survival with no mercy for each other. These negative traits must change for the better if we are to see safety on our roads.

It is, therefore, heartening that the President  has promised in his second State of the Nation Address to fix the bad roads.

Another worrying challenge facing the country is job creation. It looks as if governments upon governments are paying lip service to the problem. This is very disturbing. According to a ‘2017 public expectation survey’ by the Institute of Economic Affairs (IEA) to gauge the opinion of Ghanaians on what they considered to be the most pressing economic issues to be addressed by the government, the findings indicated that majority of the respondents (33 per cent) expected the government to give the most important priority to job creation in 2017. This comes ahead of stabilisation of the economy (23 per cent), creation of a friendly business environment (20.1 per cent), promotion of agriculture (15.5 per cent) and the building of infrastructure (8.4 per cent) in 2017.

Job creation is not magical and it will require a carefully thinking through process where there is effective coordination among all stakeholders including the Statistical Service and the Labour offices.

What are our politicians, both in government and outside the  government - also doing and working in concert to collectively address the issues of job creation, high cost of living, as well as the rising cost of fuel, which seems to be worsening the plight of many Ghanaians.

For the one year that they have been in office, President Nana Addo Dankwa Akufo-Addo last night had a face-to-face conversation with each of his appointees in evaluation sessions to help inform him about the achievements or otherwise of his ministers.

The appraisal, originally scheduled for last Friday was rescheduled to yesterday. It comes on the back of a report presented to the President by the Minister for Monitoring and Evaluation, Dr Anthony Akoto Osei on the performance of government appointees and programmes.

Since former President John Dramani Mahama handed over the reins of government to President Akufo-Addo in 2017, the expectations of many Ghanaians have been soaring and justifiably so with the plethora of promises waiting to be fulfilled.

Interestingly, this year, 2018 in particular, has also been described as the year that will define voter sentiments and appreciation. This is because 2019 will be deemed a mop-up year with 2020 becoming a full-blown out election and campaign period.

The NPP in particular, now in government, has no time to waste than to work extra hard to ensure that several key economic issues that citizens expected the government to tackle the most, including job creation, building infrastructure, ensuring economic stability, creating a friendly business environment and promoting agriculture, are met.

There is already a lot of intra-political activities going on. All the major political parties are reorganising from the unit levels through to constituency, regional, national and flag bearer levels to effectively contest the 2020 election which is  two years away. The NPP and the National Democratic Congress (NDC) as well as to some extent the Convention People’s Party (CPP) and the Progressive People’s Party (PPP) are electing their executives at the ward, branch and the constituency levels. The reorganisation exercise which has started in earnest  will end with the nomination of their regional and national executive officers as well as presidential candidates for the 2020 polls.

As the nation celebrates the silver jubilee of constitutional democracy under the Fourth Republic this year, the people of Ghana cannot relent but hope that our leaders will strive and work hard to meet the basic needs of the people.

Ghana has made some strides, but equally it has also made many terrible mistakes, tampering the hopes of Ghanaians. Our politics is tainted and our politicians have managed to divide us in a partisan way which has polarised the thoughts of the country so much so that people do the wrong things with impunity and they go scot-free for merely being affiliated to a party in power.

Depending on who is judging, none of the two parties - the NPP or NDC - have done anything good for the country. Are we going to continue this path or for once focus discussions on national policy issues devoid of partisan twist?

In the wake of extreme partisanship, the country is rather ‘climbing’ backwards the development ladder. Our politics is now full of personal and selfish sentiments and opinions. The nation’s interest seems to be secondary. The country will never move forward with such attitudes. It is really time to rescue Ghana from partisanship and all hands must be on deck.