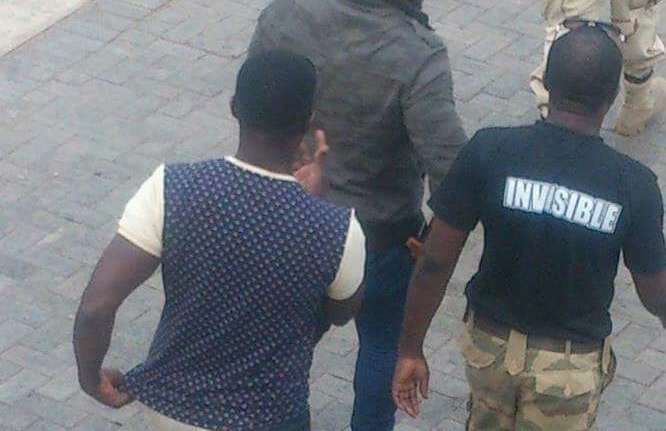 It is the civic responsibility of every citizen to protect peace, democracy and the rule of law in Ghana

peaceful political image is under threat in recent times with the springing up of politically motivated vigilante groups over the last few years.

The other day, it was the Invisible and Delta Forces believed to be attached to the ruling New Patriotic Party (NPP). Today, the Hawks, believed to be the brainchild of the National Democratic Congress (NDC), is the latest on the scene.

The Hawks were heavily present at the party’s recent regional elections, particularly in the Ashanti Region.

Now that the NDC and the NPP seem to be nurturing and using political party vigilantism, which will be the next to endorse the use of vigilantism in their and inter-party activities?

What really is going amiss as we sink gradually to the extent that our country’s two biggest political parties, the NPP and the NDC, are not only promoting the use of political party vigilante groups in our body politic but seeking solace in them?

Why is it so difficult for the NPP and the NDC to outrightly ban or dissolve existing vigilante groups within their respective parties? Both the NDC and the NPP must quickly learn that no matter how and what, when and why, vigilantism will not promote national cohesion, peace and security.

The ruling NPP must take the lead to disband the vigilante groups. It will then be a matter of course for the opposition NDC to do same. What good will it do for the nation if the ruling party harbours elements of vigilantism? It will only empower others to do . It is time to trust our security agencies with the task of maintaining law and order and not in the hands of vigilantes.

With only two years away from the 2020 general election, the re-emergence and springing up of vigilante groups in the country’s body politic most worrying. This is because it will not only threaten the breakdown of law, order, peace and security but will taint the good democratic credentials of the country.

The situation is getting scarier with each passing day as one comes face to face with the re-emergence of political vigilantism.

Is it going to be the Hawks versus Invisible Forces in 2020? God forbid. But the truth of the matter is that if wishes were horses, then beggars would have a free ride. It, therefore, means that conscious efforts must be made by all stakeholders, including the NDC and the NPP, to nip this challenging menace in the bud once and for all.

Some opposition parties have expressed a loss of confidence in the country’s security agencies and, thus, resorted to the creation of vigilante groups. My view is that this argument is not strong enough to put the whole nation under risk.

Should this really be the case? Right or wrong, something definitely is not adding up. However, if our security operators are consistently professionally doing their work without fear or favour, they will be in a better position to win the trust and confidence of not only the political parties but the entire citizenry.

It is time for the security architecture of the country to be up and doing to instil the needed confidence and trust in the body politic of the country.

What is in stock for the nation?

Come to think of it, why are some political parties empowering vigilante groups in their and inter-political activities?

With time, these vigilante groups have become very difficult to control as their actions and inaction are sometimes weird, causing in the larger segment of society.

Indeed, led by the NDC, many civil society organisations (CSOs) and the general populace have expressed abhorrence for the irrational behaviour of these forces, particularly the Invisible and Delta forces.

It is, therefore, extremely pathetic and most worrying that months down the lane, the NDC has also formed a vigilante group, The Hawks.

Now that the NPP and NDC are nursing vigilantism, what is in stock for the nation?

With the two parties endorsing the use of vigilantism, we can assured that the security of the nation will be compromised and the entire electoral process could also be undermined.

What needs to be done

This country, prior to the 2016 election, this path and there was a unanimous decision to ban political vigilantism.

Vigilantism rather breeds tension and intolerance which has the tendency to destroy all the gains made under the Fourth Republican dispensation.

The NDC and the NPP cannot toy with the national peace and security by the endorsement of vigilantism in their political bodies.

As the nation collectively gravitates towards the elimination of political vigilantism, the NDC and the NPP, who are the servants of the people, cannot do otherwise.

This development, if unchecked, will cast a bad light on Ghana’s democratic achievements over the years and make a mockery of the democratic gains made so far.

Party activists calling themselves vigilante groups and their paymasters must not take the law into their own hands to sow seeds of discord and anarchy.

This is the time for the members of the National Peace Council (NPC) to let their voices be heard. Their continuous silence over this thorny national issue is not in the nation’s interest. After all, we all have a greater stake to ensure the peace, security and stability of the country’s well-being. Anything short of this will be of responsibility to God and country.

The Ministry of the Interior and the Ghana Police Service must also take the necessary bold steps to disband all vigilante groups in the country, no matter where they emanate.

For this reason, all Ghanaians must add their voices to the efforts at eradicating the culture of vigilantism in all spheres of Ghana’s democratic practices.