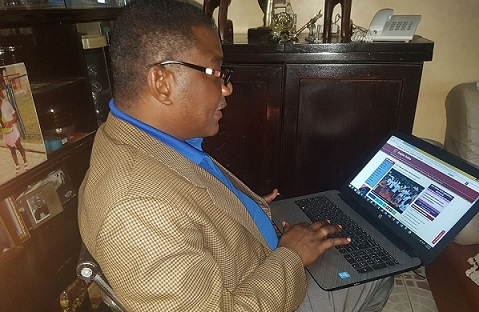 Within the last few weeks, our media space has been awash with numerous requests for the government to urgently meet the development needs of the people. Many of our citizens living in various communities across the country seem so frustrated and are daily complaining about poor infrastructure

on the complaints list is the lack of good roads and sanitation. Some are even going further to warn and threaten political actors not to visit their communities to campaign during elections because they are just not going to vote in the 2020 elections.

I have consistently argued that the role of the various metropolitan, municipal and district assemblies (MMDAs) at the micro level cannot be downplayed and that if our MMDAs are up and doing, most of the basic needs of the citizenry can be met.

Come to think of it: can we really describe Accra and Tema as model modern cities? What about Kumasi, Tamale and Takoradi? Will Cape Coast, Ho, Koforidua, Sunyani also fit this bill of model cities? The least said about the remaining towns, villages and communities scattered across the country, the better.

It still looks as if most of our MMDAs are merely paying lip service to the infrastructure needs of the people which, in my view, must begin with them.

Even keeping good sanitation habits within the MMDAs is so difficult to achieve, not to talk about the basic infrastructural needs of the people.

The citizenry on a daily basis crying for their roads to be reshaped. Many of the country’s roads continue to be in poor or bad shape, requiring immediate attention for repairs or reshaping. An attempt to mention some of the poor and badly shaped roads will never end.

If our various MMDAs were working hard, the nation, Ghana, would do better than it is currently doing. But, unfortunately, that is not what is happening, as it appears many of our MMDAs are just not proactive on the job. Most of the assemblies are found wanting when it comes to delivering on their mandate. Our communities are still unplanned, there are so many informalities and the bye-laws are simply not working.

Poverty is on the rise, while filth has engulfed many parts of the country, yet those at the helm of affairs at the MMDAs are sitting less concerned and have ignored the very poor they have pledged to serve.

Clearly, bridging the infrastructure gap across the length and breadth of the country has become so critical. Over the years, I have been advocating good governance in the country and I believe this must start with the MMDAs. But, regrettably, I do not see that urgency at the MMDA level, as very few of them can be said to be working.

Kigali, the Rwandan capital, is in the global news for doing the right simple things. From clean sanitation habits, the city has now turned its attention to good health habits.

For instance, they have instituted a bi-monthly “Car Free Day”.

"Turning up for Car Free Day isn't only about physical exercises. We should uphold this culture and do even more to build ourselves and our country. Whenever we are working to improve our lives, we are also building our country," President Kagame told Rwandans when he joined Kigali City residents for the bi-monthly Car Free Day recently.

On Car Free Days, there is limited or no car movement and Kigali residents, as much as possible, are encouraged to walk or use bicycles to commute. The whole idea is to inculcate good health habits among the residents.

In Ghana, our capital, Accra, has a standing vision and mission to become the cleanest city in Africa. But how far or close are we to meeting this vision which was mooted by our President almost a year ago? Undoubtedly, parts of the Accra landscape and skyline are changing quite fast, but largely they are changing within the Accra Airport City area, part of Ridge and Cantonments. We need to feel this change across the entire city if we are to achieve the President’s vision for the city and for that matter translate it into the whole country.

Just move a little away from these plush areas into the inner zones of Accra and the stark reality hits you like an angry tornado. Unplanned buildings are everywhere, our major roads are now market centres where bustling hawking takes place, it is no longer news to talk about the many potholed roads, while road regulations are not enforced.

Who can we trust to deliver?

If the MMDAs, one of the strong pillars of the country’s democratic governance, are failing the nation big time, who can the citizens trust to bring basic development to the people? The lack of good and proactive leadership continues to plague the nation, making its people poor, and until the nation looks for leaders who will strictly follow the national development agenda and forget about satisfying themselves, it will be very difficult for it to attain the much-needed development that can help reduce poverty to the barest minimum.