After the RTI law, what next? 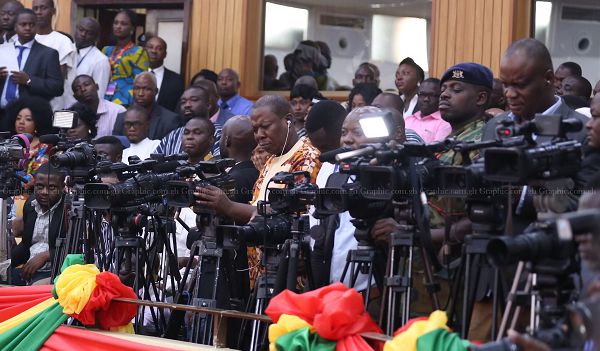 That it has taken over two decades for the RTI bill to go through parliamentary approval and receive a presidential assent is a feather in the cap to the growing global democratic credentials of the country.

Touted as the most stable democracy in the sub-region, Ghanaians can therefore not be faulted for showing a sense of fulfilment now that the country has reached the end of the tunnel with the assent to the Act.

With this big step taken, Ghana now joins many other African countries that have made efforts to successfully pass the RTI bill into law.

In addition to Ghana, countries including Burkina Faso which is the 7th in West Africa to do so, Liberia, Guinea, Cote d’Ivoire, Nigeria, Niger and Sierra Leone have all passed the RTI Bill into law as part of their commitment towards accountable and transparent governance.

Others are Rwanda, South Africa, Angola, Zimbabwe, Uganda and Ethiopia.

The passage of the bill in Ghana gives substance to Article 21 (1) (f) of the Constitution which states that “All persons shall have the right to information subject to such qualifications and laws as are necessary for a democratic society.”

The urgency with which President Akufo-Addo also assented to the law, following 20 odd years of efforts by previous parliaments and governments, is also a positive move that cannot be glossed over.

That it took our President not more than 24 hours to assent to the act when it was presented to his office is suggestive of the President’s commitment to the fight against corruption and the importance he attaches to the legislation.

Now that we have the presidential assent to the act, which is expected to equip the citizenry to hold governments accountable as well as ensure that there is a high level of transparency in the country’s democratic administration, what remains next to be done as a nation?

Though we have come to the end of the struggle, there is still a long way to go to make the RTI law functional. The law will come into full force in January next year. But operationalising it in the year 2020 will come with some funding challenges.

Funding the smooth implementation of the law will not come easy. Except that the government and other stakeholders   can source funding long before the 2020 budget.

Some people also have issues with the exemptions and breach of national security clauses. Secrecy clauses and matters relating to security for instance are issues that are up for discussions. For instance, as a nation, what information do we protect and what do we give out? How do we also make it less difficult and cumbersome seeking for vital information?

The way we seek information in this country is also very difficult. As a country we need to find a common ground to ease access to information gathering and hopefully the RTI law will help.

I recall the painstaking efforts it took stakeholders, including the media, faith-based leaders and some civil society organisations to agitate for the passage of the bill into law and subsequently assented by the President.

Now that our collective efforts have been crowned, are we going to “sleep” feeling very fulfilled?

The law by itself will not guarantee transparent, accountable and good governance principles unless the citizenry act. Indeed, the RTI law standing on its own will not curb corruption in both the private and public institutions in the country.

It will require stakeholder involvements to make the law work in the collective interest of the society and country as a whole.

Donor partners, media, academia, churches and mosques must all team up to provide the needed impetus to the new law for it to offer the needed transparency, accountability and good governance principles.

The assent to the act is no doubt a step forward in all its forms but will require an effective mass education for its effective implementation.

At the end of the day, it is hoped that accountability and transparency will reign supreme in the affairs of state and be of paramount interest to those who govern and thereby enable the citizenry to effectively peruse governance activities.