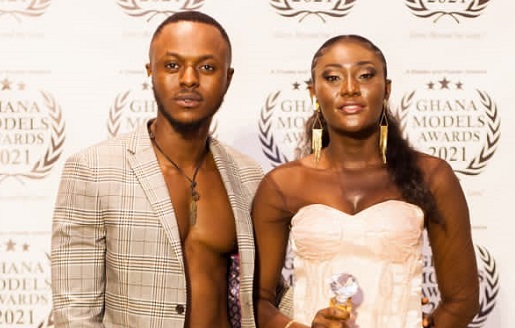 The fourth edition of the Ghana Models Awards came off last Saturday at the main hall of the Accra Metropolitan Assembly Complex and saw Edem Debrah and Anita Ofori taking home the coveted Male and Female Model of the Year respectively.

The Ghana Models Awards is focused on rewarding individuals and organisations who have contributed to the gradual transformation and growth of the modelling industry in Ghana.

Other people who were awarded on the night include Angela Bamford who received the Citizen & Philanthropist award; Timah Agyei - Contribution to Modelling by an Individual; Breakout Model of the Year - Nini Amerlise; Richard K. Agbemezah - Consistency award; Bolanle Iddrisu - Bikini or Lingerie Model of the Year and Nana Adjowa - Child Model of the Year.

In all, 35 awards were given to deserving personalities and organisations on the night.

Founder and Executive Director of the Ghana Models Awards, Jerry Wonder Sampson, said this year's edition was successful because a lot went into it.

“This year, we are glad that we received a lot of response from modelling agencies. This shows that we are doing something worth talking about. We have really worked hard in promoting modelling as a respectable profession in Ghana and now, it seems to have caught the attention of some industry stakeholders on the international front,” he said.