VIDEO: What KKD said about Ghanaians with Western names 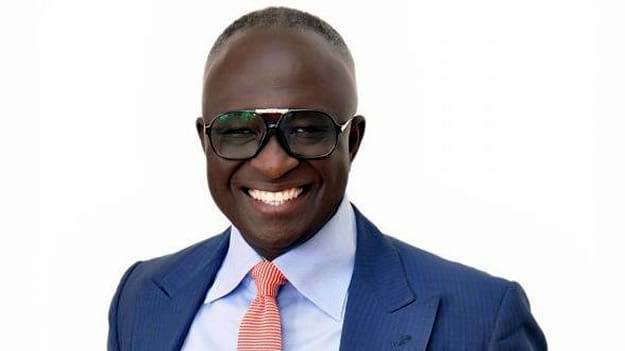 Broadcaster Kwesi Kyei Darkwah has disclosed that he insisted on dropping his English names "King George" when he made his debut on radio as a statement towards encouraging Ghanaians to emancipate themselves from mental slavery.

Darkwah known in showbiz circles as KKD said as the youngest Ghanaian radio presenter at the time (aged 19), he wanted the Ghanaian youth to feel pride in the African name.

KKD told Blakk Rasta last Friday in an interview on Zylophone FM that, at the time all the presenters at the state-owned Ghana Broadcasting Corporation (GBC) had English first names.

He said he was puzzled as to why Ghanaians would change their names just because they wanted to be Christians.

KOD: Ex-President Rawlings called me to find out the truth about KKD’s alleged rape case

I’ll not seek revenge against my persecutors – KKD

KKD to be tried by jury

He also wondered why Ghanaians found it so easy to use English names, given that African slaves were severely punished before they changed their names during the Transatlantic Slave Trade.

"George Crabbe insisted that I used my English names and I said no way, I had come with an agenda, I want people to feel pride in the African name. "Young as I was and the few time that I had travelled before I came to GBC, I had never seen any Scandinavian called Kwabena Poku, I never saw any Englishman called Ayariga, I never saw any Dutch called Mahama, I never saw any Australian called Ametepe. So, why do we want to wear the names of others? If we don't know how to make a car, I can understand, they make beautiful cars that we cannot make let us buy those and then let's learn to make those but what about our names?

“Are our names so evil? Are they so bad that because you want to go to church, somebody has to change your name? I don’t understand it, I just don't understand that. So I insisted on using the three (Kwesi Kyei Darkwa) to make a statement that, the first name is not English, the second name is not English nor is the surname English," he said before ending his submission with a chorus of Bob Marley's Redemption Song.

Some residents in Accra complain of no access to water

Burial service for late Rawlings to be held on January 27

WACCE trains over 1,800 peace ambassadors against violent extremism in Ghana