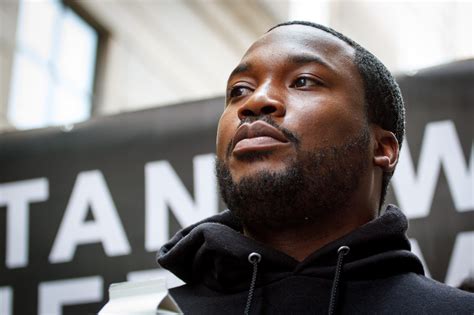 It’s been months of intense publicity for this year’s Afro Nation and already, the excitement is over the roof with the presence of US rapper, Meek Mill in town.

The multiple award-winning artiste is already whetting the appetite of fun seekers for tonight’s show happening at the Marine Drive of the Black Star Square in Accra.

Videos of him riding on a motorbike in town, generating lots of buzz on social media, fans seem already heated up for a great encounter with him this evening.

Since its debut in 2019, Afro Nation Ghana continues to pride itself as the biggest platform for the celebration of Afrobeats music.

Thanks to the list of performers who have always served thousands of fun seekers who make their way to the event to enjoy music and artistic stagecraft from their favourite Afrobeats artistes from around the world.

Bringing a slew of some of Hip-Hop’s biggest smash hits with him, he’s often seen teaming up with the biggest names in the game such as Drake, Snoop Dogg, Jay Z, Post Malone and previous partner Nicki Minaj.

He is no stranger to Afrobeats either.

Meek Mill is joining a galaxy of music stars such as Nigeria’s Asake and Ghana’s own special guest Stonebwoy to party hard with patrons.

That is not all, the event will see performances from the legendary duo of P-Square, Rema, Dadju, CKay, Adekunle Gold, Black Sherif, teaming up with Lynx duo of Kuami Eugene and KiDi, the sensational Gyakie and the Sugarcane hitmaker, Camidoh.

The two-day event is not only playing host to beloved artistes from the global diaspora, but offers patrons a chance to also build and connect with the continent and cultures that have shaped the music, arts, and identity of so many across the globe.

With his current exploits, Nigeria’s Asake who will be headlining tomorrow’s show is clearly destined for greatness and he is expected to bring his vibrant and hotly-tipped brand of “Street-Pop” to the centre of Accra, with global favourites like Bandana set to steal the show.

“Afro Nation was founded to unite the diaspora in celebration of Black culture, vibing music, dance, good food, and so much more. Ready to turn the end of the year into an unforgettable party, this highly anticipated edition of Afro Nation is set to follow up the 2019 landmark African debut in style”, a statement from the organisers said.