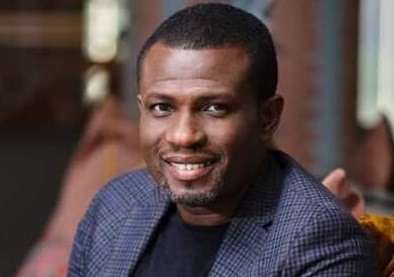 It is fair to say that the creative and tourism sectors have been very vociferous in demanding attention and investment from successive governments.

Every year, players have marked the performance of governments by the fulfillment of their manifestoes and execution of the annual budget allocation to the sector.

Interestingly, the vociferous campaigns that creative and tourism industry players embark on during the presentation of the budget with regard to allocation of resources to the sectors, was conspicuously missing this year when the Minister of Finance, Ken Ofori Atta, presented the 2022 budget on Wednesday, November 17.

Somehow the fight seems to have left the players, and for some stakeholders, this can be attributed to all the years of unfulfilled promises by governments which have left them tired.

Speaking on the inaction of the creative industry, Graphic Showbiz correspondent and pundit, Arnold Asamoah-Baidoo, mentioned that stakeholders were tired of the empty promises and were thus not bothered now.

“Peruse the budget since 2017 and you’d realise the plethora of commitments made by the ruling party that have not been fulfilled. At this stage, I don’t think anybody cares.

“Even if they make a promise, the track record depicts clearly that it may not be fulfilled so there’s no point placing anything in the budget for the creative industry,” he told the Daily Graphic in an interview.

The CEO of events company, Image Bureau, George Quaye, said people were perhaps not speaking up because successive governments had not shown much interest.

“It’s unfortunate that while other countries are using the creative industry to drive their economies through investments, our sector is still struggling for attention. Because if our sector is well catered for and thriving, it will be a good reason for people to come to our country.

“Now the question is, why do people go to Dubai? Is it to experience Dubai’s economy? Of course not! It’s because they have built their tourism sector to attract the world. Tourists go to Dubai to drive in Nissan Patrol through the desert and the sand because it has been developed to make it enticing.

“People go to Dubai for the zoo, to look at the skyscrapers and go to the malls, all of which we have here but the difference is that they have been developed so well to appeal to the world.

“So, yes, we may understand the concept that we must go by the Maslow Hierarchy of Needs, we may not be top priority but if any government really wants to develop or grow the economy, they should put more resources into our sector.

“And I’m pretty sure the people who drafted the budget are privy to the fact that there have been so many unfulfilled promises made over the years so there’s no point making more. It saves everybody the stress, thankfully,” he said.

Also sharing his thoughts on the matter was the President of the Film Producers Association of Ghana (FIPAG), James Aboagye who said he observed during the budget reading that the creative industry didn’t get much mention.

“Yes, I saw the portion of the budget for the arts and tourism industries and was not enthused about it. So I called the Deputy Minister of Tourism, Arts and Culture, Mark Okraku Mantey, and mentioned it to him.

“But he told me what I saw was just bits and pieces of it and as it stands now, I’ve not seen the full version to accordingly make my judgements. For now, Mark Okraku Mantey should be the best person to brief us on what the 2022 budget has for the creative industry, “he said.

In June this year, the Minister of Tourism, Arts and Culture, Dr Mohammed Ibrahim Awal, disclosed that the Ministry had secured a GH¢55 million grant to support businesses, boost tourism and create employment for the youth.

He stated that the grant, provided by the World Bank, would be disbursed through the Ghana Tourism Development Project (GTDP) to beneficiaries in three categories — COVID-19 relief funds, small and medium enterprises (SMEs) and tourism site upgrades.

He explained that the move was also to help the sector come out of the woods, after being hit hard by the COVID-19 pandemic.

In his presentation, the Minister of Finance stated that the Medium Term Goals in the National Tourism Plan which was to accelerate the development of tourism, had been prioritised under the COVID-19 Alleviation and Revitalisation of Enterprises Support (CARES).

This, he said, was to ensure investment and development of infrastructure, marketing and supply chain links, enhanced capacity of key tourism institutions, and improved coordination with the private sector for job creation and economic expansion.

However, Arnold Asamoah-Baidoo mentioned that there were similar intervention programmes not being executed, leaving stakeholders with no hope.

He pointed out that it was the same old story everyday. “I’m not surprised that stakeholders are tired now and not bothering about any allocation to the sector. After all, their high hopes will be drenched in disappointment should they expect that the budget will turn the fortunes of the sector around,” he stated.

With more focus on prospects and investment for the creative sector, the Minister of Finance mentioned that, among other things, preparatory works, including design and procurement processes for the construction of a heritage village, were underway.

He also disclosed that stakeholders and community engagements had commenced towards the planned transformation of the Pikwori Heritage and Slave Market, the Salaga Slave Market and four targeted beaches.