This is who I am - Jon Germain 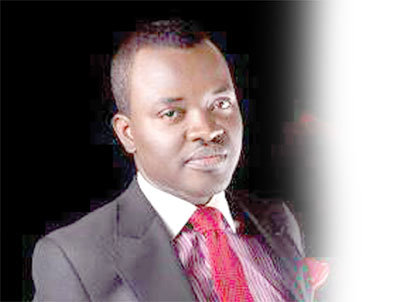 For his good looks and fame, many admirers, especially the female ones, would assume that talented TV presenter and musician, Jon Germain will be spoilt for choice as far as his romantic relationship with females are concerned. But no, the fashionable TV presenter who attracts many with his style of fashion says he has abandoned his womanizing lifestyle long ago.

According to him, he has endured the temptation and had to desist from such acts because he has matured with age and believes that there is more to life than being the womanizer that many perceive him to be.

“Which man doesn’t like to be with a woman? Every man who is not a homosexual will definitely love beautiful ladies but that doesn’t mean the person is a womanizer. Yes, I would admit that majority of my fans are females and you would need to appreciate them but that doesn’t make me a womanizer.

“ I have outgrown such lifestyle and have matured with time. If you have not done that before and you are doing that as a young man, you feel happy about it but as you grow, you get focused on more matured things than womanizing”.

Talking to Showbiz last Thursday, the In My Head hitmaker who has been associated with some high profile showbiz women in the past  said womanizing is not on the list of what he described as his “itinerary”.

“I know most of my colleagues in showbiz will not admit in an interview that they have a girlfriend or boyfriend because they probably have more than they can count but I am not afraid to let the world know that I have a girlfriend and I am in a steady relationship which I am so proud of,” he said.

He humorously said that guys who were into the habit of womanizing have even toned down adding that “You know, because of the credit crunch these days, you can’t afford to keep so many ladies at a time but the ladies can afford to keep more because they are at the receiving end of the goodies”.

When asked when he intends to settle down with his “Princess Charming” the 38 year old father of two said he was not in a rush to settle down and remarked, “It is every man’s dream to settle down and make a family and I know that my mother will kill me if I don’t settle down soon but I am still studying my lady to find out if we are compatible. She may be my God-sent wife so I am still waiting for God’s time”.

Even though his music career might have come as a surprise to most people Jon emphasises  that presenting which he has long been associated with from his days at Choice FM to Atlantis and Smash TV on Metro some years back was just an accident but has paid off well for him.

“Music has always been my thing and broadcasting came by chance but when I had to stick to it because I was doing well as a presenter but my passion for music has always been there and I just had to let out what I had within me and that accounted for the title of my first album, This Is Who I Am. My being in the industry is not ‘try your luck’ at all”.

The fashionable TV icon disputed claims that his kind of music has not been accepted by Ghanaians yet adding that “you can check my album sales from Silverbird and they will tell you that I am not an underdog in the music industry”.

“If anyone had asked me about two years ago if Ghanaian musicians make profits, I would not have hesitated to admit that they barely make it because Ghanaians typically do not buy CD’s but will prefer to listen to the songs for free either on radio or down load from the internet but now brands like Glo, Samsung and Rlg have signed some artistes as their brand ambassadors.

This means that even if artistes cannot make sales from their songs, they can rely on these contracts for their livelihood because most of them cannot depend only on performance fees”.

He said he was satisfied with the progress of his music career which has so far earned him nomination for the Africa’s greatest R&B artiste at the Channel O awards held last year and his single Tell Me was ranked eighth best love song in the world.

Last words to the fans “I thank everybody for the support, love and prayers but I must add that I am a full blooded Ghanaian and not a Liberian as many people think. My father is a Fante from Agona Nyakrom in the Central region and my mother is an Ashanti so I can’t be anything less than a Ghanaian because I bear the name Germain.