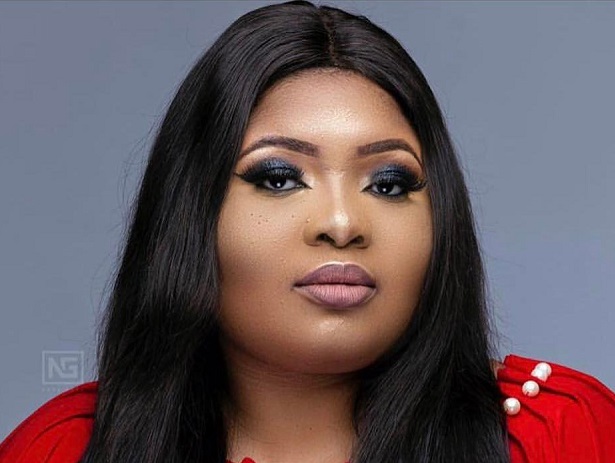 She made the decision to lose weight for her own good but it seems some movie enthusiasts are not happy with actress Belinda Dzattah’s action.

For these enthusiasts, the actress, who is known for playing maidservant or motherly roles, will not be able to play such roles again but she has kicked against such stereotyping, saying it is not healthy for the industry.

“This issue with stereotypes makes it difficult for us to do things as actors. It is like people see you play particular roles so that is who you become and when you try to do something else, it’s difficult for them to accept the new you.”

“It applies to the movie producers and directors as well. Since I made up my mind to lose weight in 2019, I try to share the progress of my journey and one comment seems to run through the comments section of my social media pages.”

“People keep asking me so who will play the role of a house girl or who will play someone’s mother just because those were the roles I was playing.”

“With my previous weight, I played motherly roles to people who were older than me but I want to be a better version of myself, hence my weight loss decision,” she told Graphic Showbiz.

When asked if she thought her weight loss, moving from 135 to 98 kilograms would affect her acting career, Belinda said, “I will say to an extent yes but this is the time to tell people that I can play all manner of roles."

“It’s time to show them that whether I put on weight or not, I have the acting talent. Already, I have some producers from Ghana and Nigeria who are waiting for me to come home.”

Talking about her decision to lose weight, Belinda said she is not doing it for the industry. “I made the decision to go this way for my own gain. I didn’t want to get to that point where a doctor will tell me how dangerous it is to my health.”

“So those who love me and my acting should not worry; I can still play any role. Acting is about talent rather than looks. We should be allowed to grow and try different things, only then will the world know what we are capable of and these stereotypes will not help the industry grow.”

Talking about how her weight loss journey has been, she said, “It has not been easy, it takes discipline and focus. You should also have a group of people who will motivate and cheer you on; not those who will not believe in what you want.”

The Chelsea actress, who has been outside the shores of Ghana for some time now, says her absence should not mean she has relocated. “I get that question a lot but no, I have not relocated, though I have been away for a while. I’m here on holidays and I will come home very soon.”

Talking about how 2021 looks for her, she said, “It looks great. Today I can wear a crop top, I can fit into anything. When I was ‘big’ I couldn’t fit into figure hugging dresses, even if I wore corsets, my stomach still protruded, my arms were all over the place.

“But this year, I feel good and I am optimistic that it will transcend into other parts of my life as well.”

Belinda Dzattah has featured in movies such as If You Were Mine, Why Should I Get Married, In April, Royal Diadem, Black and White, Prince Bride and 5 Brides.