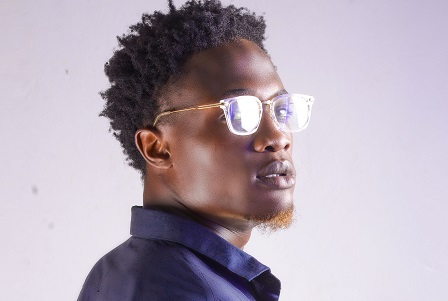 Being in the industry for about four years has opened rapper Kwame Vibes’ eyes to a lot of things he believes are not helping the industry and need to be addressed.

According to him, artistes, especially up and coming ones, should learn to be creative with their works because that was the only way they could stand out and be noticed.

“I know that sometimes in our quest to get to the top we end up doing all kinds of things and are not able to sell ourselves or show our originality so it is difficult for people to get to know the gifts we have. ‘Stealing’ songs does not encourage hard work, it makes you lazy and it undermines the artistes who are working hard.

“The truth is that we all have something and if we want the world to see us, we need to sell that something. I am saying this because I have noticed that my peers hardly sell what they are made of, you will usually see them re-working an already existing tune.

“Sometimes, they do not take their time to work on their products, they are in a hurry to get their songs out there and to me, that is not the best,” he told Graphic Showbiz.

Though his caution is to up and coming artistes, Kwame Vibes also had a word for some of the known faces in the music industry, asking them to stop doing renditions of songs of people who had already paid their dues.

“Some of the young ones who are making it are doing that and if this trend continues, it will only make us lazy artistes. I will not mention any name but I know they know themselves.

“If I am an artiste and I pick a song that is already a hit and I add one or two verses to it, there is a possibility that it will get attention as compared to someone who has to do it all from scratch,” he stated.

Talking about how difficult or easy it is to ‘blow’ in the Ghanaian music industry, Kwame Vibes said, “It is every artiste’s dream to get into the limelight maybe with his first or second song but we see it to be difficult and I will say it is because our expectations are very high when we start.

“We forget that it takes time and when those expectations delay, we seem lost and the morale and passion we started with gradually fades. I think up and coming acts should just trust the process, it’s a step at a time.

“Again, we need more record labels that can help us, there are talents out there and it is not funny. The absence of these things makes ‘blowing’ difficult,” he said.

Kwame Vibes, who currently has a single titled Aswear, out said he started doing music when he was in Junior High School. “I started creating melodies at a very tender age then to rhymes and then to lyrics, it has been a process but professionally it’s been about four years and we thank God for how far he has brought us,” he said.

Kwame Vibes, who was born and bred in bred in Dansoman, has other songs such as Jack Gyae and Last Time to his credit. He is also the CEO of UnderTheLight (UTL), a musical movement from Dansoman.