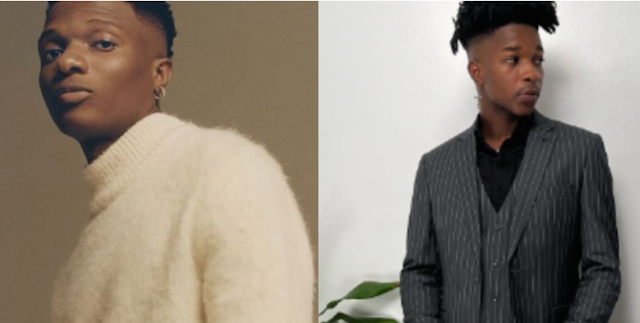 In a now-deleted tweet on Sunday, the singer had written, “This new Chris Brown and Wiz is stupid.”

Reacting to the knocks he received, the Mavin Records signee has cleared the air on his comment, adding that the word was slang for “dope”.

The Love Don’t Cost a Dime crooner explained that he deleted the tweet because his comment was misunderstood.

He noted that as a music lover, he only posts music that he loves, and described as an irony the fact that he was getting hated for hyping a song.

Magixx said, ” I think my only mistake yesterday was deleting that tweet. Why? I felt it was being misunderstood.

“Then this morning woke up to so many hate comments on my IG post, which goes to show how desperate these blogs are for comments and likes.

“I’m a music lover and if you check my history of tweets, I only tweet about music that I love. STUPID is a slang for Dope.

“I didn’t know I was going to get people hating for hyping a song, the irony. We really need to be better people. I’m so sick from all of these.

"I’ll be attaching the dictionary meaning to this tweet once again for clarity.”

He then shared a screenshot from an online dictionary which described stupid as a slang for ‘amazing’.

On Friday, Chris Brown released a new single Call Me Everyday featuring Wizkid, which is also one of the singles off his upcoming album, Breezy.

Chief Executive Officer of Mavin Records, Don Jazzy, had on September 2021 unveilled Magixx as a signee on his record label.