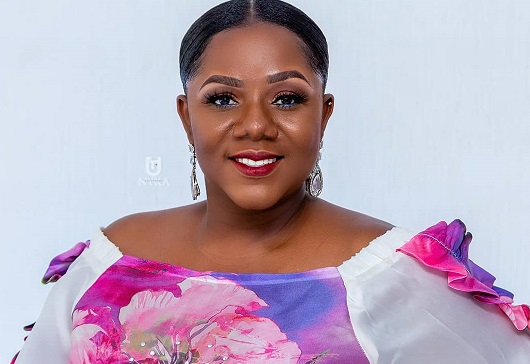 Ms Nancy, the host of popular adult programme, Duvet, has said that it was a mistake that led to them airing pornographic material on the show some months ago.

About three months ago, Duvet, which airs on GHOne TV showed a pornographic movie when advising couples to try new sex positions. The movie was meant to be a graphic illustration of how couples could spice up their sex life but unfortunately, it backfired and there was a public backlash.

The backlash was so much that the management of GHOne issued a statement apologising for the incident and said it would sanction the persons responsible.

Speaking on the incident for the first time with Graphic Showbiz recently, Ms Nancy explained that what happened was a mistake.

“The truth is that it was a mistake. We have been doing Duvet for some time and because of the pandemic, we decided not to have any guest in the studio for that edition so we recorded a monologue, I recorded the monologue and it was supposed to be edited.

“The videos we use for Duvet are usual sexually educative videos and not pornography. There is a difference between 'Kamasutra' and pornography.

"It was a shock to all of us, you know Duvet is a great programme that has brought so much love and warmth to homes in Ghana so it is just unfortunate that we had such a negative thing around us,” she said.

Ms Nancy said in spite of the negativity, there was quite a lot to be positive about.

“The feedback we got showed us how we are loved, how people have welcomed us into their homes so it is just unfortunate. It also showed us that people expect more from us, they expect us to know better," she stated.

On the lessons they had learnt from the experience, Ms Nancy said, “it has taught us to be extremely careful and since then we have come out better, bigger and we are stronger than ever.”