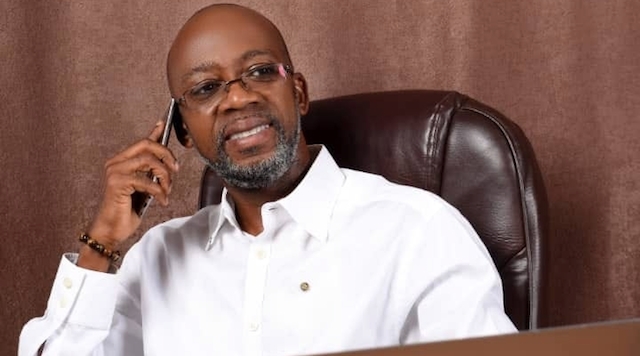 VETERAN Highlife musician Rex Omar may not be a fan of Dancehall artiste, Shatta Wale due to his controversial ways, but he has thrown his full weight behind the controversial star's campaign to get Nigerians to reciprocate the support they enjoy from Ghanaian artistes.

According to straight-talking Rex Omar, it was about time Ghana took drastic measures to curb the dominance of foreign music, particularly Nigerian music, which was undermining the growth of Ghanaian artistes.

In a conversation with the Graphic Showbiz on Tuesday, January 11, the Abiba hitmaker was unequivocal in his conviction that Shatta Wale was not wrong in questioning the poor reception Ghanaian music received in Nigeria and that such demands by the self-acclaimed Danchall King should not be overlooked.

“There’s truth in what Shatta Wale is saying but we know him and his controversial ways which I don’t condone. However, what he said should not be dismissed just because it is coming from him even though I believe he could have handled it in a more diplomatic way.

“First of all, there is trade imbalance since Nigeria is far bigger than Ghana. Nigeria has a population of over 200 million compared to our a little over 30 million.

"But even with her huge market, Nigeria has enacted laws and policies to safeguard music works of artistes," said Omar, Chairman of Ghana Music Rights Organisation (GHAMRO).

“It is not just an issue that Nigerian artistes do not return the support their Ghanaian counterparts give them here but a system has been deliberately put in place to ensure that.

"Meanwhile, with our small market in Ghana, we have opened our doors to foreigners particularly Nigerians.

For Omar, Nigerians were operating a kind of ‘gatekeeping’ system where they regulate the flow of foreign music to protect their industry, but strangely a small market such as Ghana had opened up to everyone, so Nigerians were just taking advantage of our porous situation.

Shatta Wale’s call appears to have come at time when other African countries such as Kenya and South Africa are coming up with policies to give more airplay to their own music.

For instance in 2016, South Africa's national broadcaster, SABC brought in a new quota system, requiring 90 per cent of the music played on its 18 radio stations to be home grown.

The move, according to SABC spokesman at the time, Kaizer Kganyago was to promote South African culture and heritage with special focus on jazz, kwaito (local house-style dance music), and gospel music.

Rex Omar is calling for similar policies to give prominence to Ghanaian music. In a Facebook post on Tuesday, January 5, he wrote “SABC radio introduces 90% South Africa music quota”, “Keep joking in the land of Legends”.

Throwing more light on his post on Facebook, Rex Omar told the Graphic Showbiz that it was long overdue for Ghana to enact such laws to regulate foreign music.

“It is not only South Africa but I know that other countries such as Kenya have taken similar steps. For instance, in Kenya, I know of a law that media houses are expected to play 50 percent of Kenyan music at the start of their operations and later 80 percent.

“What are we doing in Ghana? We are crying foul over Nigeria’s dominance now because every DJ, or any Tom, Dick and Harry will not hesitate to play Nigerian music at clubs, parties and so forth. I don’t talk on hearsay but evidence and research forms my stance on an issue.

“I have been to clubs where foreigners and especially, Nigerians have paid DJs to play their music. So you see, it is a calculated and deliberate attempt to take over our market.

“However, when there are laws that require them to play a quota of Ghanaian music, of which you will be arrested when flouted, people will be compelled to push Ghanaian music,” he stated.

According to Ded Buddy, he found it disappointing that some Ghanaian musicians, whose interest Shatta Wale was pursuing, were rather antagonising their outspoken colleague for standing up for their rights.

Renowned for hit songs like 'Yebesa', Ded Buddy pointed out that the backlash from Nigerians on Shatta Wale’s commentary about the hostility of Nigerian market to Ghanaian music was to be expected since it posed a potential threat to the progress of Nigerian music in Ghana.

However, he found it unacceptable that Shatta Wale was getting similar hostile reception from some of his colleagues in Ghana in whose interest he boldly took on the Nigerian music industry.

“In the name of African unity, Ghana and other African countries have opened their market to Nigerians, but what do we get in return. The love must be two way and not just one party professing love all the time.

"This is what Shatta Wale is talking about, and I don’t think he is far away from the truth or reality of what is happening.”

Ded Buddy explained that the argument of Ghanaian music being substandard and for which reason was not making waves in Nigeria was a misleading notion.

“Ghanaian creative guys make amazing music; you just have to give them a chance. We are just too hard on our own while giving room for others. It’s just not fair; a chance is all we need.

"Besides, when the support system is not there, how can we as a people move to greater things? This whole thing is not about Shatta Wale but a call for our acts to gain the love we Ghanaians show to others,” he noted.