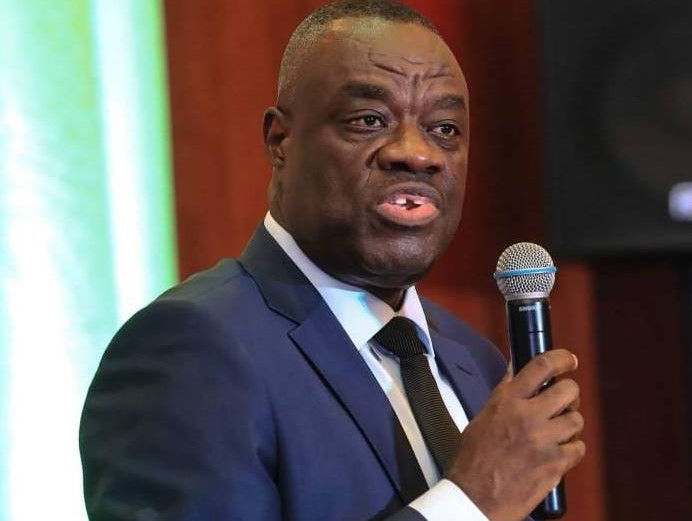 The Minister for Tourism, Arts and Culture Dr Mohammed Awal has disclosed the country is expecting to receive over 100,000 foreign tourists in December, bringing in an estimated $200,000.

He explained that this will support the positive standing of the creative sector and help creat jobs for many Ghanaians.

He was speaking at the opening of the 60th anniversary celebrations of the National Festival of Arts and Culture (NAFAC) in Cape Coast, Central Region on the theme, “Reviving patriotism, peace and unity through cultural diversity for sustainable development.”

Dr. Awal said he was optimistic the inflow of tourists in the country during the festive season is due to the array of intriguing and historic tourism attractions the country hosts and the highly hospitable attitude of Ghanaians, who never fail to welcome foreigners.

“They are coming because we have rich diverse culture, Ghanaians are warm and we have good heritage sites and tourist attractions,” and urged all to help preserve the nation’s cultural heritage.”

Opening the festival, President Nana Addo Dankwa Akufo-Addo said Ghana’s cultural and creative industry had a lot of potential to accrue high foreign exchange to support development efforts saying government had among other investments in the sector put in $10 million to support about 1500 small and medium scale businesses to grow and expand and create jobs.

He said government’s commitment was also in line with Africa’s agenda 2063 which aims among others to tap the continent’s cultural and create arts for economic growth and transformation.

“Every aspect of Ghanaian life tells an imaginative story. We tell stories through our fabrics. Our craft, music, films and festivals all tell stories about our lives and our beliefs. We have a lot to tell the world. Ours is a captivating story and we can make it the success story of the continent,” he stated.

National Festival of Arts and Culture (NAFAC) is one of the flagship event of the National Commission on Culture which was institutionalised in 1961 by the late Dr. Alexander Atta Yaw Kyeremanten.

The festival serves as a platform where diverse Ghanaian cultures converge to showcase their ethnic and regional cultural prowess as well as unite the beliefs and ideals of Ghanaians.

The festival, which began on Saturday, December 10 and ends tomorrow, December 16, has been marked with activities such as display of artwork from the 16 regional directorates of the Centre for National Culture,  indigenous music nights, theatre nights, women's and girls' days, colloquium, international friendship nights, live band music nights among others.