Not afraid to fail after comeback - Sony Achiba 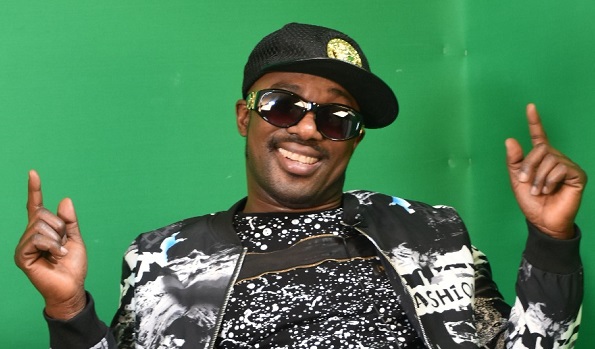 The last time music lovers heard any new material from Hiplife artiste Sony Achiba was about two years when he tried coming back to the music scene after a long time away.

That didn’t go well, and as he prepares for another comeback, he has told Graphic Showbiz that he is not afraid of failing again.

According to him, he will try and try again until he gets it right.

“It is the dream of every musician to come back big after tasting fame and going on break but I am not worried if I fail with my new songs. Times are different now so if I bring something new and Ghanaians don’t like it, I will just go back, correct it and return.

“There is nothing wrong with failing. It is better to try and fail than to not try at all. I know the likes of KiDi, Kuami Eugene, Stonebwoy, King Promise, Adina and a few others are calling the shots now but I believe when I have good songs and I promote them well, Ghanaians will love it.

“I know coming back is not going to be easy especially after leaving the scene for many years now,” he told Graphic Showbiz in an interview recently.

For someone who released hit songs such as Nipa Boniayefo), Gyamera Woyare and Maba, Sony Achiba believes staying consistent as a musician is not easy and praised musicians such as Sarkodie, Samini and Okyeame Kwame for doing so well.

“I always use Sarkodie as an example because he has been very consistent for over a decade and I always salute him for that. Releasing hit songs every year is not easy but he has been able to do it. I wonder how he does it. I really admire him for that,” he stated.

Asked what he has been up to in his time away from the industry, Sony Achiba, real name Emmanuel John Bandick Dankwa, said he had been in the United Kingdom (UK) working to take care of his family and schooling.

“Back then, music was not paying so I had to travel and work to take care of my family. I had to survive but I am ready to come back to music and I have already recorded many songs for Ghanaians to enjoy,” he said.

Read also: My husband and I not controversial – Empress Gifty

Although he has been away, Sony Achiba said he had been following Ghanaian music and knew what the trends were.

“I might have been away for many years but I know whatever is happening on the Ghanaian music scene and I know what Ghanaians want. Sony Achiba is not back to compete with any artiste but to do his own thing,” he said.