No musician is bigger than MUSIGA —Diana Hopeson 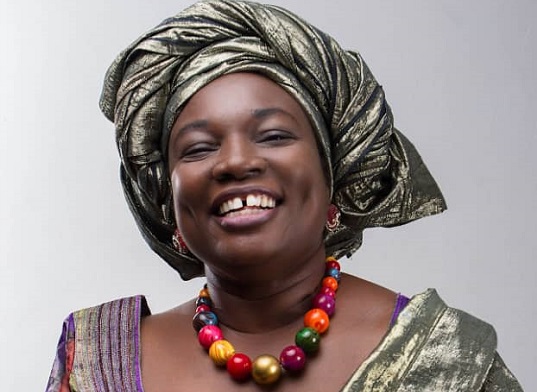 Veteran Gospel musician, Diana Hopeson, has described as unfortunate the disregard for the Musicians Union of Ghana (MUSIGA) by some well-known musicians who feel they are above the organisation.

Speaking on the sidelines of a forum organised by Graphic Showbiz recently, Diana Hopeson, who is a former President of MUSIGA, said it was sad that established artistes abandoned the union at the height of their career when they were successful.

She mentioned that no musician was bigger than MUSIGA so they should endeavour to work closely with its leaders to achieve the best results for the sector.

“A lot of times, when musicians begin to make strides in the industry and get many followers, they think they are bigger than the association and other bodies put in place to regulate the industry. But you cannot do it alone. It is these institutions that make general laws and policies for the benefit of the industry.”

“They are there for your welfare but unfortunately, most of the top musicians believe they have reached the uppermost by their hard work and talent and ignore the association completely. That is when they see all the wrongs and criticise the union,” she stated.

Citing her experiences during her tenure, Diana Hopeson said her comments were not a figment of her imagination but real happenings that were derailing the industry’s progress.

“I can say this on authority because I have seen it happen so many times. There were many times when I personally had to call certain artistes to ask them to come for MUSIGA meetings.”

“Some of them would give genuine reasons why they could not make it while others would simply give flimsy excuses and not show up at all. This is the truth and this kind of attitude obviously doesn’t augur well for an industry’s growth,” she stated.

The If Jesus Says Yes singer asked musicians to remain committed to MUSIGA and other associations, not to only help themselves but push the industry forward.

“I believe that instead of abandoning the associations and regulatory bodies, artistes should rather use their influence to bring positive changes and create awareness of some of the challenges of the industry. You are right at the forefront of the industry so you can tell its needs and what should be done.”

“You cannot do it as an individual so use your influence for the benefit of the industry so that when your time is over, you will still remain relevant to the industry.

"This is because you will not always be in the spotlight, another person will take your place, but if you want to leave a lasting mark, impact the industry positively,” she noted.

Diana Hopeson also used the occasion to wish Ghana peaceful elections on December 7 and called on everyone to play their roles well to avoid conflict.

“I want to encourage every Ghanaian who is eligible to vote to do so when the time comes. At the end of the day when the results come out, it will mean Ghana has spoken so we must all accept the outcome.”

“After the results, let us all leave our political colours and come together as a nation to build a better Ghana,” she added.