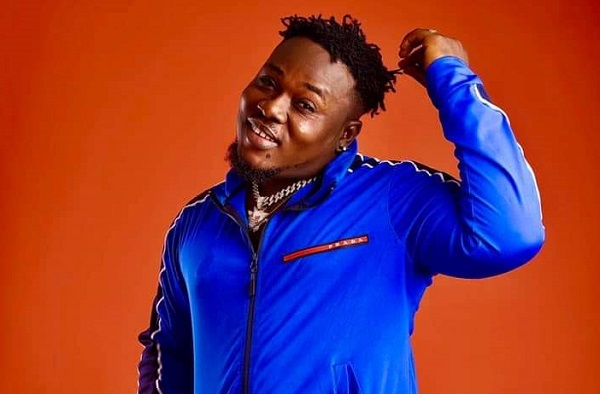 Ghanaian musician Nii Funny has walked back his explanation for not marrying a woman from his own ethnic group.

The singer, who is a Ga, in defending his decision to marry an African-American woman said Ga women were scared of him before adding that they were fond of begging for money and did not like working.

Speaking in Ga, Nii Funny in an interview on Accra-based Okay FM said:

They don't like me. They fear me. They think I will not take them anywhere. One thing I don't like about the Ga women is that they like begging

However, he has apologised for his comments which triggered a section of his fanbase on social media.

The Gbogbo hitmaker said news reports from his interview generalised his comments to mean an attack on all Ga women.

He added that Ga women were worthy of respect and emulation because of their contribution to all aspects of national development. 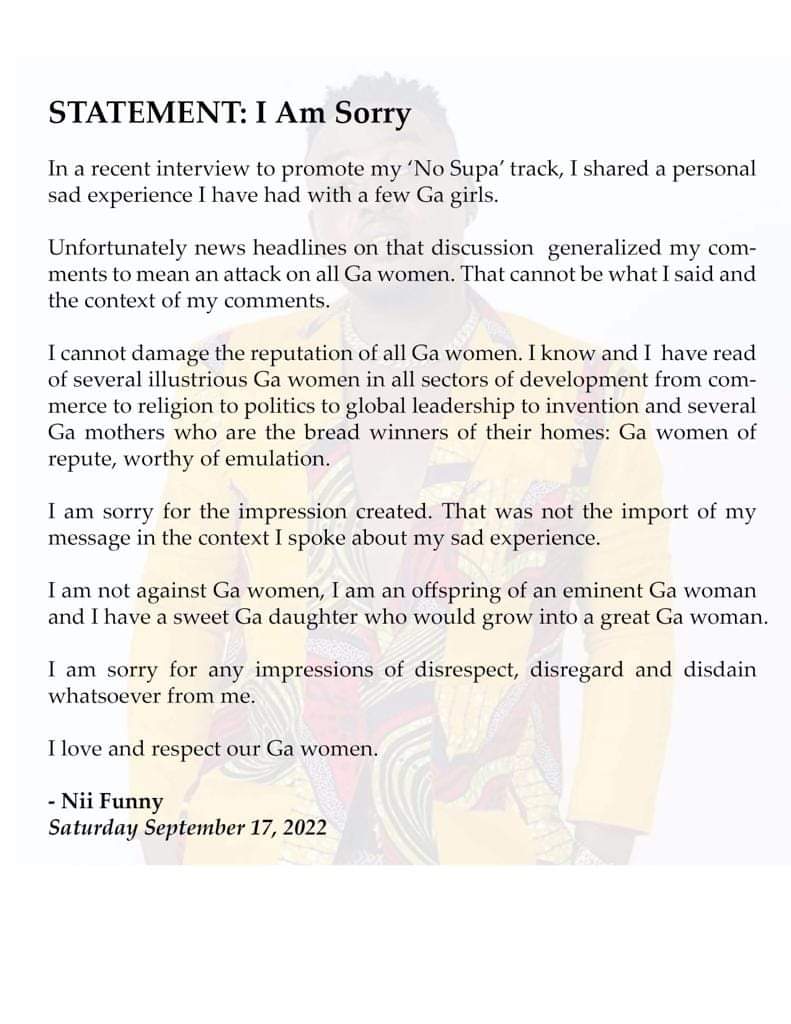 "I cannot damage the reputation of all Ga women. I know and I have read of several illustrious Ga women in all sectors of development from com merce to religion to politics to global leadership to invention and several Ga mothers who are the breadwinners of their homes: Ga women of repute, worthy of emulation," he said in a statement.

"I am sorry for the impression created. That was not the import of my message in the context I spoke about my sad experience.

"I am not against Ga women, I am an offspring of an eminent Ga woman and I have a sweet Ga daughter who would grow into a great Ga woman".