My successes are for the comedy industry —Clemento Suarez 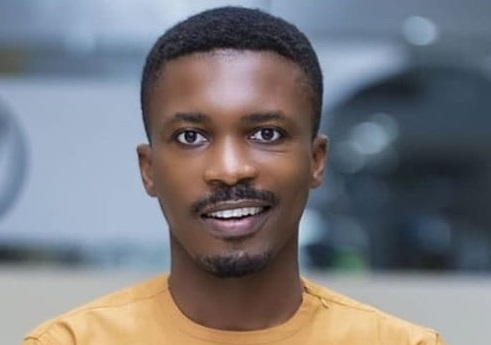 It is no news that comedian Clemento Suarez is soaring in his career; day in day out, he keeps receiving praise from all angles, from followers on social media to players in the entertainment industry.

While it is something that could make him big headed, Clemento Suarez told Graphic Showbiz that his successes were for the entire industry.

“I am really humbled by all the praises I get on a daily basis but one thing I know for sure is that, whatever it is, it is a win for the entire comedy industry. I will not sit here and take it all, there were others before me and they paved the way for some of us.

“Even though such praises are encouraging and appreciative, I want to believe that I am not where I want to be. There is so much I can do, so I will not let this get into my head. It only means that the comedy industry is doing well, it has a lot of prospects,” he said.

While his success might seem overnight to some people, he revealed that he always knew that one day he would become a household name.

“Of course, I knew I will get here one day. Right from my days at the university, I had the fame from campus, so I had an idea of how things were going to turn out,” he said.

One of Clemento Suarez’s best traits is the impersonation of characters and he disclosed that it was not as easy as he made it look.

“It is not an easy thing, you need time to study the character, practice over a period of time so that you can get your act right.

“However, if you are fortunate to have the physical stature of whoever you are impersonating, it makes the work much more easier but if not, it means you have to look for something else about the person to mimic,” he explained.

His impersonation of actress Nana Ama McBrown on UTV’s Day with the Stars on January 1, 2021, received mixed feelings as some people were not comfortable with him dressed as a woman.

“I read those comments and I felt they were uncalled for. I am impersonating a female host and I can’t wear baggy jeans to do that, it was all an act,” he said.

Clemento Suarez, whose real name is Clement Ashiteye, said he had plans of taking his craft international and work was going to make that dream a reality.

“I want to go places and do more, I want to go international and learn more. I believe knowledge never ceases so I intend to do more tours, more collaborations, among others,” he said.

He urged his colleagues and fans to always know their worth. “We should be vigilant so that event organisers do not take us for granted, we should also learn more, sharpen our punchlines, among others.

“Fans should also give us time to grow. It is like once you start something, the fans put you in a particular corner, they expect you to grow at a particular rate, very fast,” he added.

Police hunt for contractor who stole equipment worth over GH¢1.6million