Music is business, learn it — Mercury Quaye to GH acts 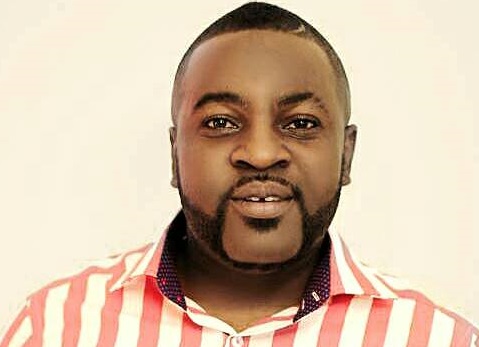 Organiser of the Ghana DJ Awards, Merqury Quaye, has charged Ghanaian artistes to become well versed in the business side of music to better influence their songs’ popularity.

According to him, it was unfortunate that artistes hastily pointed accusing fingers at DJs when their songs failed to become hits or went viral.

In a conversation with Graphic Showbiz, Merqury Quaye said such critics should rather be blamed for their poor knowledge of the business aspect of music.

“It is really interesting that our artistes are always blaming DJs when their songs fail to make hits. They fail to realise that producing good songs is never a guarantee that they will go viral or be hits.”

“Truthfully, the problem with some of our artistes is that they don’t even understand the business modules of music production because if they did, they would know that DJs are music influencers and key partners.”

“While the musician and producer handle the music production, the promotion is in the hands of the DJ, who is an authority when it comes to music. Interestingly, our musicians don’t even understand this business module of music and don’t give DJs the utmost recognition they deserve.”

Read also: Be bold, tell your artiste the truth —Trigmatic to managers

“If I were a musician, I would put the DJ within the top three but many musicians haven’t had an understanding of this and think that getting your songs viral is autopilot and want to employ crude ways to engage DJs.”

“Most of the musicians do things anyhow; they will just send email and Whatsapp messages. Do you think you are in for serious business when you send a Whatsapp or email to a DJ about your song and don’t even follow up on it?”

“I mean it just ends there and you think the DJ owes you by automatically playing your songs. There should be a strategy for the promotion but unfortunately, that doesn’t happen and DJs are blamed for such lack of business insight,” he said.

He mentioned that Ghanaian music consumers were getting influenced by foreign songs they came across on the Internet and DJs had a role to play in making local songs appealing to the audience.

But speaking to the subject, Merqury Quaye, who is also a presenter with Hitz FM, rather accused Ghanaian artistes of leading the pack to sway listeners away from Ghanaian music.

“There again, the DJ is blamed but what is the crime of the DJ when they only go with what is on demand. As a country, we have Highlife and Hiplife that our artistes should project. But no, they will go and search for foreign sounds and come and feed us with it.”

Read also: Improve on what you are good at – OJ to musicians

“When it catches on and the DJs pick on that since they depend on feedback from the public, they will quickly be blamed for giving attention to foreign sounds.”

“Today, there’s a new sound called Amapiano that our artistes are jumping on and it is really catching on fast with Ghanaian music consumers. DJs didn’t bring it; the artistes started it and it’s gaining solid grounds.”

“In a few years, people would want original Amapiano and DJs will have no choice but to play the ones from its origin, South Africa, and I know when that happens, another blame game will begin,” he stated.

Merqury Quaye told Graphic Showbiz the formation of the DJ Union of Ghana (DJUGA) was aimed at tackling pertinent issues in the Ghanaian music industry.

“Thankfully, Ghanaian DJs have a union, DJUGA, to settle such matters of concern to the industry. Again, the union is expected to streamline many things including the persistent ones that set the agenda for meaningful conversations,” he stated.