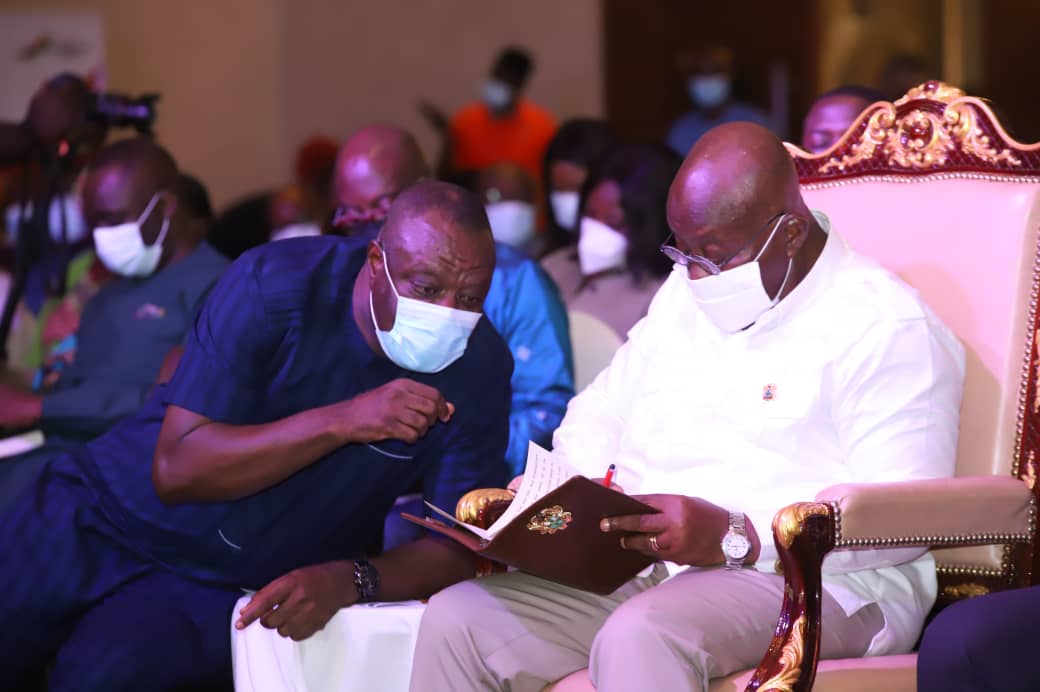 President Nana Addo Dankwa Akufo-Addo has called on Ghanaian filmmakers to make Ghana a hub of film production in Africa and also to show more creativity and innovation to satisfy international audiences.

He was speaking at the launch of the Presidential Film Pitch Series at the Movenpick Ambassador Hotel in Accra on Wednesday, April 28 under the theme, Strengthening The Ghana Film Ecosystem.

According to the President, government through the Ministry of Toursim, Arts and Culture and the National Film Authority has brought together film producers and distributors to put together a project that is expected to create 6000 jobs for Ghanaians.

“Hollywood supports the American economy with 22 million jobs while our neighbouring Nigeria, Nollywood contributes 600 million dollars to the country and one million jobs. Fortunately Ghana has the National Film and Television Institute (NAFTI), the only training school in the sub region so we should make Ghana a hub of film production in Africa,” he said.

“Today marks an exciting milestone in our country especially in the creative arts sector, it is also a vindication of the choice I made to appoint Dr. Ibrahim Mohammed Awal as the Minister of Tourism, Arts and Culture.

“Culture is the very foundation of society, customs tells us where we came from. Even though the film sector has been private sector driven over the years, considerable gains have been made. I am happy the creative arts bill was passed by the 7th Parliament.

According to the President, government recognizes the importance of the film industry and challenged the Ministry of Tourism, Arts and Culture and the National Film Authority to make it succeed, “We are the safest country in Africa, this should help with the development of the Ghana Film Industry.”

He concluded by assuring everyone that the opening of the cinemas is under constant review by the COVID-19 task force and hopefully we will hear from the task force very soon.

On his part, the Minister of Tourism, Arts and Culture Dr Ibrahim Mohammed Awal said the the arts, ie film and music are big money avenues.

“We want our filmmakers and artists to become rich and comfortable. We want to help produce 200 movies each year which means 40,000 jobs every year. We are working very hard with the private sector to produce multi-purpose film studios.

“The Tourism, Arts and Culture sector will generate 5billion dollars next year. I encourage everyone to support us achieve this dream,” he stated.

Giving her opening remarks, Ms Juliet Yaa Asantewaa Asante said the purpose of the gathering is to celebrate the Ghanaian filmmaker, “Today our focus is on the Ghanaian film entrepreneur, the Presidential Pitch Series addresses a huge gap in the system. This will help Ghana become a film hub in the sub-region.

Juliet Asante then introduced all 25 filmmakers whose works have been selected for the Presidential Pitch Series.

Present at the event were Ministers of State, Members of the Diplomatic Corps, CEOs of Missions, Heads of Institutions, filmmakers, actors and movie enthusiasts.