Lil Wayne refused entry to the UK to perform at festival

US RAPPER, Lil Wayne is unable to perform at a Cambridge festival dubbed Strawberries & Creem this weekend after he was denied entry to the country.

The US rapper was due to take to the stage at Strawberries & Creem on Saturday, but a message on the event’s website said he had been “refused entry to the UK directly by the Home Office in a last minute decision”.

Lil Wayne – who has prior convictions – will now be replaced on stage by Ludacris. 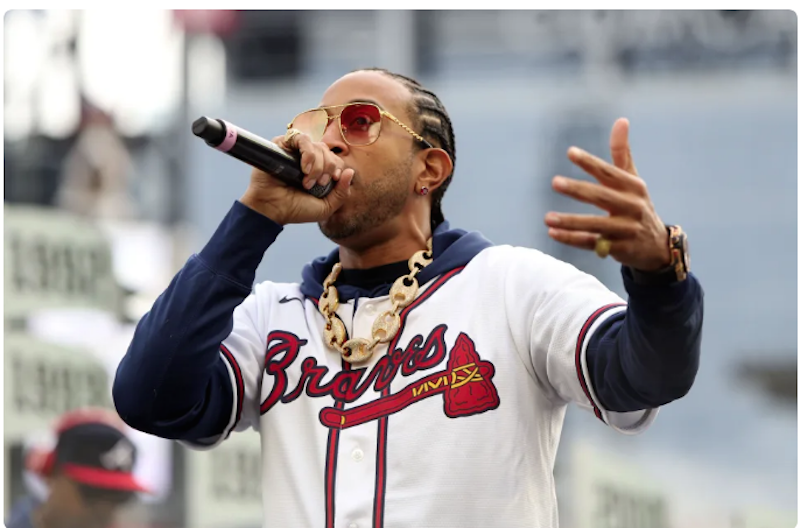 Ludacris will perform at the festival instead. (Brett Davis-USA TODAY Sports)

The statement said: “Due to extreme circumstances beyond our control or influence, we are very sorry to inform you that Lil Wayne is now unable to perform at the festival on Saturday 18th June.

“Lil Wayne has been refused entry to the UK directly by the Home Office in a last minute decision.

"We are deeply disappointed by this sudden and negative ruling.

“We have received very minimal notice, and the timing of the decision is of course upsetting for all involved – including Lil Wayne’s fans, as well as the festival team.” 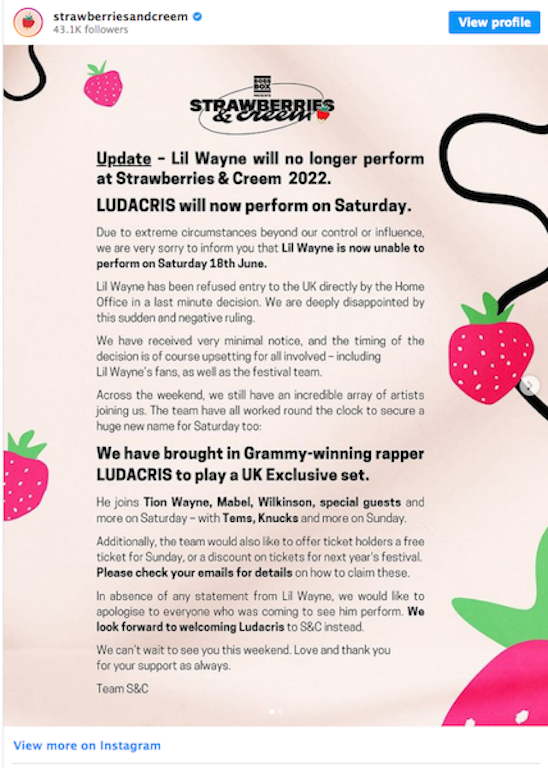 A Home Office spokesperson told Yahoo in a statement: “Any individual who has been sentenced to a custodial sentence of 12 months or more must have their application refused.”

The star, whose real name is Dwayne Michael Carter Jr, was charged with charged with possession of a firearm and ammunition in 2019.

He could have been facing up to 10 years in jail but was pardoned by Donald Trump when he was the US president.

Other acts on the bill for Strawberries & Creem include Tion Wayne, Mabel, Wilkinson, Tems, Knucks and David Rodigan.