Kwabena Kwabena is mine 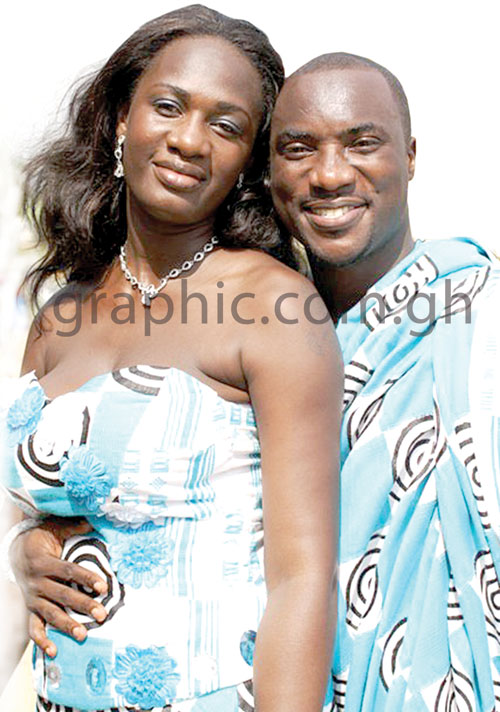 When Abena Owusua Adu made the decision to marry popular highlife musician, Kwabena Kwabena in 2011, many voices in showbiz circles were of the opinion that it was a bad decision.

Two years and a baby later, Abena says confidently “Marrying Kwabena Kwabena has been very good; I can confidently say that I have never regretted marrying him.

“We do fight sometimes like most married couples do but we settle our differences without letting any third party hear of it. He is a sweet person and the best thing that ever happened to me” Abena happily said.

According to her, not every woman would have taken the decision she took  to marry Kwabena Kwabena considering the many negative things that were said about him mainly over his alleged skirt chasing  behaviour but she chose Kwabena Kwabena not for anything but love.

In response to  how she had dealt with her husband’s many lady admirers, a smiling Abena replied: “He is married to me and no other lady. I know with the kind of songs he does every lady would love to have him as a partner but he is mine.

Whenever he is performing and ladies scream out his name, all I say to myself is, how lucky I am  to have Kwabena Kwabena as a husband . The ladies will scream alright but at the end of the day, I am the one who will take him home”

Abena  revealed that  there have been  times when Kwabena Kwabena  has been down due to negative stories about him in the media but she encourages him not to let any of those bother him.

“If Kwabena Kwabena is down and I am also down who will encourage the other, I have to be there for him all the time and make sure everything is alright with him. But I can say that he is a really good man every lady would love to have as a husband.  He is always home to take care of the kids when he is not performing”, Abena said.

She said anyone who truly wants to know the real Kwabena Kwabena should get close to him and will know he is a really good man.

Kwabena Kwabena who wouldn’t want to talk much about his marriage said “my wife is simply the best woman in the world.  I have said it every where I go that I have made the right decision choosing Abena as my wife, she is simply sweet”