Kojo Dadson was down to earth - colleagues pay tribute 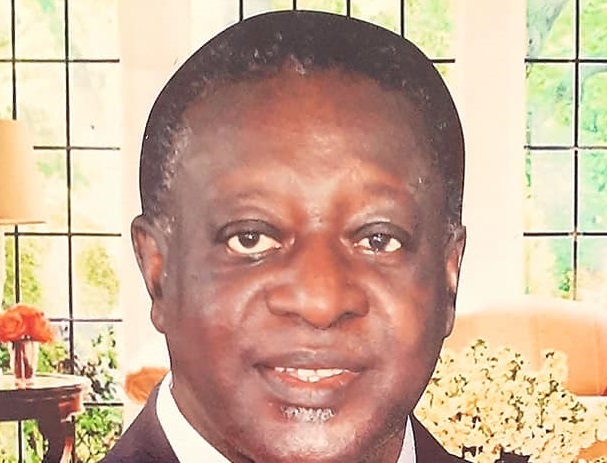 Since news of the death of actor Emmanuel Kojo Dadson was announced by family on Wednesday, February 10, many showbiz personalities and those outside the circle have been paying tribute to the man who blessed the screens with his acting prowess.

Actors who had the opportunity to work with him in the popular television series, Sun City and Home Sweet Home, all described him as down to earth.

In an interview with Graphic Showbiz, Rama Brew, who played the role of Kojo Dadson’s wife in Home Sweet Home, said he was very humble.

She mentioned that even though he was experienced, he treated every cast member respectfully and gave the young actors the chance to always prove themselves.

“Kojo was a great actor and fun to be with. He was also down to earth and his absence following his ill-health and now his death has left a big vacuum,” she stated.

Evelyn Addo played their daughter Nina in the series. She wrote on social media that Ghana had lost a legend. Describing him as “Dr Love”, Nina said her screen daddy would forever be in her heart.

“Rest In Peace Kojo Dadson. Ghana has lost a legend. My screen daddy, forever in our hearts. I will miss him dearly. Dr Love, till we meet again,” she said.

OJ Blaq, who played a student of Kojo Dadson in Sun City, said though he had heard of his demise, he had not mustered the courage to read about it online because he was devastated.

“He was a nice person and we used to do many things together. He was a good man and always willing to help. I couldn’t even read the news of his death because I was so sad. He was down to earth and always ready to push others up. That’s what drew me to him and I will forever appreciate his positive influence in my life,” he stated.

In the words of Ignatius Dacosta Gaisie, who trained at Mr Dadson’s acting school, BG Talent Institute in Accra, he was the mentor every young actor or producer could seek professional guidance from.

“Mr Kojo Dadson was a father, mentor and friend. He taught me many things I know in showbiz and entertainment today. He always took me to the set of Home Sweet Home and I learnt many things until I secured my first movie role. Words fail me but I know Dr Love’s legacy lives on,” he stated.

Kojo Dadson was a prolific actor who featured in a number of productions such as Love Brewed in an African Pot, Run Baby Run, Home Sweet Home, Sun City, Hotel St James, Doctor Love among others. He earned a reputation for his humour and comedic acting.

He suffered a stroke in 2012 while doing what he loved best, acting. He died at age 68.